A Sugihara-inspired Honeymoon in Kaunas? Sure!

The story of the Japanese diplomat, linen, nature and cold pink soup were among the highlights of Masaaki’s and Saki’s stay in Kaunas. 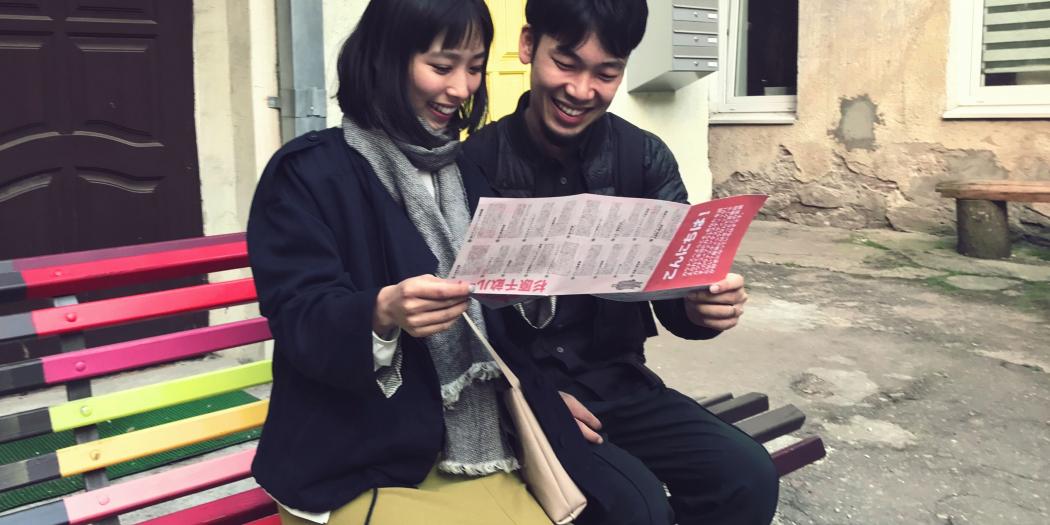 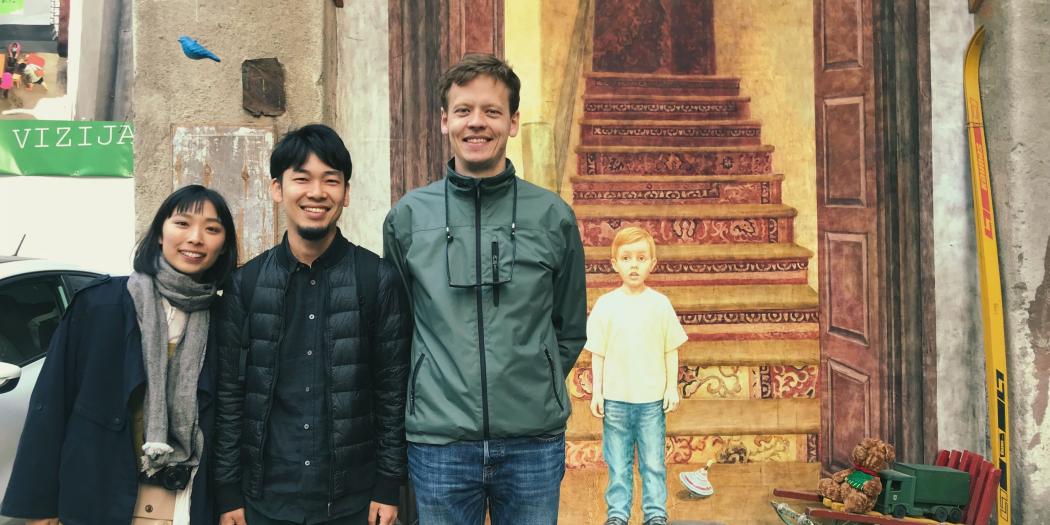 “Persona Non Grata”, a movie about Chiune Sugihara, the Japanese diplomat that issued thousands of visas and therefore saved thousands of lives before WW2, was only shown a few times in Lithuania. In Japan, however, the movie was a huge success and became a source of inspiration for Japanese travellers seeking for new countries to visit. We’re not exaggerating here – Sugihara House, a museum established in the former Japanese consulate, is experiencing a constant growth of tourists, and we’ve just met two of them! 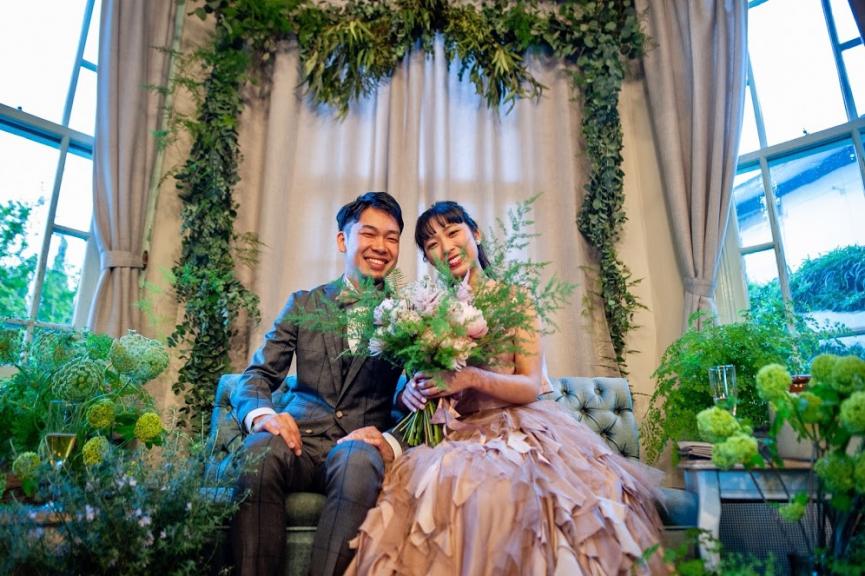 Masaaki and Saki married in May. Congratulations! Photo from the family archive

Masaaki and Saki Aida, newlyweds from Osaka, Japan, have chosen Kaunas, the city of Sugihara, as the last stop of their honeymoon – how kaunastic is that?! “We were impressed by the movie and decided we want to go to Kaunas”, explained Masaaki. In fact, there’s a Lithuanian behind the story. Kaunas-born Nedas Abaris who had met Masaaki and Saki while visiting Japan recommended the movie to his friends. Of course, he helped them with the itinerary in Kaunas, too. Vilnius, Riga (Latvia), Tallinn and Tartu (Estonia) were the other cities the newlyweds visited during their trip. 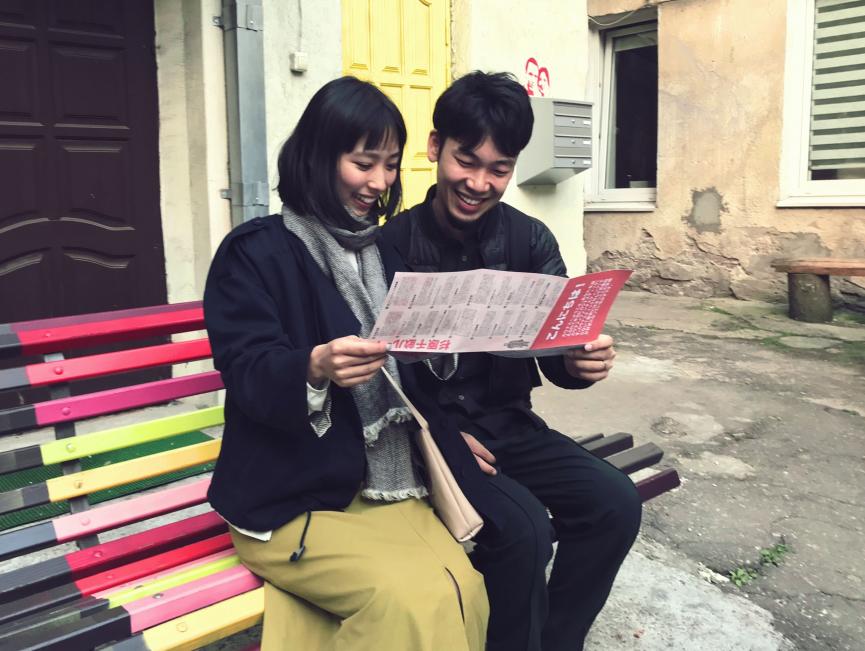 Masaaki and Saki chose historic Metropolis hotel for their stay in Kaunas, and they had a good reason for that – this is the very same hotel where Sugihara stayed after the Japanese consulate was closed. While staying at the hotel, he continued issuing visas for Jewish refugees. The aforementioned Sugihara House, of course, was the first stop of our new friends – in the museum, they were met by a Japanese student who told them all about the story of Sugihara.

The guests of Nedas had plenty of possibilities to try traditional and adopted Lithuanian food including zeppelins, cold beetroot soup better known as šaltibarščiai (more in it here) and herring in a fur coat. The Japanese assured us they enjoyed almost everything! In fact, Nedas invited them to a šaltibarščiai making party at a friend's place – who knows, maybe Masaaki and Saki will bring the recipe to Osaka? 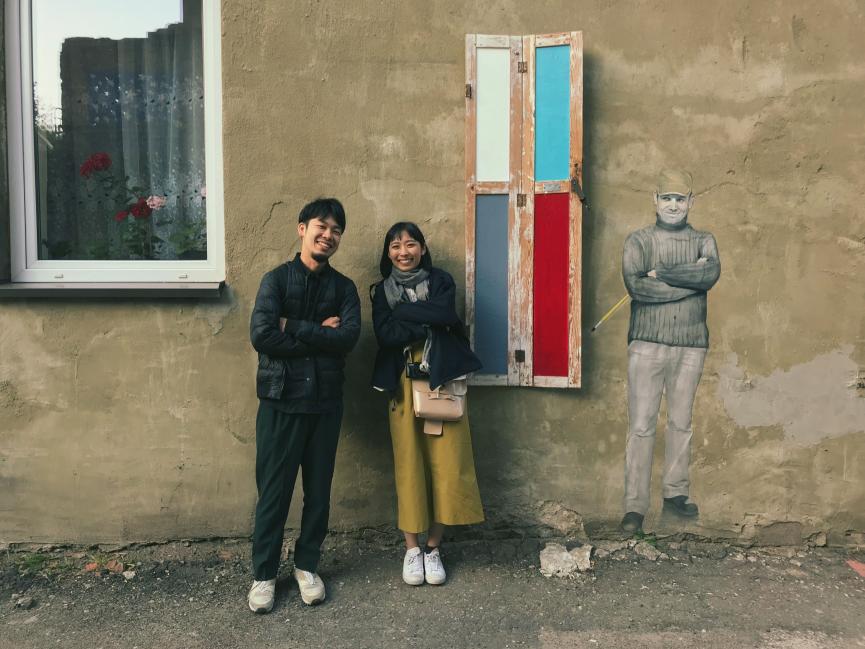 As both of our new friends are designers (Masaaki works as a product designer, and his wife works with textile), they’ll bring home some design items, for sure. For example, a sweatshirt by “Full of Me”, a fashion brand based in Kaunas.

The couple also visited “Cozy Homes”, a linen salon ran by Asta Kavaliaskaitė, the co-organizer of Sugihara Week in Kaunas and a very important person concerning building bridges between Kaunas and Japan. In fact, Lithuanian linen clothing is getting more and popular in Japan – we’ve even blogged about a shop in Hiroshima called “Little Lithuania” (read the entry here).

Masaaki and Saki also found time to visit the baroque Pažaislis monastery complex, Juniper Valley and the open-air museum of Lithuania in Rumšiškės. Saki mentioned they were impressed by the scale of nature in the surroundings of Kaunas. 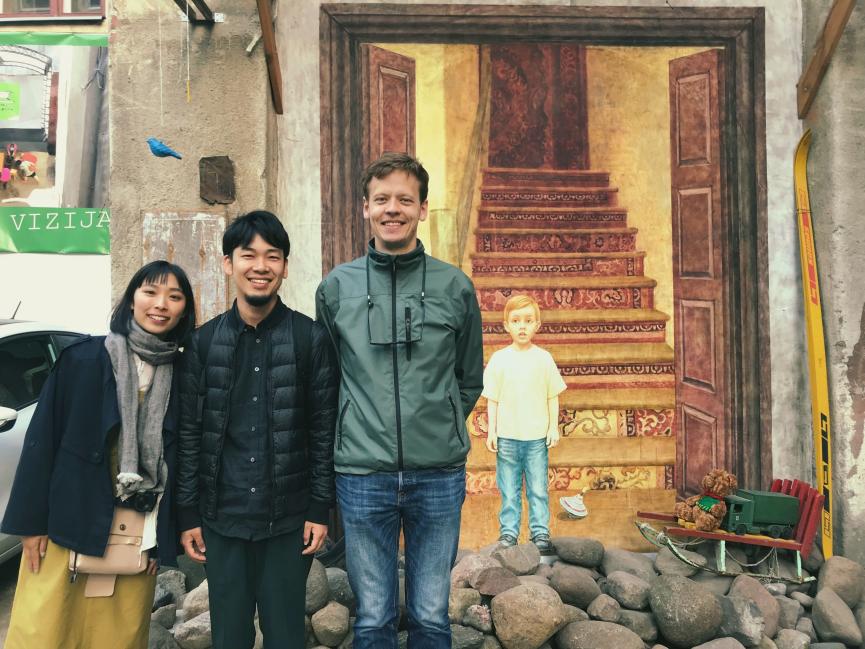 Those of you who have already visited Kaunas might have understood we’ve met the Aida family and Nedas in the Yard Gallery. It’s the only gallery in Kaunas open 24/7 – and always under construction! Vytenis Jakas, an artist who moved into a house in this courtyard more than a decade ago, noticed that neighbours are alienated – they had forgotten the collective past of the yard. Jakas received great support when he started transferring photographs of the Jewish families – who had previously lived here – on the walls. One after another, new objects continue to appear in the yard and are an excellent source of inspiration for everyone.

Interested in the story of Sugihara? You can download the “Sugihara Route” map (available in Lithuanian, English and Japanese) here or pick up a free copy in Kaunas IN Tourism information centre and Tourism friendly places in Kaunas.