Vernacular Architecture of the 90s in Kaunas

Construction freedom exploded in many forms, but often in the shape of a semicircular arch, a castle silhouette or a baroque ornament The article was published in the February edition of Kaunas Full of Culture magazine. You can find it on ISSUU.

In the transforming Soviet empire of the late 1980s, Lithuanians were able to enjoy more and more freedoms. Whether it was a right to finally engage in business legally, to sing the national anthem again or have an opportunity to express different ideas publicly: almost everything around us was pointing to the changing times.

Yet another aspect was of great importance to a Lithuanian person. After a long break, the ideological constraints related to the sacred fortress of each and every Lithuanian – their house – were starting to weaken. One by one, documents forbidding the construction of individual houses or limiting their sizes in big cities for many years were being thrown into trash cans. Finally, with the return to independence, the broad freedom also returned to the horizons of construction.

This freedom exploded in many forms, but often in the shape of a semicircular arch, a castle silhouette or a baroque ornament. On the one hand, people wanted a house as big as possible and attributes of luxury. On the other hand, quite often this concept of good life was borrowed from, let’s say, the first telenovelas that appeared on our TV screens or, for example, when interpreting the shapes of mansions seen in childhood. And this is understandable, given that for almost 50 years people lived under the regime with strictly prohibited the flow of information and the evolution of aesthetics had been monopolized by intercommunicating heads. In parallel, in the sphere of professional architecture, postmodernist trends continued to spread across Lithuania, which, borrowed from foreign examples, some architects perceived quite straightforwardly. There was a point somewhere where these two worlds met and did not always contradict each other.

But the person building the residence of his dreams often wanted a house with as much of his own heart and imagination as possible. After years of taking orders from above on what is allowed and what isn’t, what should and shouldn’t be done, people wanted to do things their own way. The land reform of the first version of the modern republic, with the individual homestead program that was destroying the serfdom-symbolizing villages, promised individuality to the parents or grandparents of the Lithuanian of the time with their own land and, albeit modest but nonetheless their own, homestead. 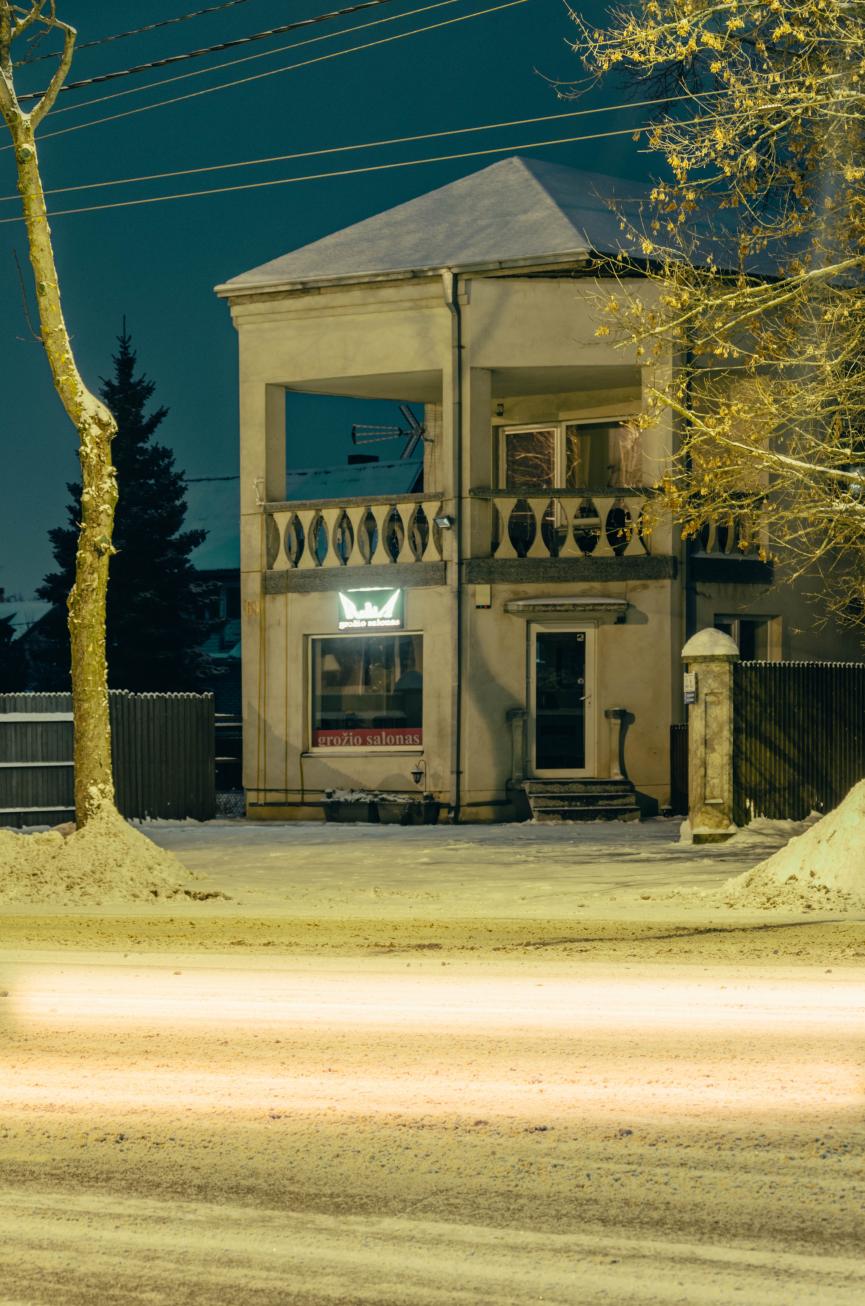 In Kaunas, a city with a tradition of the individual house that can be traced to the same time, the pursuit of a personal residence was deeply rooted. Whether it was villas on Perkūno Avenue or small cottages somewhere around Žaliakalnis Market – a frequent Kaunas resident always saw the town homestead in front of him and accepted it as an ideal. Here, too, there was a sense of injustice, with no alternative to living in a communal block or even in a communal flat. That mythical entrepreneurial gene of Kaunas residents, which survived the Soviet period and now gained new opportunities for realization, should be mentioned as well.

Now, with all these new opportunities, people wanted not only individuality but also for it to reflect the result of these opportunities. What they wanted was something radically different from the slabs of alytnamiai (prefab houses produced during the Soviet period in Alytus) or the silicate triangles of the so-called three-arc roofs. And definitely something very different from the featureless rectangles of microdistricts. Sometimes architects’ postmodernist interpretations – occasionally not superficial – were enough.

But many wanted to add something from themselves. Sometimes almost the whole project. And at times the boundary between the owner’s wishes and architect’s suggestions was invisible. Former wastelands of Kaunas’ suburbs suddenly had towers, arches, and columns emerging, with bannisters surrounding large terraces. Arcades were separating living rooms from hallways and a swimming pool in the basement, riveted in mosaic tiles had become everyone’s dream. 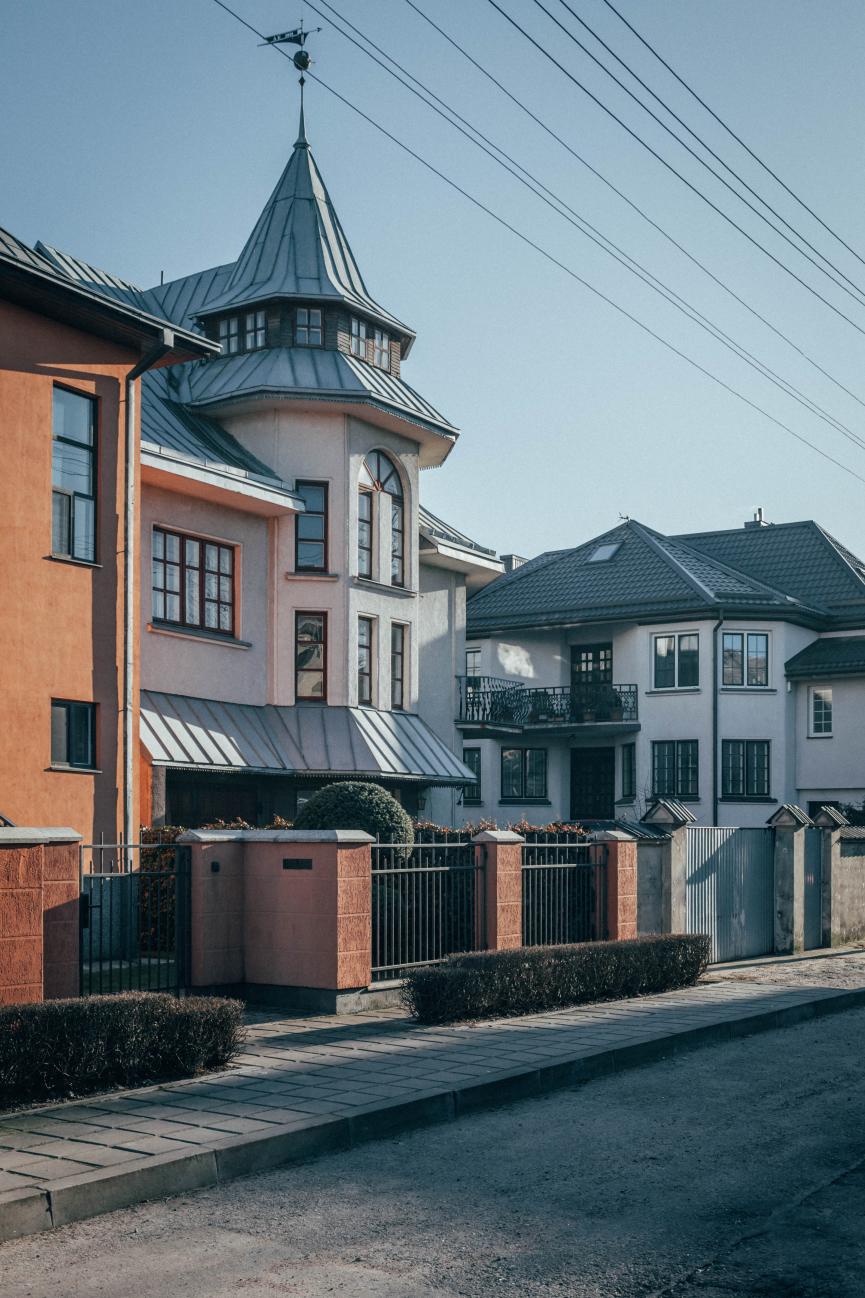 For the most part, these were not buildings that, to put it mildly, would bring delight to a snob. Some architects today have long renounced their signatures on the blueprints of those times. Despite everything, that architecture reflected transformation and change even if not always mature. And while it is true that some of these buildings have links to perhaps the shadier phenomena of the society of the time, far more of them are a monument to the country’s emerging business. It would be difficult to count today how many walls back then built with the money made with Opels and Fords that found their way through Poland under difficult conditions to the city’s car market. And although similar architectural phenomena have spread over many countries of the former Eastern bloc, Kaunas exhibits were different from, for example, Russian castles decorated with uncontrolled plaster cakes. The buildings here were even different from the ones you found in Vilnius or Klaipėda. 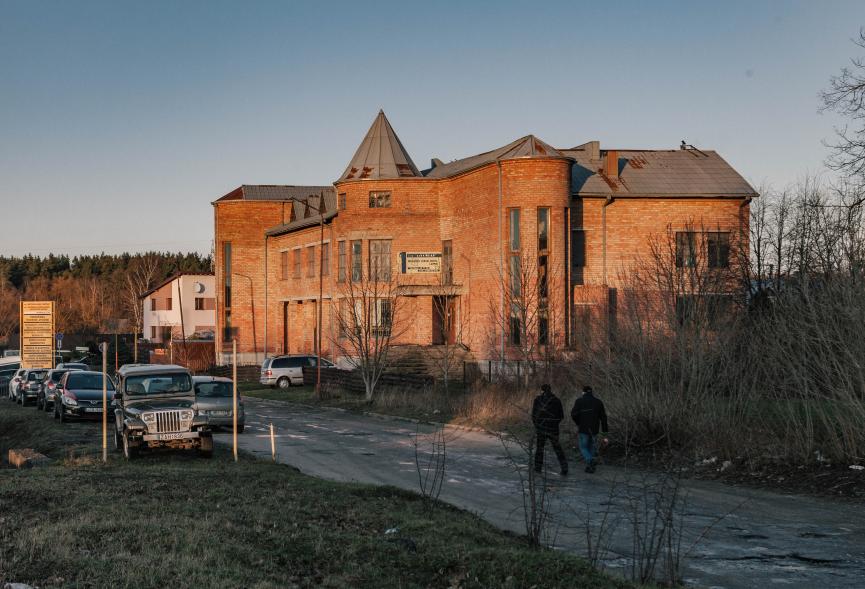 Perhaps the Kaunas-specific calculations determined the fact that the new haciendas of the city were barely untouched by a widespread disease of the time when huge, unfinished skeletons of buildings spread around the outskirts of other cities. There were only a few like that in Kaunas. And yet, these buildings that very aptly reflect the chaos, optimism, and quests of the time are disappearing at a fairly rapid pace. Will these constructions that reflect the era better than anything else survive?