Up to 15,000 residents – usually those not invited to elite parties – would gather in the War Museum’s garden before midnight. The festive marathon is almost over – in fact, you might be reading this in 2020 already! Nevertheless, the story (a handful of glimpses to the past, to be precise) below is already history. So, what were the main things to do in Kaunas before WW2, when it served as the temporary capital of Lithuania? It is called the golden era for a reason…

The article is based on an interview with Justina Minelgaitė, historian of The Historical Presidential Palace of the Republic of Lithuania. Original story in Lithuanian was published by LRT. 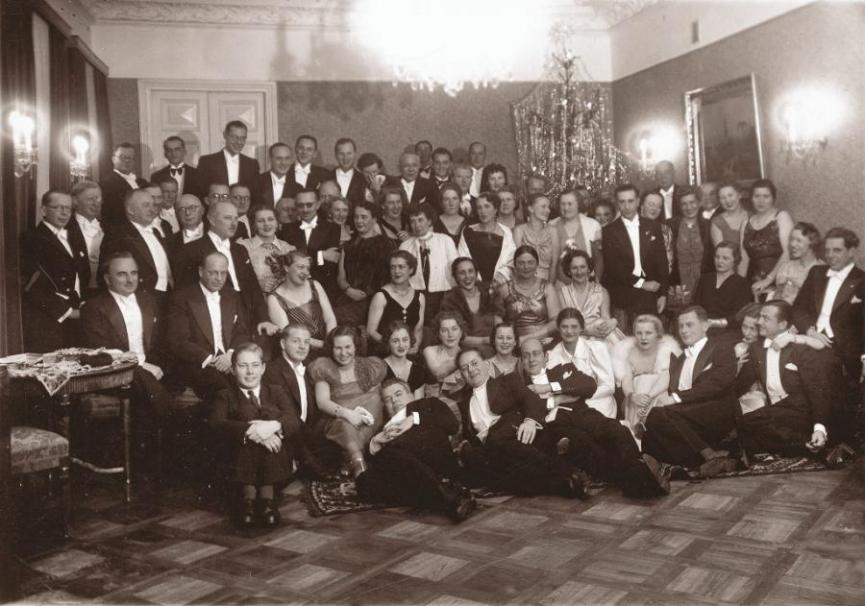 New Year’s Eve only became a significant holiday in Lithuania later, after the Soviets occupied the country. Traditionally, especially in rural areas, people still followed ancient habits and celebrated Christmas, and then, in a month or so, Mardi Gras, called Užgavėnės in Lithuanian. Of course, Kaunas, a modern growing city, was a city bustling with Western ideas; thus, new traditions began to take shape earlier than the rest of the country.

The residents of the temporary capital tried to look fancy on the last day of the year – barbers and beauty salons worked long hours, opening at 7 am and closing as late as 10 pm. That was unusual compared to government institutions that were only open until 2 pm (that is because many employees attended university afterwards). We wonder if they charged extra? They could, as well as taxi drivers, who had plenty of work taking ladies ant gentlemen to their homes and event locations.

What about the main Christmas tree? Apparently, there was none, although people did decorate trees at their homes (the trend began in 1919). Today, the majority of residents gather at the Town Hall Square, and back in the days, starting in 1922, they’d meet up in the garden of War Museum (it’s still a location to meet the New Year today – half an hour before midnight, there’s usually a carillon concert).

The museum itself and the bell tower used to be illuminated; there were even illuminated proclamations about Vilnius as the heart of the country – after all, the museum is the symbol of Lithuania’s bumpy road to independence, and Vilnius was under the Polish rule between the wars. Even the fireworks matched the colours of the Lithuanian flag! Up to 15,000 residents – usually those not invited to elite parties – would gather in the museum’s garden; the celebrations were broadcast on the national radio. Of course, the programme included singing the National Anthem. No fireworks? No problem. People would shoot their pistols in the air.

The elite usually gathered at the State Theatre (today Kaunas State Musical Theatre). All the important men and women watched Traviata and then celebrated in separate halls. At the end of the 1930s, the grand building of the Kaunas Garrison Officers’ Club was finally opened; it became the must-be place for the elite, including army generals, diplomats, governors etc. President Antanas Smetona and his wife Sofija would show up right before midnight. They’d leave in an hour or so, as the family would be hosting official visits on January 1, but the party used to continue until wee hours – Kaunas was a thriving European capital, after all! A thousand people could fit in the main hall of the Officers’ Club. 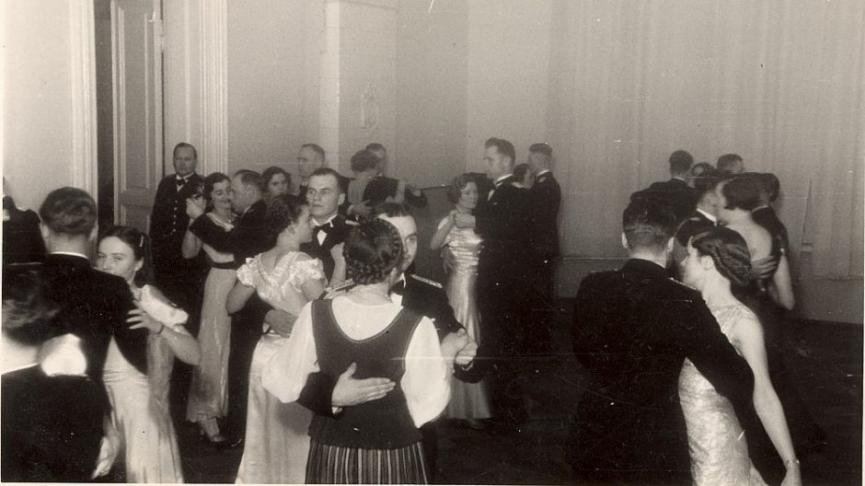 You can find out more about festivals, rituals, traditions and daily life of interwar Kaunas in The Historical Presidential Palace of the Republic of Lithuania (part of the M. K. Čiurlionis National Museum of Art network). They have the most kaunastic exhibitions and guides!