A Burgomaster to Remember

Jonas Vileišis was the first mayor of Kaunas in the interwar era. Here’s a story about why this man is so important for our city. A king-size bronze statue of Jonas Vileišis, the first Mayor of Kaunas, was unveiled in front of the central post office in 2017. Later, it was moved to the Town Hall Square – the reason was pragmatic, as construction took place in Laisvės alėja. But, the truth is, Town Hall was the office of Vileišis, so it’s kind of more accurate now. The Burgomaster, as mayors were called back then, is rushing home with his briefcase, but happily poses for pictures with visitors of Kaunas. Here’s a story about why Vileišis is so important for Kaunas. Written by Paulius Tautvydas Laurinaitis, it was published in Kaunas Full of Culture magazine in October 2019.

In 1942 during the first days of summer in German-occupied Kaunas, the atmosphere was grim. Among other obvious hardships of the time, the news spread around the city that Jonas Vileišis had passed away. This is how the city and Lithuania lost the last of the three Vileišis brothers who had made a profound impact on public life. Many Kaunas residents considered J. Vileišis a patriarch of the modern Kaunas; the first burgomaster who made every effort to make Kaunas not only a habitation-friendly city but also a city that would match the title of the temporary capital. Still, his life was not limited to the role of the head of the city. Looking at his biography, the multifaceted experience of J. Vileišis seems to deserve much more recognition. 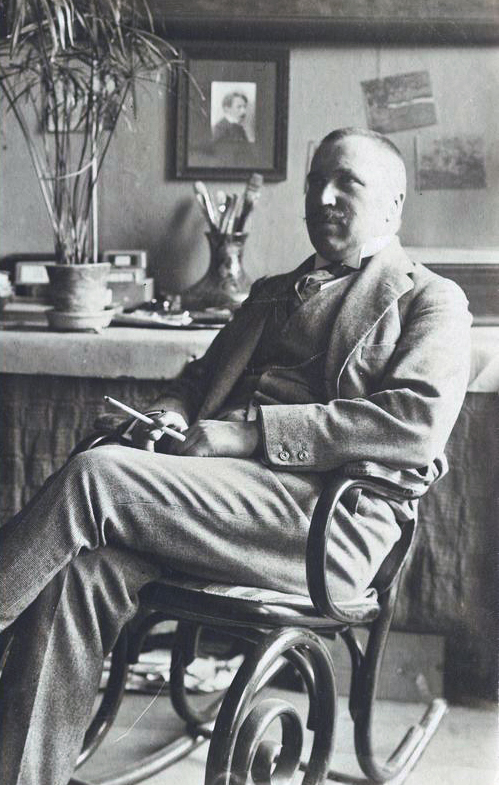 When J. Vileišis, at the end of his forties in autumn of 1921 became a burgomaster, it was a one more solemn duty for him but not a result of an end in itself career ambitions. J. Vileišis had already left such an imprint on the country’s history that it seemed he could have quickly taken a well-deserved rest. His name could be found on the pages of Varpas. Promotion of Lithuanian culture through publishing continued to be an important component of his life. It was him, who in 1909 founded one of the leading publications of the opposition in the interwar period – Lietuvos Žinios. Together with his brother Petras, they were among the co-organizers of the Great Seimas of Vilnius, an important point of national revival. Later he became a member of the Council of Lithuania. On the eve of the most critical day for Lithuania, together with M. Biržiška, S. Kairys, and S. Narutavičius, he drafted the Act of February the 16th and became one of the twenty signatories.

In the spring of state-building, he served for some time as the Minister of Internal Affairs and then as the Minister of Finance. Finally, he was entrusted with a high-level diplomatic mission to secure recognition of Lithuania’s independence from the United States and to establish contacts with Lithuanian Americans for the rebuilding of the state and financial support. For war-torn Lithuania’s needs, a loan of about one and a half million dollars (equivalent 20 million dollars today) was received, and potential business contacts were established. How did J. Vileišis find himself in the position of the burgomaster? For about three years after the restoration of independence, the city did not have a burgomaster. That was due to political disagreements on the issue between the representatives of the largest Polish, Jewish and Lithuanian factions, who formed the basis of the city council at the time. J. Vileišis had recently returned from his US mission and was seen by the local government, as a “man from the outside”, whose democratic worldview and organizational work experience was a perfect compromise.

In addition to such projects as the installation of water supply or sewerage system in the city or the development of bus transport system, which were described several times in the press, the social infrastructure was also being established at that time. Special attention was paid to education and fire safety. The building of schools, reading-rooms and the strengthening of fire safety was particularly important because, at the time when Vileišis became the burgomaster, Kaunas was constantly plagued by large fires and illiteracy was up to 30 percent. Unfortunately, some wishes of J. Vleišis would encounter financial issues or bump into walls built by interest groups. Because of that, Kaunas never got its electric tram and the re-planning of the city, often emphasized by the burgomaster, was progressing at a snail pace.

Burgomaster greatly contributed to the development of the administrative apparatus. In 1924, a fund for the construction of primary schools was established, much attention was paid to the development of the medical and sanitation department, and social care was considered as a matter of great importance. Even though clear priorities were set, efforts were made to improve all aspects of the city’s functioning as evenly as possible. He coordinated his managerial activity with his work in various other cultural, social or other organizations, from the Animal Welfare Society which was promoting the humane treatment of animals and was founded with the like-minded people, to Automobile Club established on his own initiative.

The establishment of the Union of Lithuanian Cities is an important mission of J. Vileišis. Founded in 1924, the organization united the burgomasters of all cities and towns in the country and functioned not only as a platform for sharing the experience or predicting common trajectories but also to strengthen the weak position of local governments at the time. It is noteworthy that the organization eventually became a sufficiently influential institution and significantly influenced the development of the country’s cities. In addition, the organization participated in the activities of major international city administration and planning federations, where it was mostly represented by J. Vileišis. The character of the burgomaster of the time is well illustrated by the fact that he greatly valued objective criticism. For example, in 1929, he told journalists that a “broad and unbiased information and consistent criticism of the Municipal work is the best help a municipal employee can get.” 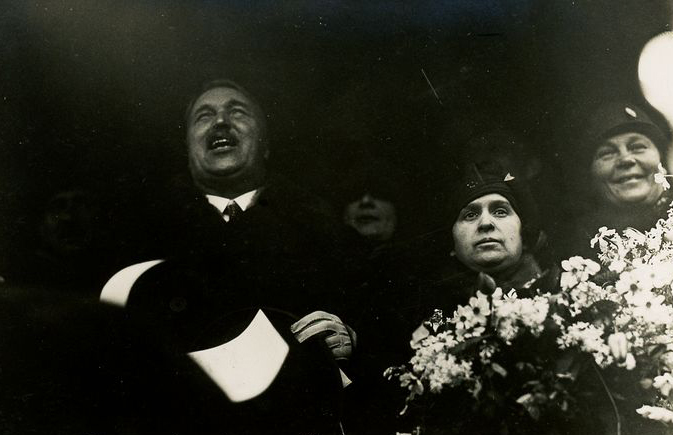 Although the political attitudes prevailing in state politics forced J. Vileišis – who had held the position of a burgomaster for almost ten years – to leave the post, he still remained an influential figure not only in Kaunas but also in the life of the state. In 1933 he became a member of the Lithuanian Council; In 134 he was elected to Kaunas City Council, and in 1935 he established the Rotary Club of Lithuania with his peers and was an active member of various international relations organizations.

The best way to finish the story about J. Vileišis would be with an observation made by his colleague, in regard to the burgomaster’s creativity, “... in this field, not a single burgomaster of Kaunas can compare to him ... Having developed the city of Kaunas, he has left his trace of genius in a variety of areas.”