Memorial museum of B. Sruoga

Wooden, modernist forms of house were designed in 1936 by architect Vladimir Zubov. House was owned by a famous Lithuanian poet, playwright Balys Sruoga. At  first house was built in the Lowlands of V. Sruogienė father Casimir Daugirdas. However, the house was exploded in parts and for its recreation arrived into Kaunas by the railroad. Constructions of the house were completed in 1938 and Sruogos family moved here to live. House had a wooden single-storey cottage with a loft, porch and a balcony above it.

A memorial museum was established at the house in 1966 and became a branch of Maironis Lithuanian Literature Museum from 1993. After the death of Vanda Daugirdaitė Sruogienė, the museum was called the home-museum of Balys and Vanda Sruogos in 1998. 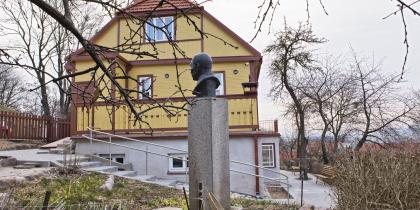 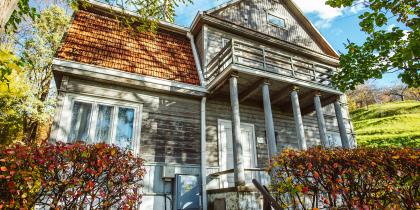 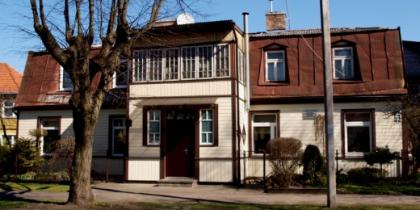