ST. MICHAEL THE ARCHANGEL’S CHURCH (a.k.a. the Garrison Church)

A neo-byzantine-style building, standing in the eastern part Laisvės Alėja, was specially designed for the centre of the square. In 1895 Russian Czar Alexander III ordered construction of the Orthodox Cathedral for the Kaunas fortress garrison, as a representational structure, expressing luxury and official status. The Sobor was designed by Russian architects and decorated by Petersburg artists. In 1919 it was transformed into a Catholic St. Michael the Archangel church garrison. In 1965 the church became a stained glass and sculpture gallery. After the restoration of independence, the St. Michael the Archangel Catholic Church is now operating again, and once again the once removed crosses are raised high. Church music concerts and performances by actors are often held, and exhibitions are continually on display. 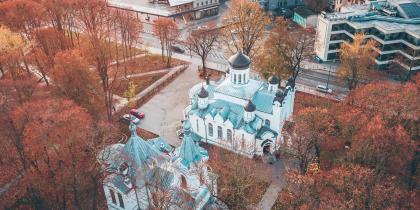 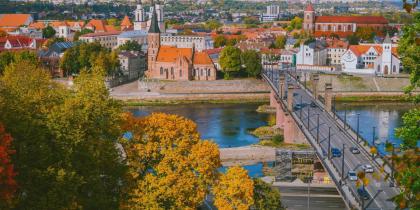 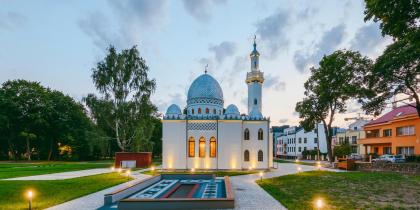