Panemunė pinewood surrounded by the Nemunas loop is created in a natural forest. It is one of the most picturesque places of Kaunas nature. Since 1926 the resort became popular among the residents of Kaunas, and the flow of vacationers was constantly increasing. In 1928 the pinewood was named after dr. Jonas Basanavičius. Already at that time, new avenues were being designed alongside the old park paths and tracks. During the summer, Kaunas narrow-gauge transported people to this pinewood. During the interwar period Panemunė was recognized as a resort, it had sanatoriums and wooden villas of wealthy Kaunas residents.
Now - this pinewood is a great place for nature recreation, which allows to enjoy the fresh air, admire the natural heritage - the friendship of oaks and pines, and actively spend leisure time. Here you will find paved bicycle paths, a beach, children's playgrounds and outdoor fitness facilities. 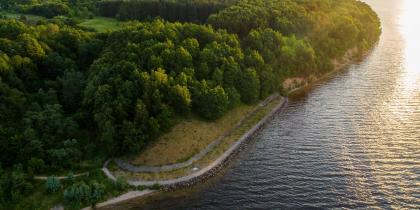 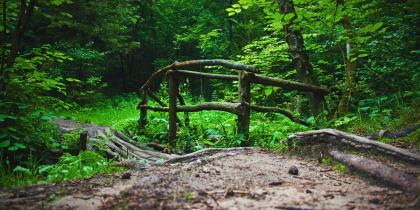