We invite you to visit exhibitions The Mosaic of Kaunas Castle History and Touch upon the 17th Century Kaunas: From Glazed Tile to Pottery Fragment located at the oldest historical object in the city – Kaunas Castle. The exhibitions present the most significant historical facts and personalities, castle’s metamorphoses and changes in its functions from the 14th century until the present day. The exhibitions are arranged in the five areas of the castle tower. They will be attractive both for visitors who are looking for historical facts and authentic exhibits and those who seek entertainment.

The most important historical facts of Kaunas Castle are presented on the first floor of the castle tower along with the castle images from various times, authentic and reproduced exhibits that testify to the defensive and other functions of the castle. You will also see animated castle siege of 1362 and the 3D visualizations of the castle reconstructions from the 15th till the 20th century. It is worth mentioning the artifacts exhibited in the archeological glass-cases on the first floor. They were collected during the exploration of Kaunas Castle (led by A. Žalnierius) and consist of crossbow and ballista arrowheads, spearheads, an ax and fragments of ceramic ware that were discovered in the cultural layer of 1362 which commemorates the castle siege of the same year conducted by the Teutonic Order.

In a stylized castle prison, you will be able to try out the medieval chains or snap a picture confined to the pole of shame that was used in the Western Europe from the 16th till the 19th century to punish criminals. The ghost of the castle is settled in the castle’s vault – a video projection is accompanied by impressive sounds of clanking weapons, neighing horses, etc.

The defensive functions of the castle are highlighted in the bastille space, starting with the famous castle defense led by duke Vaidotas in 1362 and finishing with legends. Here, you can say ‘hi’ to a hologram night Rikis which repeats the movements of spectators. He is, undoubtedly, most favored by the smallest visitors of the castle.

At the exhibition located on the second floor of the castle tower, you will see a stylized trial of Kaunas Castle and after trying some reconstructed accessories of the time will be able to feel like the old Kaunas resident.

At the exhibition Touch upon the 17th Century Kaunas: From Glazed Tile to Pottery Fragment located on the third floor of the castle tower you will be able to look at examples of the reconstructed 18th century stoneware, such as pots, bowls and pans. The glazed tiles found in the cellar of Daugirdo St 2 / Rotušės Sq 9 building are represented by 18 glazed and unglazed tile fragments (5 different tile ornamentations reconstructed) cornice and frieze tile fragments and fully preserved tiles (9 variations). And of course, we invite both children and adults to become archeologists because it is exciting to unearth a tile fragment! 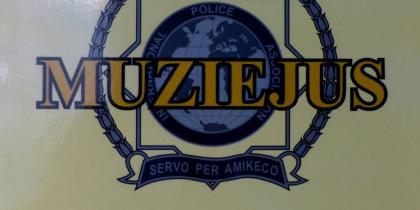 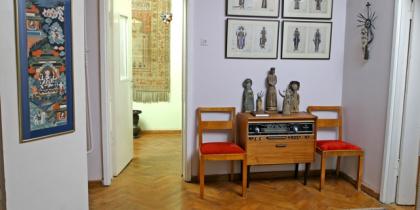 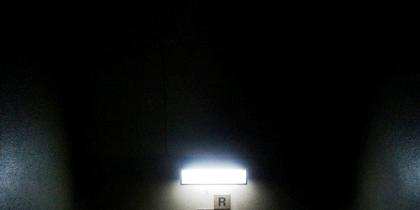 Installation of the Blind