Historical Presidential Palace of the Republic of Lithuania

In 1918–1940 Lithuania was transformed from a province of the Russian Empire into equivalent European country. Kaunas, the former administrative centre of the province, became the temporary state capital. The former governor’s residence became the Presidential Palace. The owners of Neo-Baroque building, the construction of which was started in the middle of the 19th century in the territory of vegetable gardens of Jacobins’ monastery changed several times; however, the building has never lost its importance and exceptional role. All three presidents of the first Republic of Lithuania resided in this building: Antanas Smetona, Aleksandras Stulginskis and Kazys Grinius.

There was accommodation intended for work in the Presidential Palace and a private flat of the president’s family occupied a part of the ground floor; the flat had a separate entrance from the other side of the building. There were two salons intended for official receptions on the first floor. The official receptions of national delegations took place in the bigger salon where foreign diplomats presented the president with their credentials. The president’s study, a dining-room and other auxiliary rooms also were on the first floor. During Antanas Smetona’s term of office, which was the longest, the territory of the Presidential Palace was enclosed by a new fence which has remained until present. Its project was prepared by a famous painter Jonas Juozas Burba. At present you can see a representative garden with sculptures of all three interwar Presidents in front of the Palace from President Street (now Vilnius Street).
The walls of the Palace saw many joyful events (weddings, christening, New Year parties), dramatic and fateful events (a military takeover of the country in 1926, discussions of Poland, Germany and the Soviet Union’s ultimatums and the last session of the Government of the Republic of Lithuania on 15 June 1940) for the country. 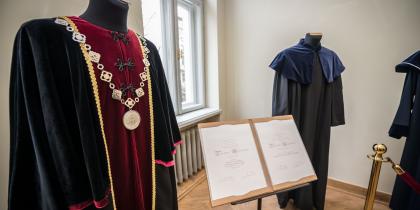 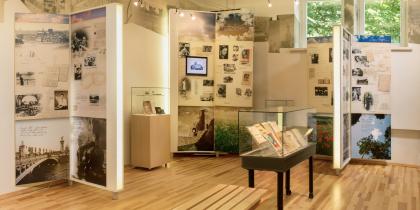 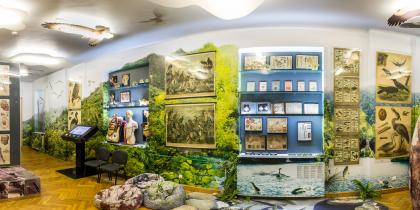