The physical education palace had to fulfil two functions – that of a fitness centre and physical education. The place for the construction in Ąžuolynas (Oak Park) was selected alongside the stadium, which was equipped by the initiative of the basketball promoter and pilot Steponas Darius in 1924. Vytautas Landsbergis-Žemkalnis prepared the first project of the palace and very modern swimming pool (illuminated from below, with convertible roof) in 1931, however, due to the economic crisis, the project was abandoned. In 1933 the far simpler and less expensive version of the palace was made. The main block of the building has a sports hall with a vaulted ceiling of unique Kreuzekrost construction. The construction of the building was closely associated not only with classy modernist ideas, but also with promoting international awareness. Year: 1933–1934. Styles: Modernism, Functionalism. Architect Vytautas Landsbergis-Žemkalnis. 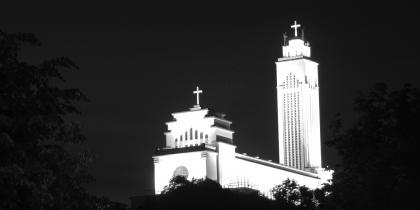 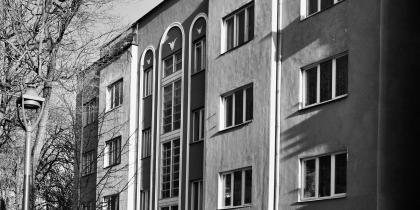 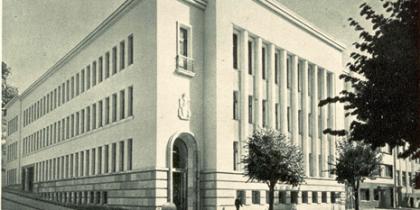