We’ve just realized it’s been two years since we blogged about vegan places in Kaunas. Time for a new post and a new list! 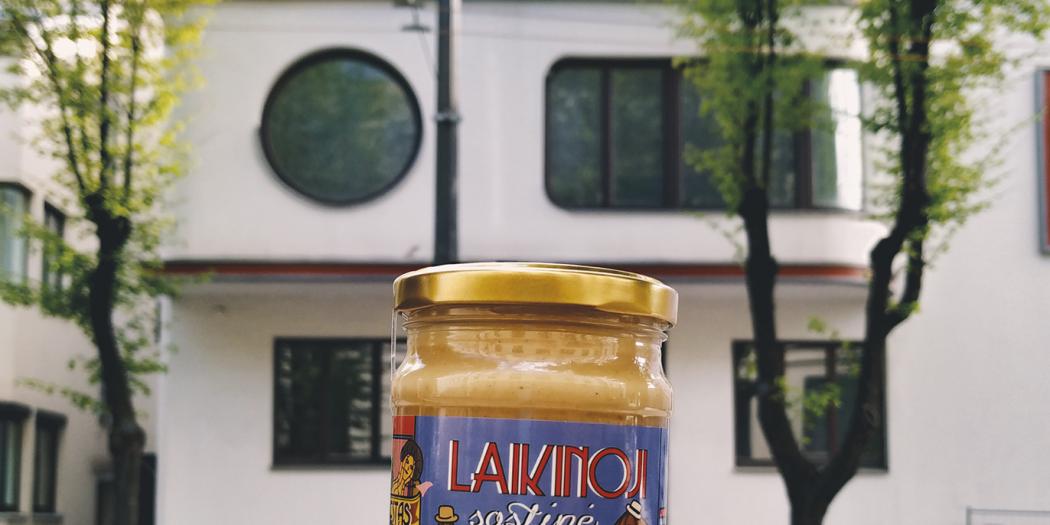 We’ve just realized it’s been two years since we blogged about vegan places in Kaunas. Time for a new post and a new list. Take a look at our delicious recommendations.

Sviestas sviestuotas
We’re starting our list with the incredible kaunastic business that provides people of the world (we hope, well, there's an online shop for that!) with the most delicious peanut, coconut, almond etc. etc. butters, spreads and other delicacies. Made with love and packed with style, their produce is a perfect tasty souvenir from Kaunas. Our favourite is the one called Temporary capital. 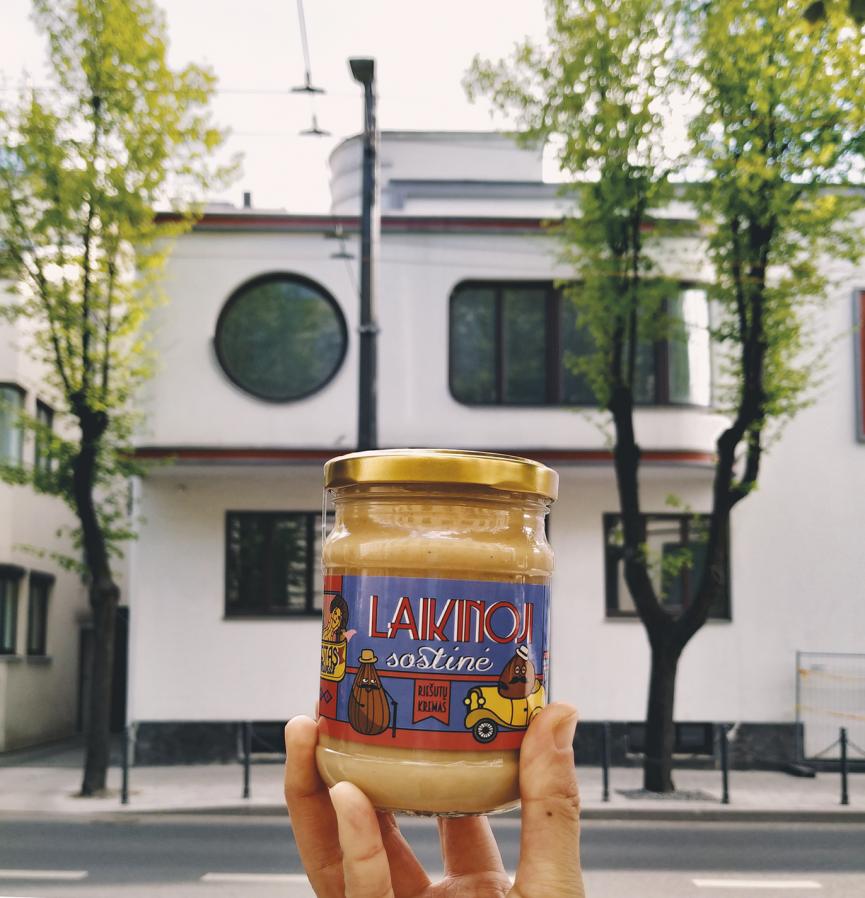 Vilties vaistinės arbatinė / Tearom of Vilties Pharmacy
This vegan spot next to the Central Post Office celebrated its 20th birthday in 2017! Some recipes here look like they’re taken straight from your grandmother’s notebooks, and it would be a sin not to praise the authentic historic interior of the pharmacy.

Ridikas
The vegan bistro on the platform of the railway station is an attraction not just for the travellers. The falafel wrap is a hands-down delicacy, especially while sitting on furniture made from recycled materials and having some time before your train. Known for delicious vegan cakes, Ridikas also run a tiny canteen in the basement of the Faculty of Social Sciences, Arts and Humanities of KTU. Lucky students! 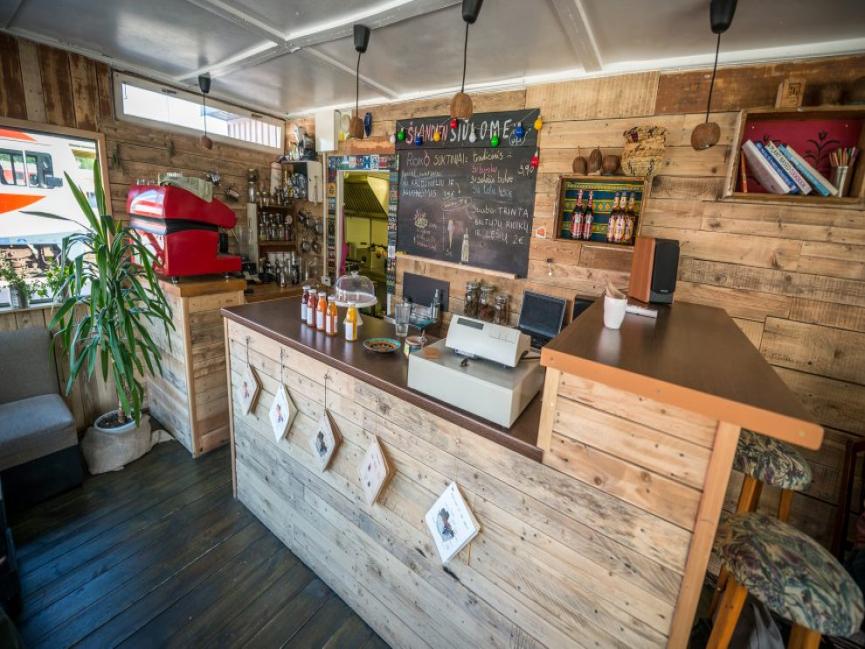 Žalia Pupa
The smiling staff seems to know everyone that gathers here to eat lentil stews, pakoras, koftas and other (mostly vegetarian, but there are vegan options) healthy dishes for lunch. Queuing in this tiny spot on Laisvės alėja isn’t rare, as well as taking out. 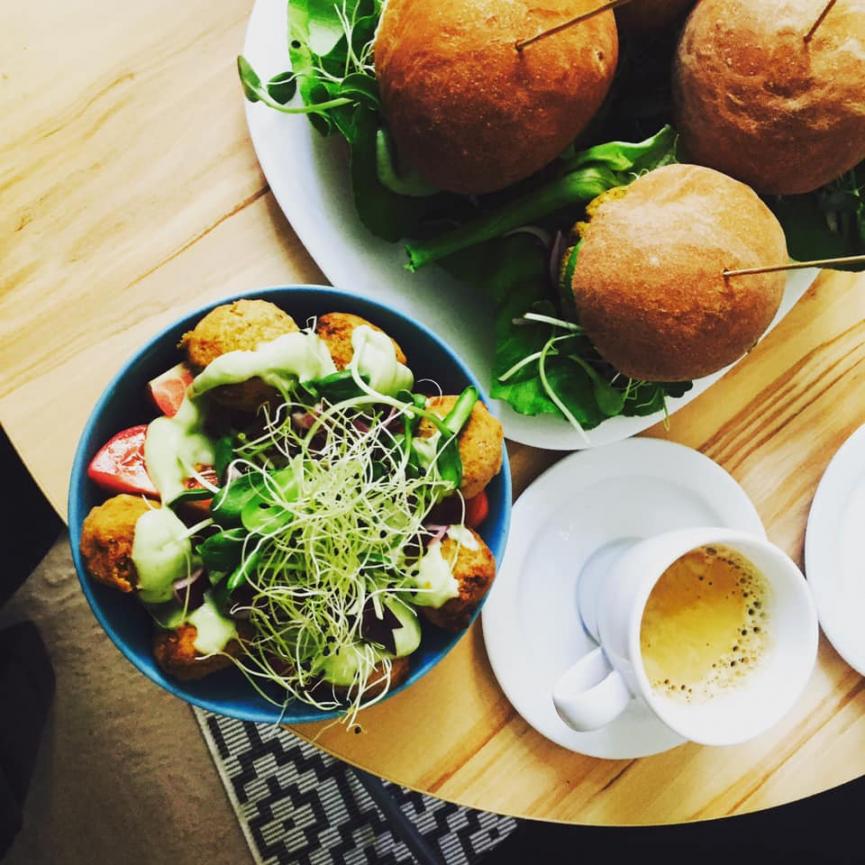 Mokslo kavinė
The name means ‘Science Cafe’ and fits much more than you can think of! After luring in with healthy and affordable vegan lunch options, the cafe on Ožeškienės st. also treats you with fantastic vegan cakes, snacks and desserts, as well as a variety of other animal- and planet-friendly products. It’s also home for workshops and other little events for likeminded individuals. Come inside even if you’re not hungry. 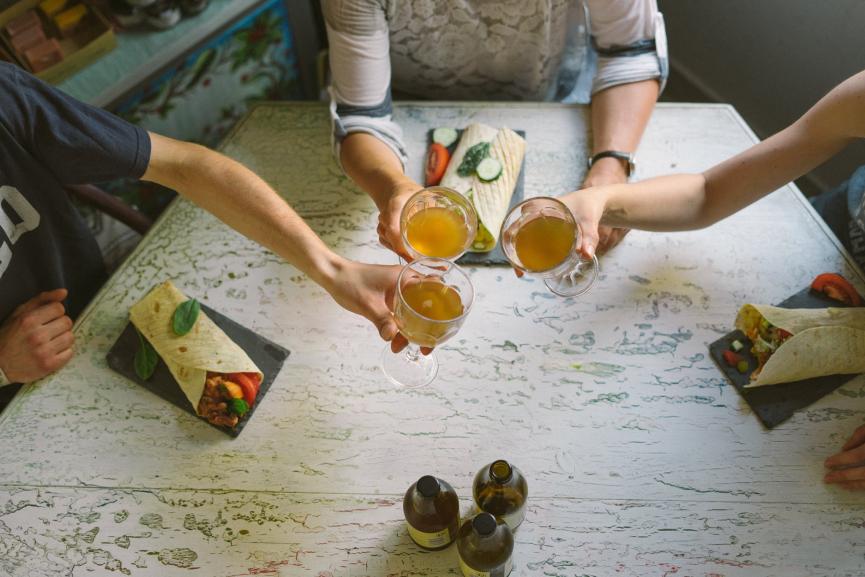 Radharanė
If you’re wondering whether you should order the Bengali stew, Kofta or Pakora, try the Radharanė set. We can’t guarantee you’ll have any space left for the most innocent deserts in town. Two places are in Kaunas, one on Laisvės alėja, and the other in the Old Town.

Pupa Raw
It’s a calm fresh juice and smoothie oasis on the way to the Nemunas island – or your office. You can also order a special detox juice programme for every day of the week. 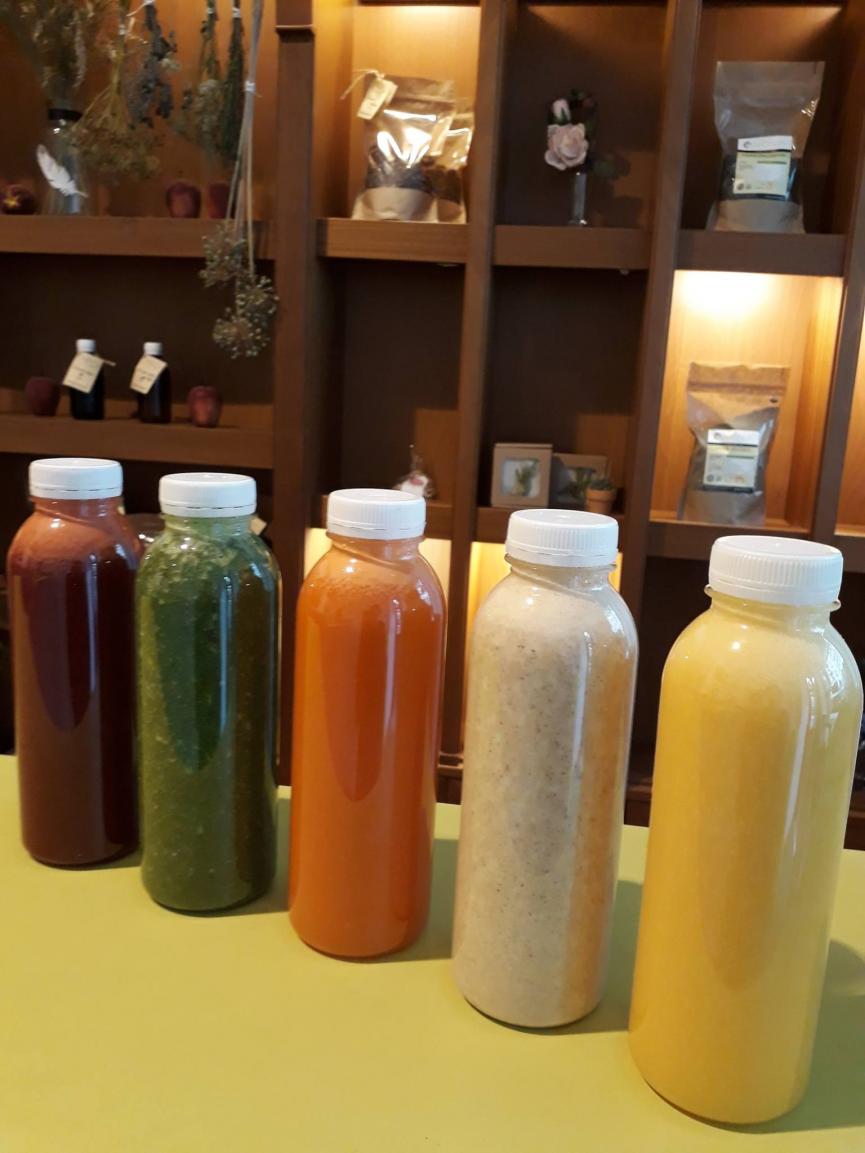 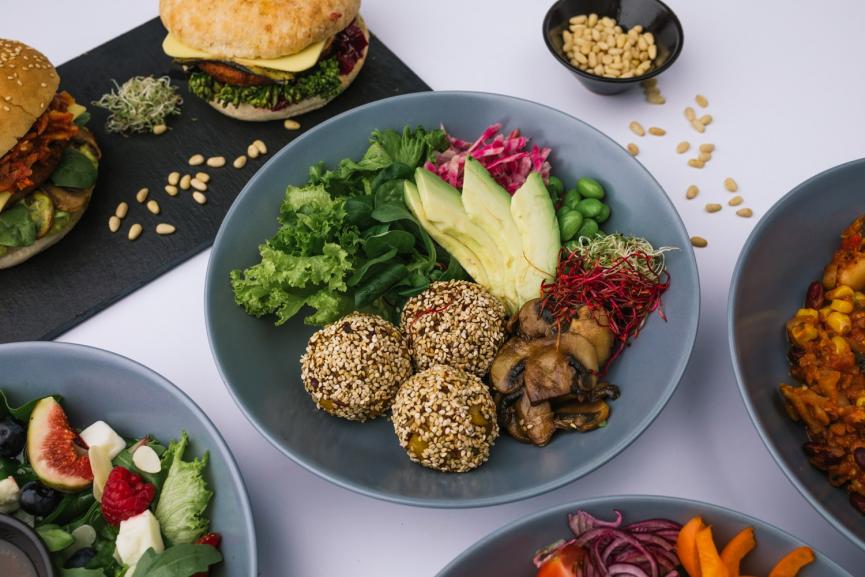 Many other cafes and restaurants in Kaunas offer genuinely vegan and vegetarian options. In fact, more and more decide to try and expand their clientele by doing that! Indian restaurants like Masalaciti and Moksha are worth investigating. For juicy vegan burgers, we suggest you try Pelėdinė or Baking Mad; vegan pizza lovers should try and decide between Mama Pizza and Jurgis ir Drakonas. ManGi even offers vegan hotdogs, and Holy Donut is a place for heavenly breakfast.

Like cooking at home? Not a problem. All of the bigger grocery stores stock vegan products. Have a kaunastic meal, wherever you have it.

All photos  from social media profiles of the businesses and restaurants.