A four-course dinner under the stars or a fluxus-style climb up the hill? Both, and a psychedelic rock concert, please, with a photography festival for dessert! 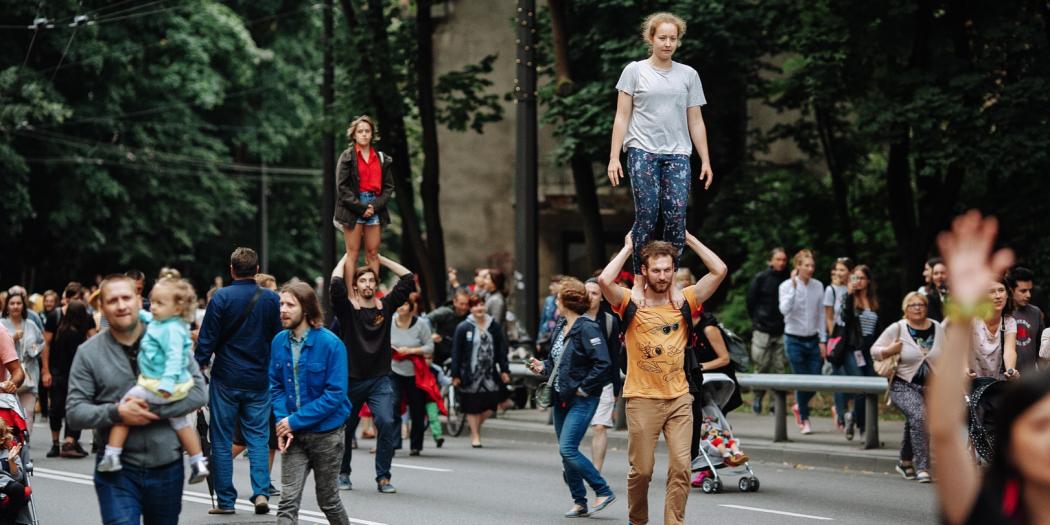 Hello Autumn, you’ve been missed! Kaunas is full of students, the weather is still amazing, and the event calendar barely fits all of the fantastic things to do this month. Here’s what we recommend hearing, seeing and visiting in September!

Every resident of Kaunas and Kaunas district, as well as every guest of our city, is invited to join the unpredictable event that will culminate on midnight – this is when we’ll climb to Parodos hill in various Fluxus-inspired ways. The festival is one of the many steps of Kaunas in becoming the European Capital of Culture 2022. 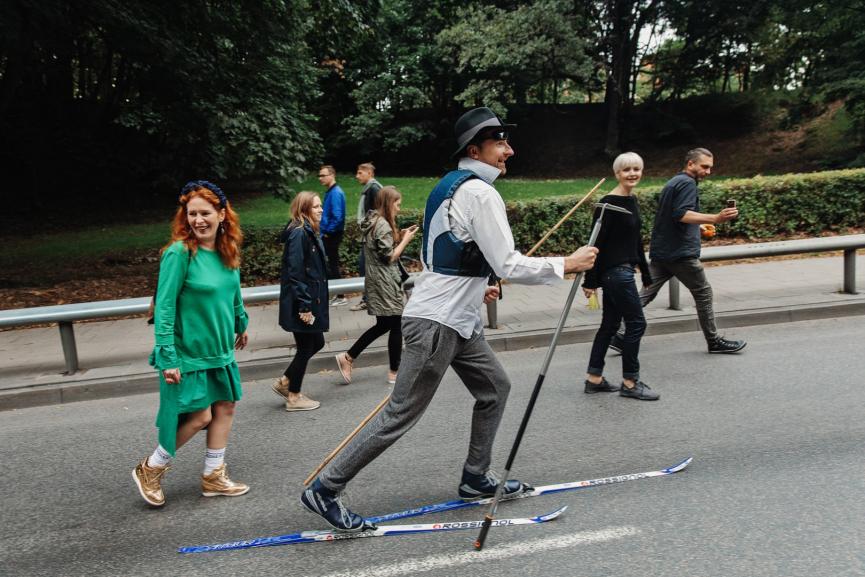 The biggest tattoo event in Baltic states will field the 2000 square meters of LSU Track-and-field arena with ink, entertainment and rock and roll. This year, tattoo stars like Benjamin Laukis, Natalie Nox, Randy Engelhard, Dave Paulo, Jurgis Mikalauskas and many more will take part in the event.

A four-course dinner at one long table in the magnificent linden alley at the Pažaislis monastery could easily become your top memory of 2019. Tastes, aromas and colours in your plate have never been soo instagrammable! 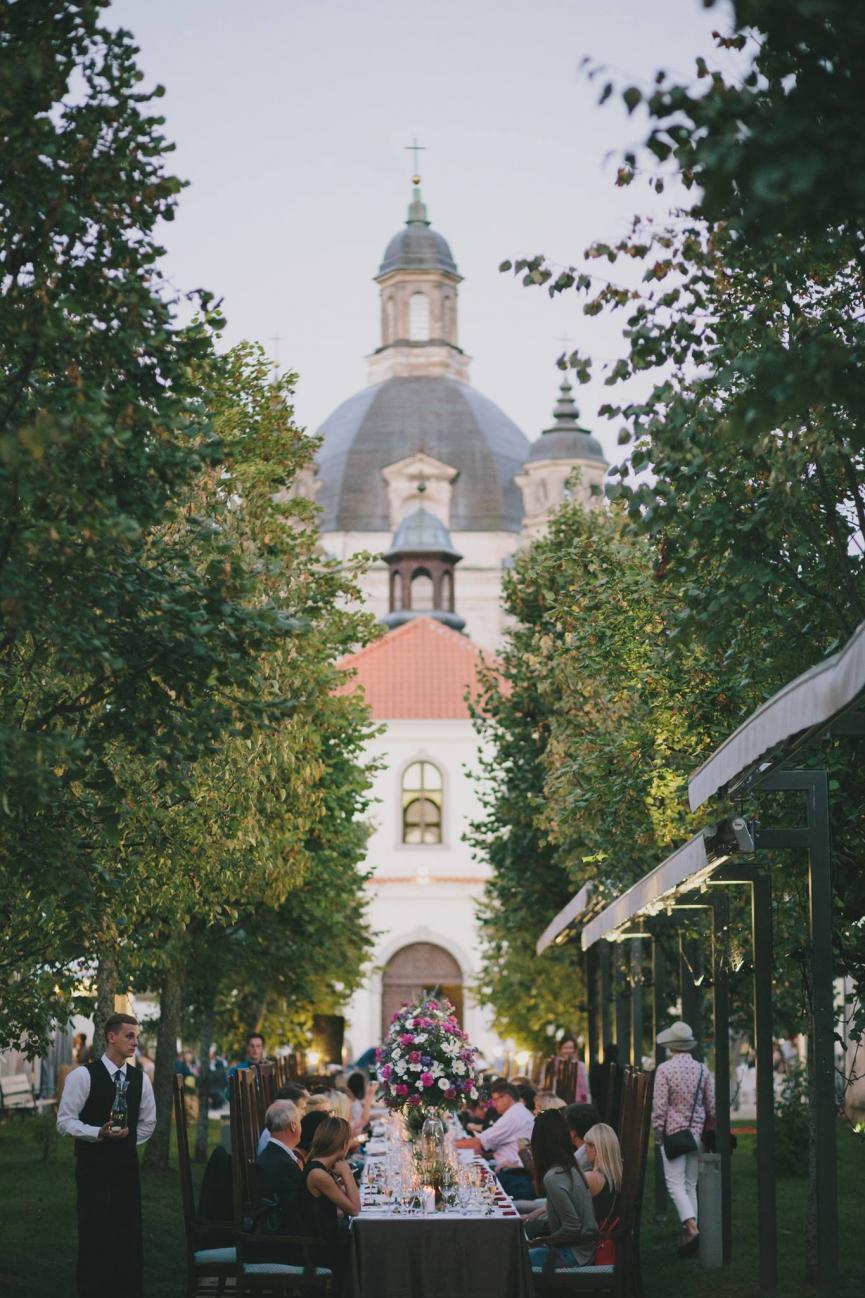 The Red Bull Soapbox Race is a self-made vehicle race first held in 2000. Over a hundred races have been held in multiple countries around the world. Eleven years ago, the event took place in Vilnius, and now, for the first time in history, it’ll occupy Parodos hill in Kaunas. 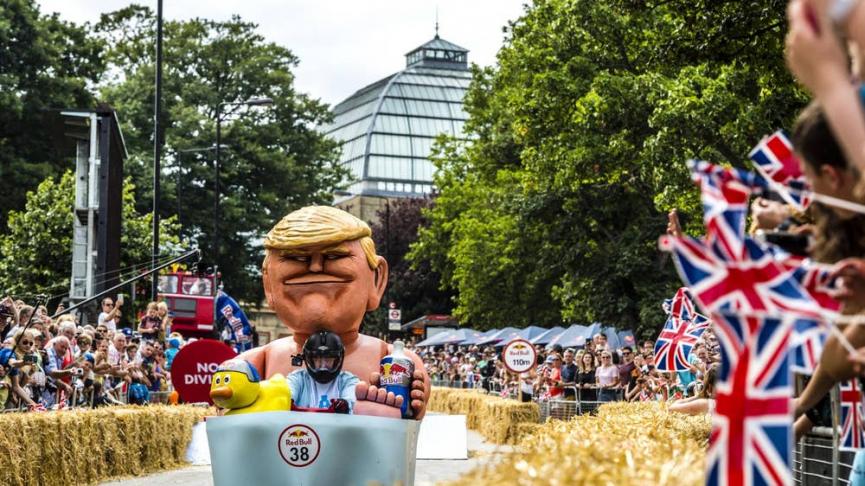 Kaunas is celebrating 30 years since it met its first sister city – the Lippe district in Germany. Together with the German embassy in Lithuania, the Goethe Institut and other partners, the municipality is hosting a week full of events all around Kaunas. Expect concerts, film screenings, excursions, lectures, food tastings and exhibitions.

The festival’s topic this year is “Landmark Architecture – creating or destroying a city’s identity?”. For its opening night, KAFe is opening the doors and spaces of the most prominent ghost in Kaunas, also its antilandmark – the unfinished hotel “Britanika” that will soon be demolished. Don’t miss a chance to see Kaunas from a different perspective and register at www.kafe.lt. The festival will go on for two months; the programme includes workshops, debates, lectures and exhibitions. 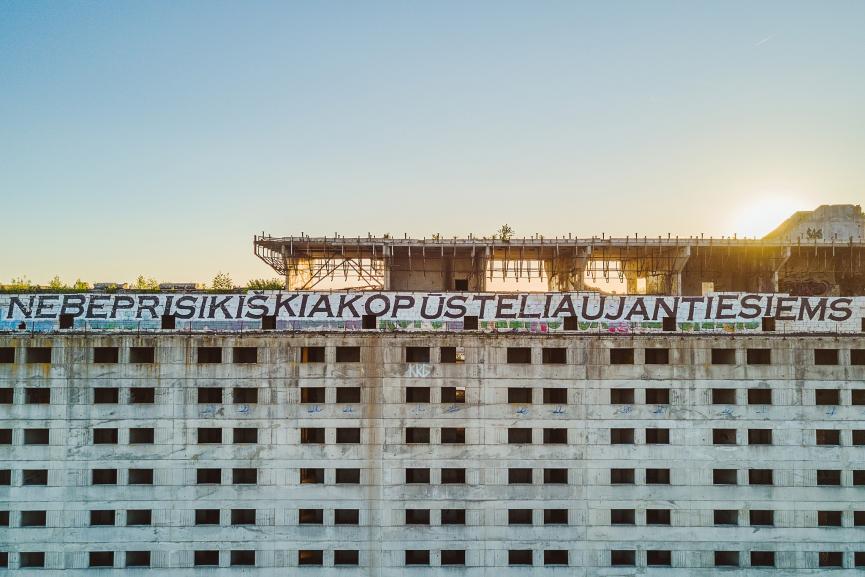 Yes, this is the place! Photo by Andrius Aleksandravičius

The event aiming to spread the joy and beauty of veganism and plant-based diet will gather more than 70 businesses to the public spaces of the centrally located Akropolis mall. You’ll be able to taste all kinds of dairy- and meat-free dishes, drinks and products, buy ecological clothing and cooking books, as well as participate in lectures and workshops. 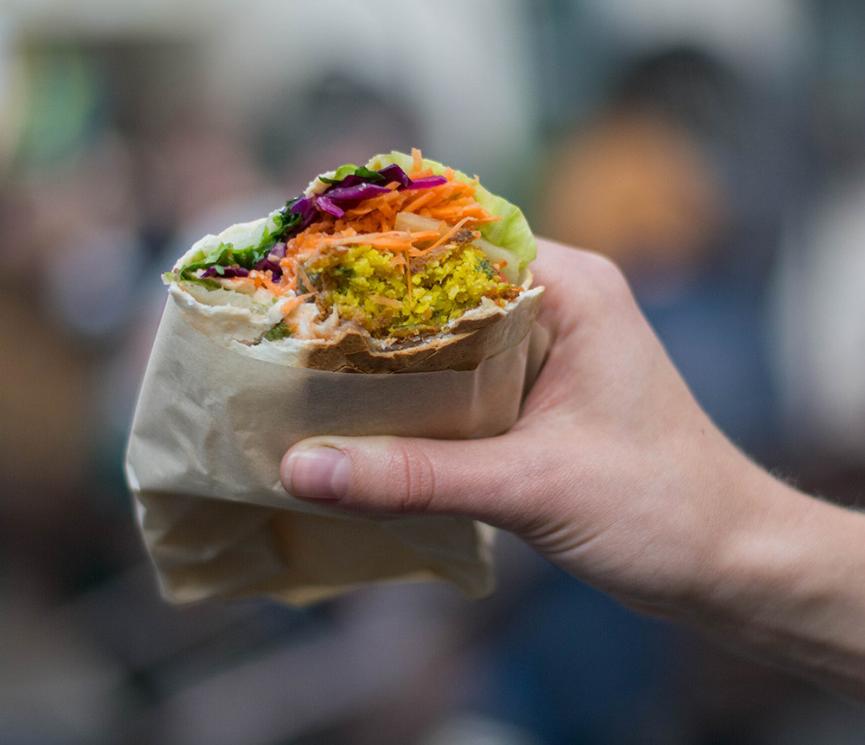 The satellite event of the European Film Forum “Scanorama” will represent the cinema of the early twentieth century. The program is structured to cover the most diversified spectrum of genres and schools of national cinema. Screenings at Kaunas cinema centre “Romuva”.

The festival will gather the cinephiles of Kaunas and Lithuania for the 12th time. As always, the festival shares a diverse programme with all the cinema lovers: they can choose between art house films, audiovisual arts to the grand award-winning films. The screenings and other events will take place in “Romuva”, Kaunas Cultural Centre, Kaunas Artists’ House and other locations. 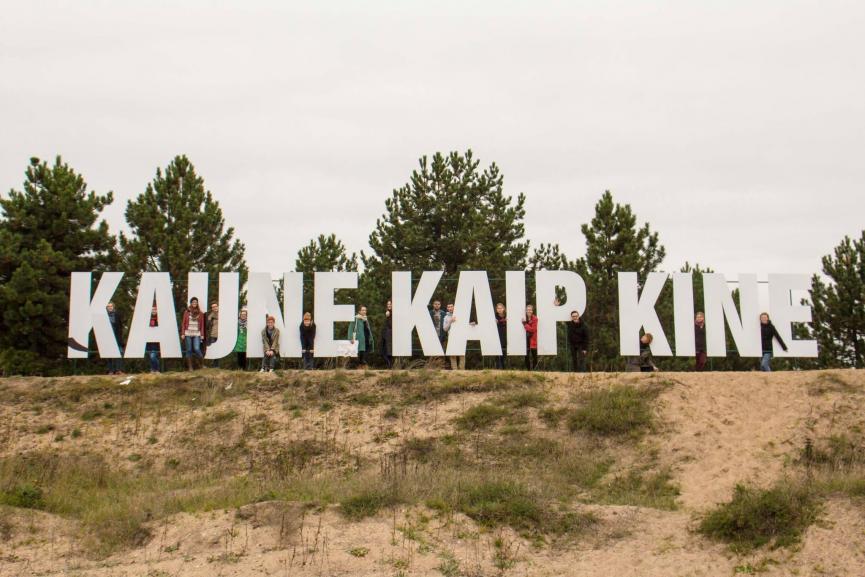 Kaunas Biennial aims to become the most significant event for contemporary art in Kaunas, Lithuania and Europe. It reflects analytically the art processes currently taking place all over the world, by bringing up the priorities of creative collaboration and openness in the operations of artistic creation and its perception. The 12th edition of the biennial is currently held in and around the Kaunas Railway Station, continuing through Vytautas Avenue and exploding again in the Kaunas Picture Gallery. Its topic is set for “After Leaving. Before Arrival”. Head to the official website for more information on artists, special events, guided tours and locations. 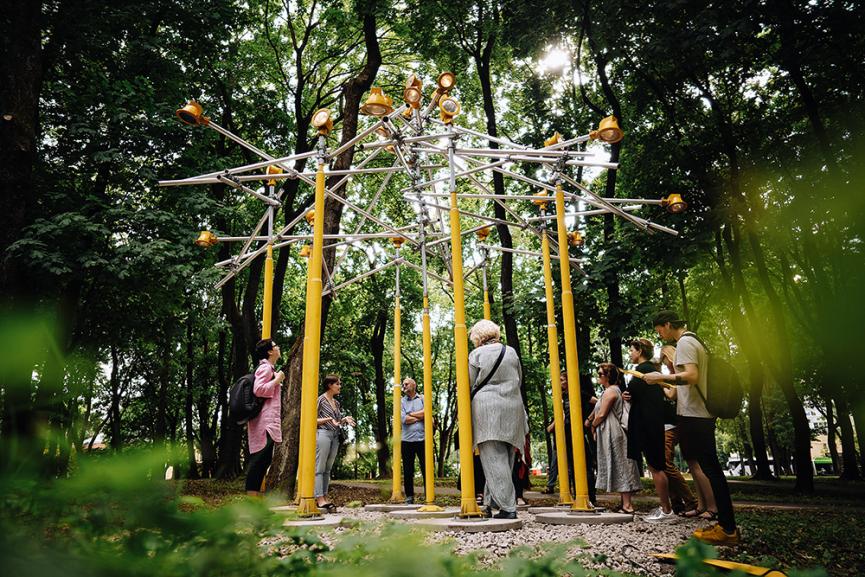 The longest-running annual international photo art festival in Lithuania and the Baltic States will spread across various spaces of Kaunas with the theme “Digital-Virtual-Real”, aiming to reflect upon our contemporary digitised society from different perspectives. Visit exhibitions in major public and private galleries and museums as well as open-air spaces through September and look out for artist talks and other events connected to the 16th edition of the festival. 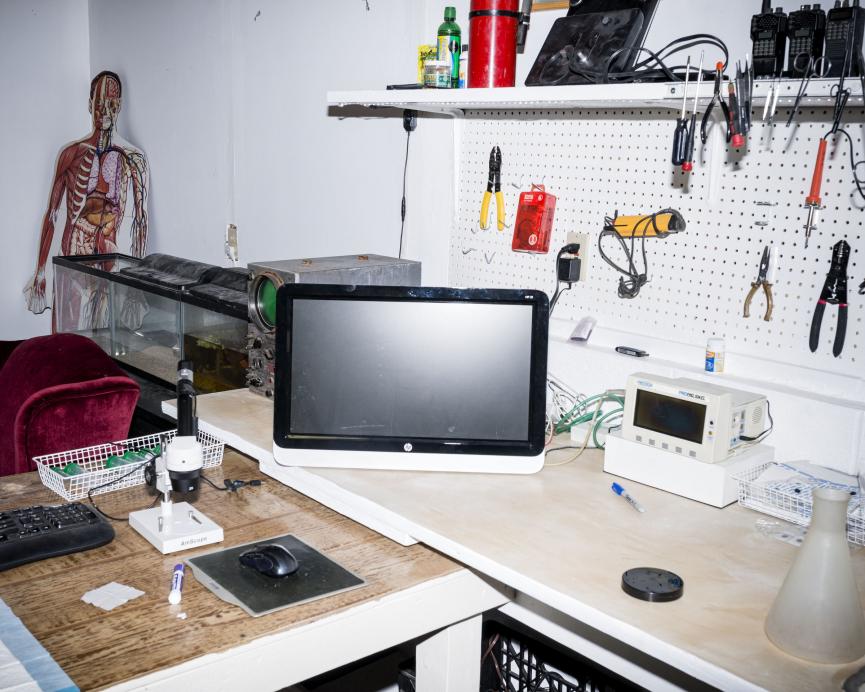 Laukas, the hip open-air venue on the terrace of M. Žilinskas Art Gallery welcomes the ultimate psychedelic rock youngsters. Born and bred in Kaunas, the band offers a fresh fusion of sounds and colours, already available on vinyl.

Photo by Donatas Stankevičius for Kaunas Full of Culture

The Portuguese singer Salvador Sobral, who performed a spectacular concert in Vilnius on the last day of Autumn 2018, is ready to come back to Lithuania, again invited by Kaunas Jazz festival. The winner of the Eurovision Song Contest will now sing in Žalgirio arena, the biggest indoor venue in the Baltics.

The 50-year old Kaunas State Choir, together with an array of talented soloists and Lithuania State Symphony Orchestra, will perform “A Child of Our Time”, an oratory by Michaelo Tippetto (1905–1998). The composer started writing this piece on the first day of World War 2 when Great Britain declared war on Germany.

Anthony Joseph is a Trinidad-born poet, novelist, academic and musician who has been referred to as ‘the leader of the black avant-garde in Britain.’ As a musician and spoken word artist, he has released seven critically acclaimed albums which blend Afro-Caribbean music, free jazz and funk. 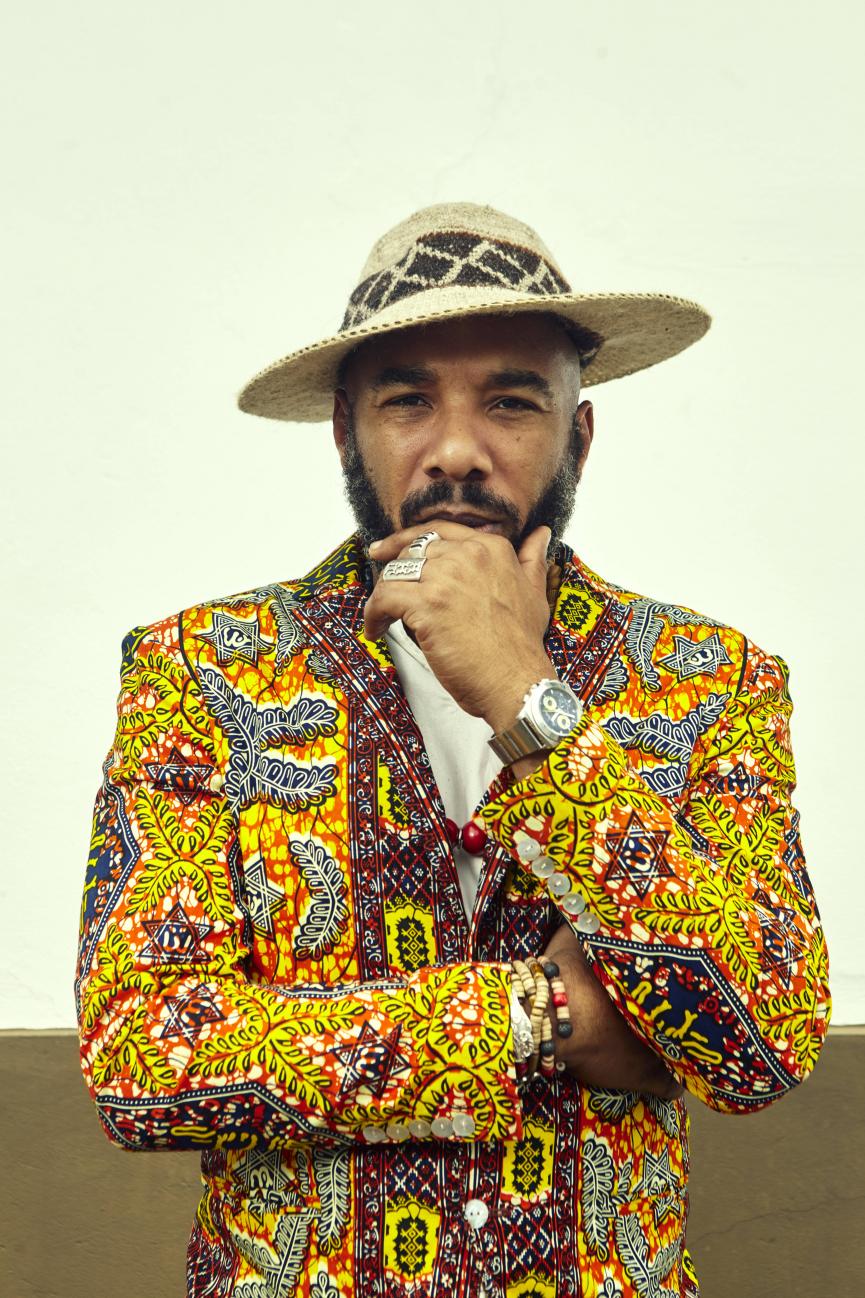