St Valentine’s in our country is associated with mid-winter, and May 13th, the Lithuanian love day or the Milda Day, coincides with full bloom and pleasant temperature. 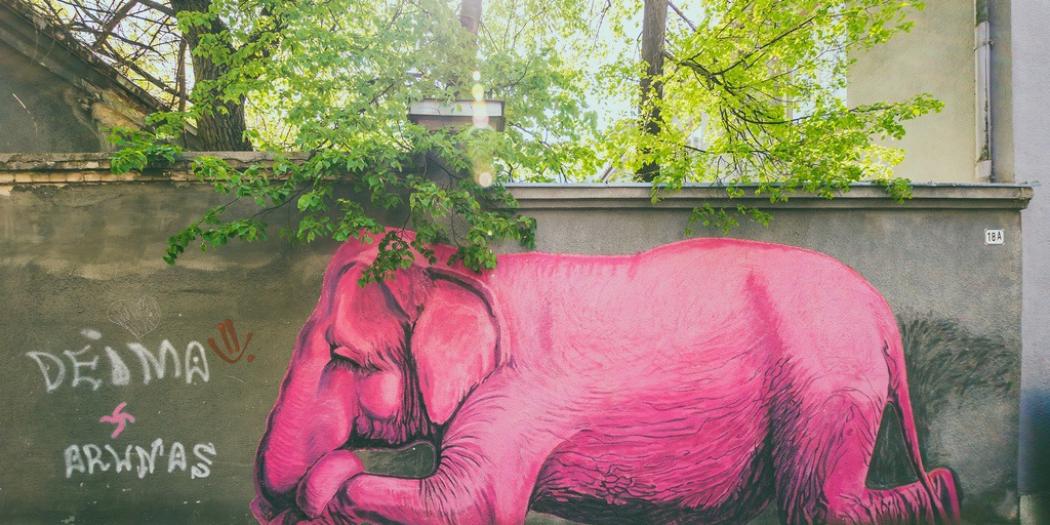 Kaunas, among other nicknames, is sometimes called the city of love. While we’re not exactly sure when and how the name came about, what we definitely know is that you can celebrate TWO love days in Kaunas – and Lithuania – instead of just one. St Valentine’s in our country is associated with mid-winter, and May 13th, the Lithuanian love day or the Milda Day, coincides with full bloom and pleasant temperature.

Milda is believed to be a goddess of love and matchmaking in ancient Baltic religion. Her temples in Kaunas were said to have been on today’s Aleksotas hill, another on the confluence of Nemunas and Neris rivers. Milda is also a widespread female name in Lithuania.

This year, for Milda Day, we suggest you try out six places in Kaunas ideal for a first (or one-hundredth!) date with your special one.

The territory of the Santaka park is often considered the mythical birthplace of our city – after all, it’s the place of the confluence, or marriage, of Lithuania’s lag largest rivers, Nemunas and Neris. The vast fields carved with paths and tracks are very popular with the residents who choose this park to walk around, meet friends, have a date (!!!), watch kids play etc. If you walk to the very end of the land between the two rivers, remember it’s an excellent spot for a kaunastic proposal. 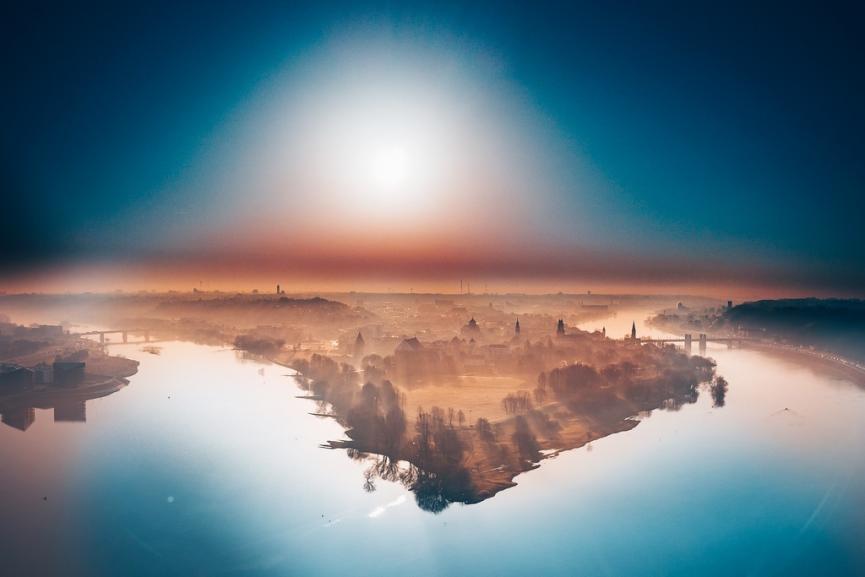 The fountain became the symbol of Laisvės Alėja, the axis of central Kaunas, a few decades ago when the boulevard was dedicated to pedestrians. As a result, at least three generations of Kaunasians have used this spot as a place to meet their date. The fountain’s stylish metal curves were recently refurbished; light and sound and special fog effects were added during the process. 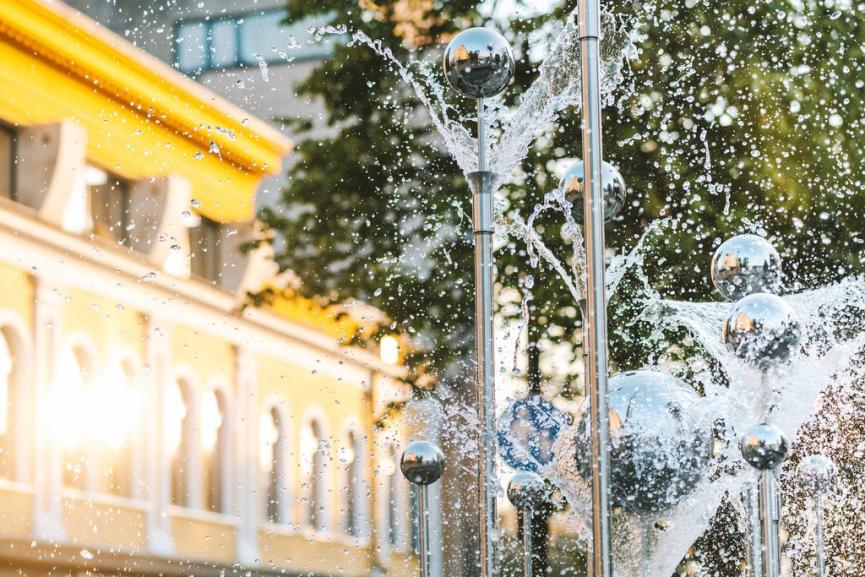 The birth of this elephant was inspired by the writing on the wall – Deima + Arūnas. Love conquers (w)all! The mural was created by Vytenis Jakas, founder of the nearby Yard Gallery, and is especially popular among newlyweds. 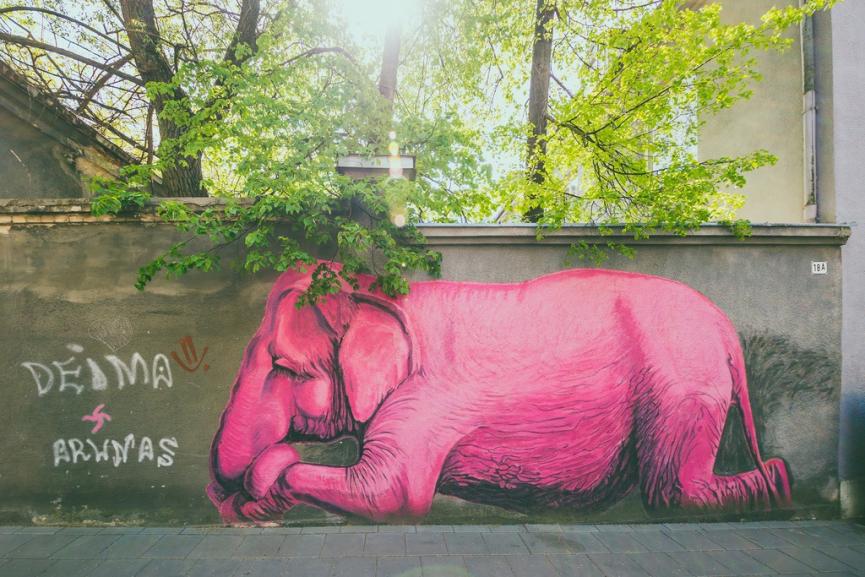 “Let’s meet by the post office” is a saying as old as the iconic modernist architecture building itself. The legacy of the interwar period is not used by the Lithuanian Post anymore; we still don’t know what will happen inside – let’s wait and see. Nevertheless, meeting in front of the marvellous facade is still a thing. 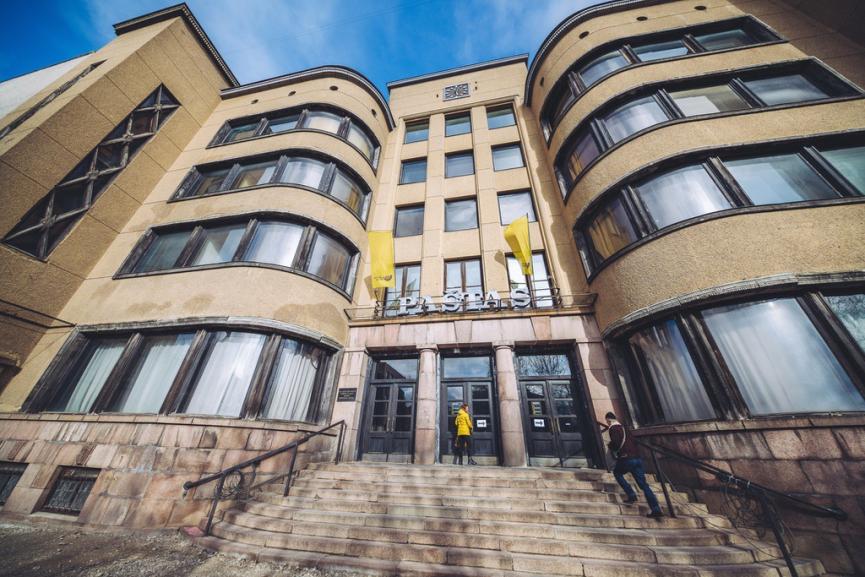 You can buy a bouquet of flowers for your love, or you can show her or his thousands of them instead. This same week is the tulip blossom week in the VMU Botanical Garden, located in a spectacular historical manor, but it’s a great spot to visit all year long. During the cold season, too, as the glasshouse is full of exotic plants and offers pleasant temperatures. 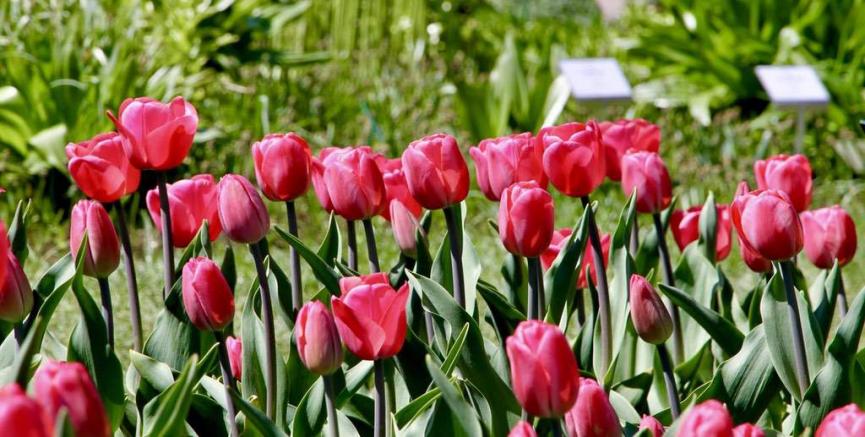 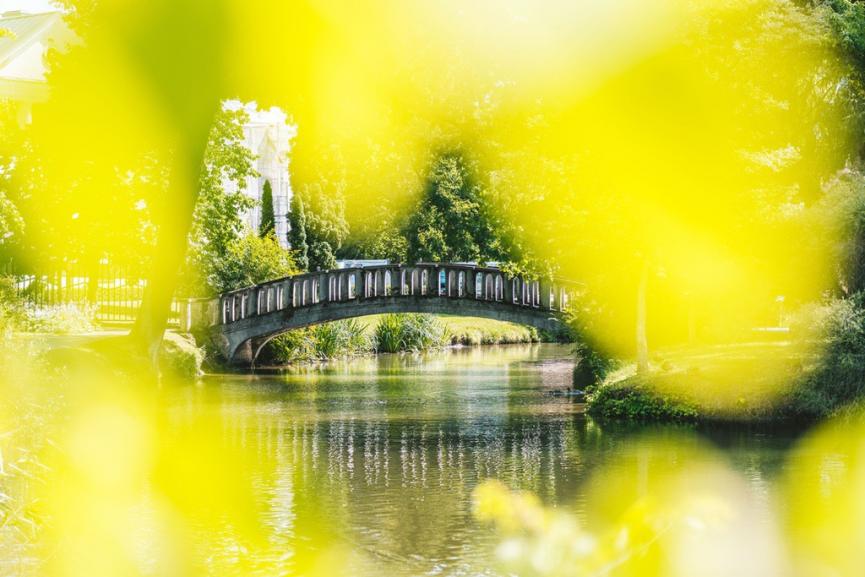 The Aleksotas hill, the Milikoniai hill, the Owls hill or the terrace of Christ’s Resurrection Basilica are just a few examples of fantastic viewpoints revealing the best of Kaunas. Watching a sunset in a place like this could be even more romantic than a movie night! 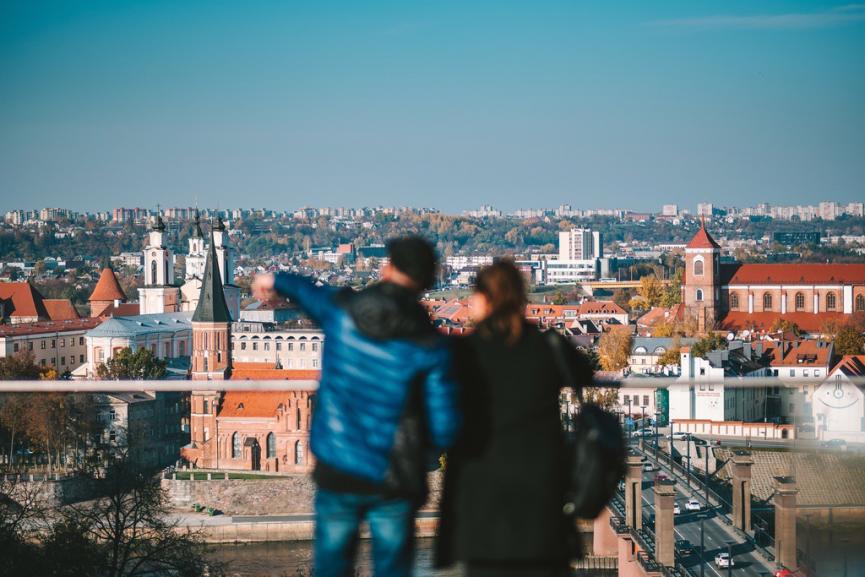 The date idea list in Kaunas is unlimited. Many people today love to meet up at the renewed (and award-winning) Vienybės square; many have been seeing each other by Soboras for decades. An exciting place to visit on a date would be a memorial house of a painter or a writer – we’ve got plenty of those in Kaunas, often in interwar buildings, with preserved authentic interiors – and full of romantic stories. However, the most exciting spot would be the George Maciunas square, a Fluxus piece of street art surrounded by… three streets. And no pedestrian crossings. Maciunas would love that. 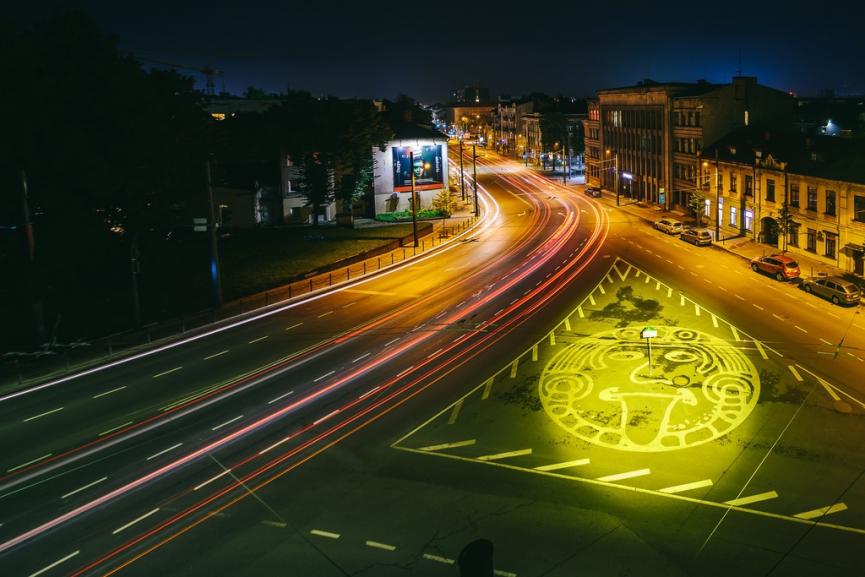