The Swedish Uncle of Kaunas

One of the honorary participants of Scandinavian Days in Kaunas will be Bo Frank, the Mayor of Växjö Municipality for many years. 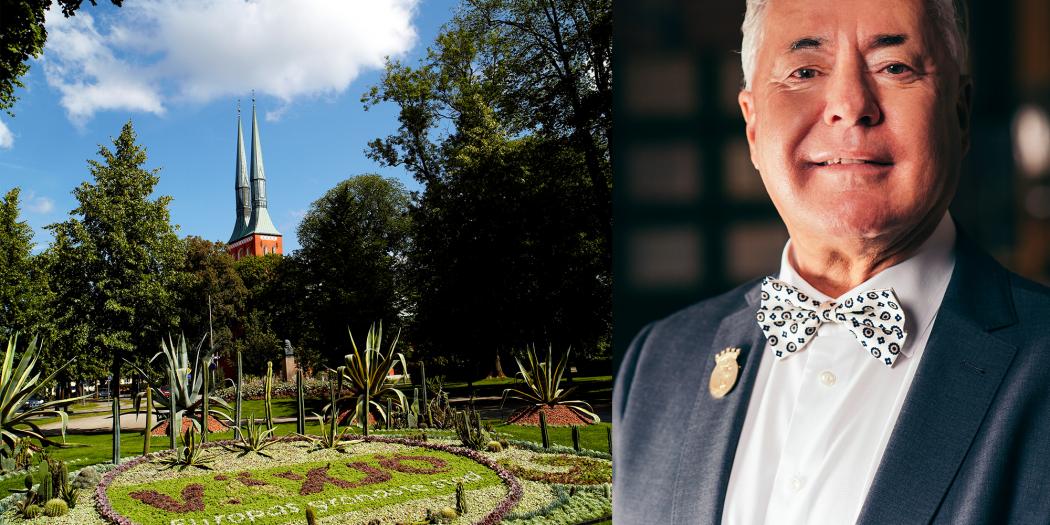 Scheduled for 1–7 April 2019, the Scandinavian Days in Kaunas aim to introduce the Scandinavian culture, lifestyle, ways of doing business and beyond to the residents of Kaunas. The embassies and consulates of Norway, Sweden, Denmark, and Finland, as well as the sister cities of Kaunas, the Nordic Council and Scandinavian businesses in Kaunas, together with numerous cultural institutions, have all agreed to participate in the events. The week will be full of lectures, performances, movie screenings and beyond.

One of the honorary participants of events will be Bo Frank, the Mayor of Växjö Municipality for many years. He is now the President of the City Council. God knows how many trips to Lithuania has the kaunastic Swede made in the past three decades. This time, our chat is focused on Växjö as an exemplary city. 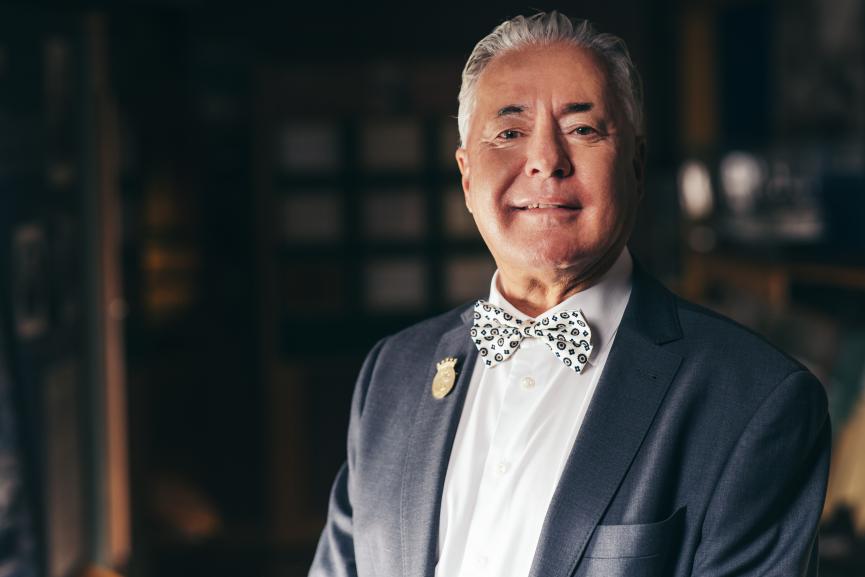 Växjö was the first sister city of independent Kaunas; the friendship agreement was signed as early as 1990! In 2007, there was even a direct flight from Kaunas to Växjö. What were the initial reasons for friendship?

The friendship proposal came from a brave liberal politician Jarl Branting (Honorary Consul of Lithuania in Sweden from 1996 to 2005 – op. ed.) and was supported by all parties. As newly elected Mayor of Växjö, in 1991, I started with full force to increase cooperation with Kaunas.

What were the main programmes you implemented in Kaunas back then?

Education for politicians and parties about how we work in political parties, with local governance and democracy in Sweden. Among other things, we offered an extended programme for five years, that connected Växjö, Karlskrona, Klaipėda, Panevėžys and Kaunas. Its Lithuanian participants went on to become mayors, members of parliament and government, some of them even members of the EU parliament. The networks created back them still exist.

For some 12 years now Växjö is known – and praised! – as the greenest city in Europe. It’d be interesting to hear for how long was the city preparing to this and what were the core steps to becoming the greenest? Was it a political choice and agreement or rather a natural development?

Environmental issues have always been my primary interest. In 1992, I gathered all political parties for a proposal to make the green issue our main idea. In 1995, we declared the aim to become the first city in the world to be a fossil fuel free city. Since then, we have cut our emissions by 60% and 70% of all consumed energy in the whole area of the municipality is renewable energy. We have got many recognitions during the last two decades and have been appointed by the BBC and by the European Commission as the greenest city in Europe. 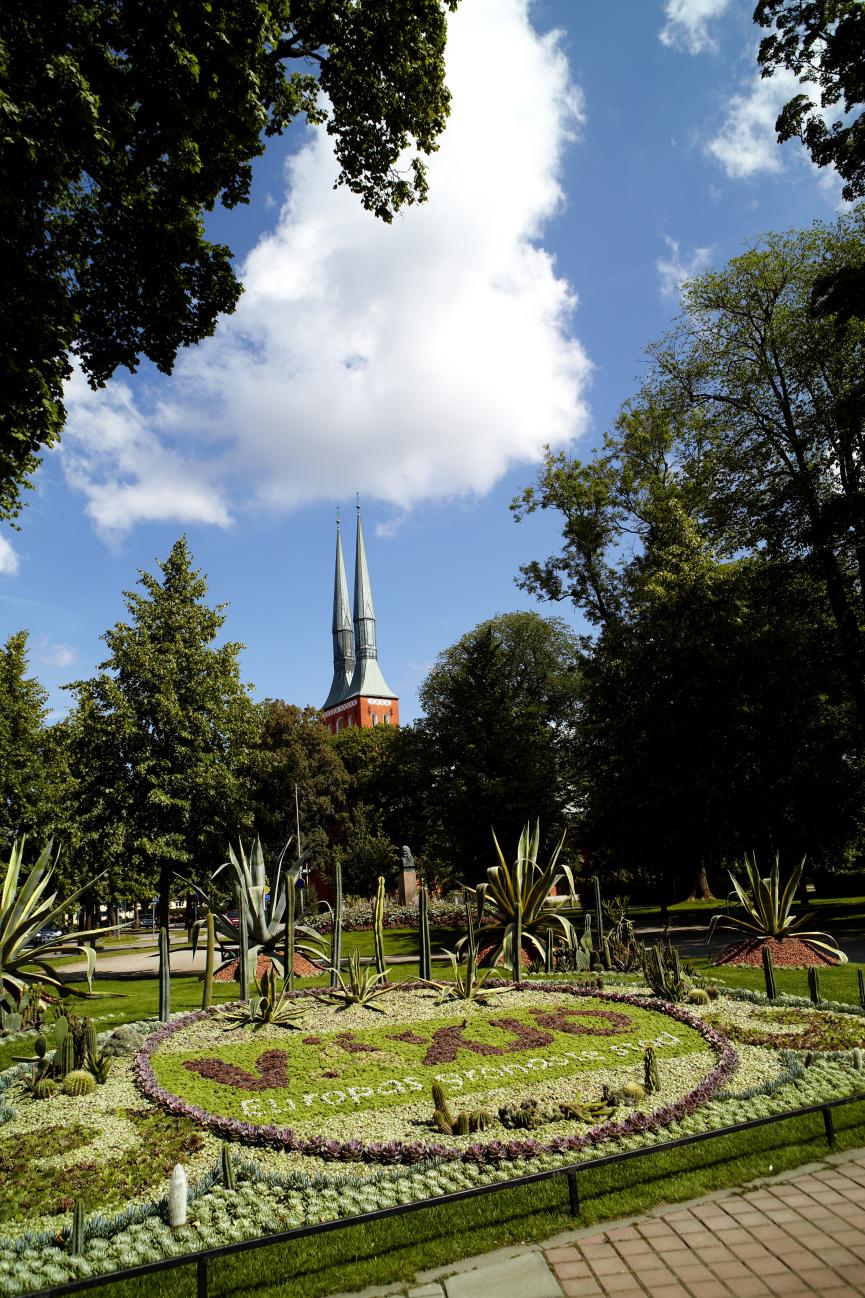 When you read the current articles about your city, it sounds like an ecological dream come true. However, I am sure it wasn’t a dream – every goal is fulfilled only by hard work. Perhaps even by learning from your own mistakes? Can you tell me something about the hard part, too?

I think we are the only municipality in the world where all political parties have agreed on all issues related to the environment. Climate, energy and transport. This is how Swedish municipalities do it – we are strong and responsible. However, sometimes citizens complain. Why do politicians make more space for public transports and bike lanes and less space for cars? Why must we connect to district heating? Why do we have to take care of organic waste? However, after every reform, people think it’s normal. The Mayor must take the lead and set a good example. To bike, to drive a car with no emissions etc.

For how long have you been riding a bike to work?

I have walked or biked to work and all the places in the city for 30 years. Also, I have been driving an environmental car for 15 years. I now drive a hybrid. I pay climate compensation for flying. And so does the city.

How is the Växjö Declaration that the Swedish Government and European local authorities to take meaningful action to go fossil fuel free doing? Has Växjö directly inspired green initiatives in cities not only in Europe but around the world?

We have inspired many cities. More than seven thousand cities in Europe have joined the Covenant of Mayors for Climate and Energy. These are the cities who want to take the lead. We and 14 other cities started this “club”, and I am now the vice president of association Energy Cities. We like to inspire and be inspired by others.

Sustainability and greenness surely add a lot to the general happy state of mind of a healthy person. But not only that. So, are Växjö residents as happy as they are green? What’s inside the happiness formula for them?

When marketing ourselves as the greenest city, we got many ideas from citizens, business life and university. Business life is very pro-environmental in Sweden and wants to be green also for competition reasons. 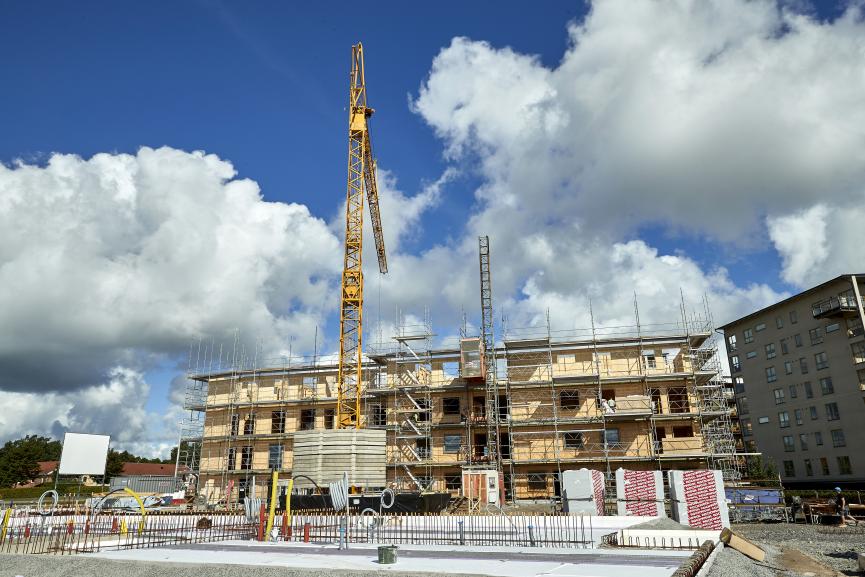 Scandinavian countries are often a destination for Lithuanian emigrants looking for a better life and bigger wages. It’s also true that an average Scandinavian does not like to show off his or her financial status with superficial things, but instead invests the wealth in something more sustainable. The question is, from your point of view, how much is the material wealth essential for a happy life?

Economy and ecology are two sides of the same coin – it’s all about taking good care of resources in a sustainable way. Money helps, but you can get money if you go green. Economy and ecology could and should be combined. The most important thing is political support for green issues.

You witnessed the transition of Kaunas and Lithuania from a post-soviet place to what it is today. What would you say were the core changes? Moreover, what are your favourite places in Kaunas?

I don’t know how many times I been in Kaunas. My main impression during all years is of the very well educated young people who work hard and want progress. That’s a core change.

Personally, I like to walk a lot, so a walk in Laisvės alėja is one of my favourite things to do. Also, I like to have a nice drink at the town hall square.

Lastly, It’d be interesting to hear what the Swedes can learn from Lithuanians. I’m sure it’s not a one-way process between us!

We have a lot to learn. To be brave and strong. To work hard, to value education. Swedes are getting more and more spoiled and a bit lazy, taking things for granted. Your history is closer and reminds you of how things were. We share the same view of what Russia could do.

Some 15 years ago, while at the Kaunas municipality, I noticed the PCs the locals used were more modern than ours at that time! You are more ambitious.