The Kaunastic Story of Mykolas Žilinskas

More than two thousand works of art, documents, books, other valuables and two large galleries in Kaunas. These are the essential gifts from Mykolas Žilinskas (1904–1992) to his homeland. 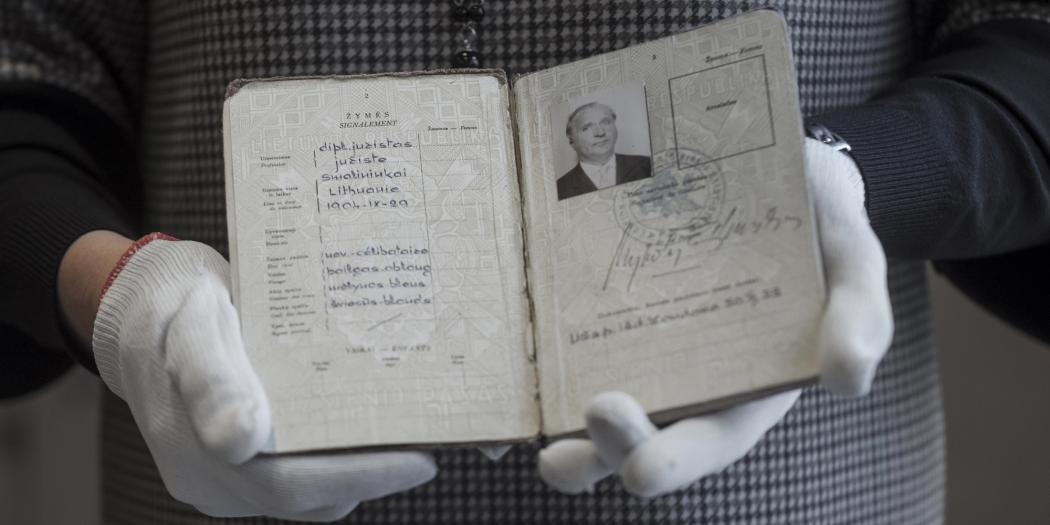 The article printed in the December edition of Kaunas Full of Culture magazine is about Mykolas Žilinskas, a collector and philanthropist who, indirectly, gave two major gifts to Kaunas, unmissable for both residents and guests of our city – the Kaunas Picture Gallery and the M. Žilinskas Art Gallery. Browse the full issue here. 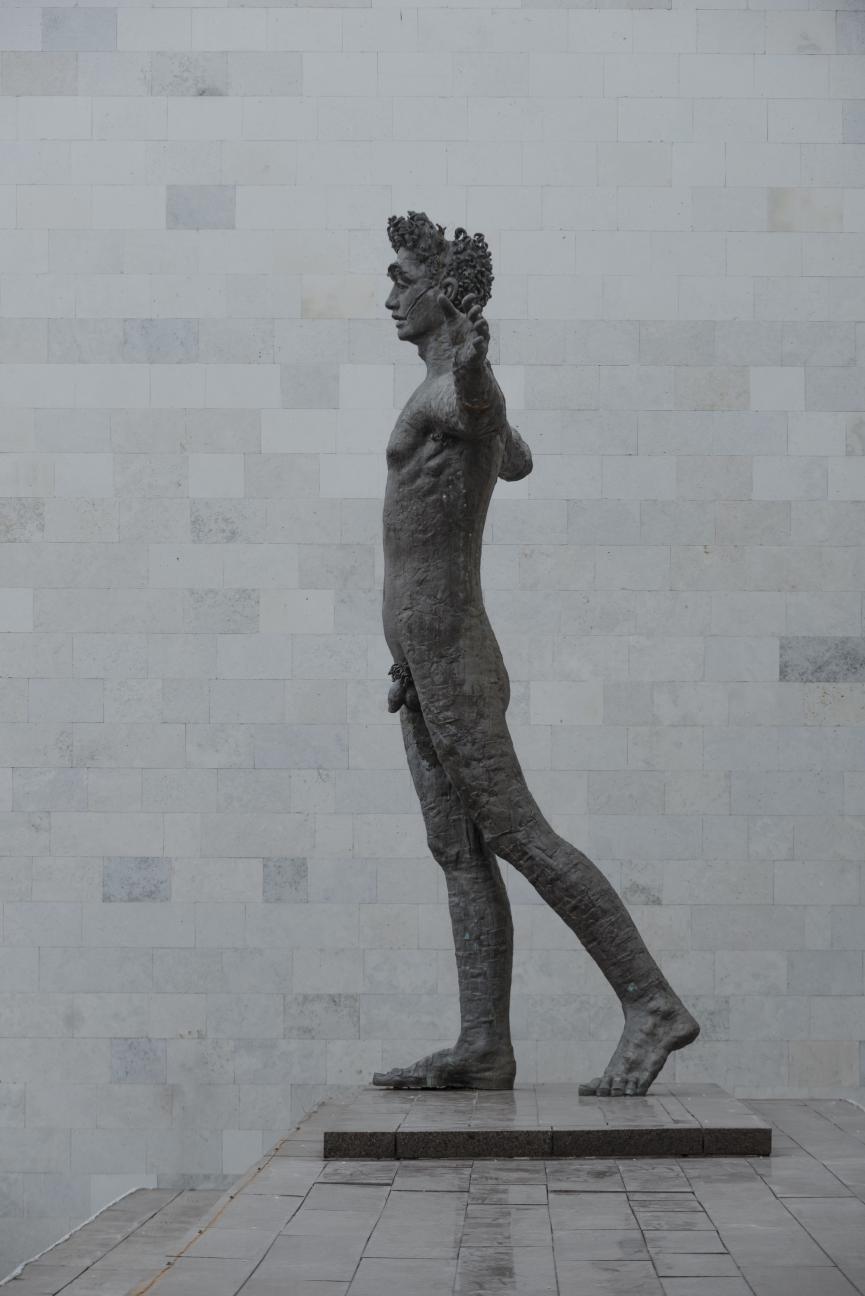 Unveiled in 1991 in front of the Žilinskas gallery, the work of the Lithuanian sculptor Petras Mazūras called 'Man' is one of the most recognized objects in Kaunas.

More than two thousand works of art, documents, books, other valuables and two large galleries in Kaunas. These are the essential gifts from Mykolas Žilinskas (1904–1992) to his homeland, which he did not give up even for a second while living comfortably in West Berlin. Also, the return home of Lithuanians in exile, his sisters and their families. It is hard to say which gift is more valuable. After all, what is a painting or a building compared to human life? However, although these gifts are related, the story has been woven out of differently coloured threads. It is a mystery worthy of a book or even a TV show that covers several regimes and more than one border.

Mykolas Žilinskas – a businessman, an officer, a patron – was one of the most mysterious Lithuanians of the 20th century, as well as one of the wealthiest ex-pats. He, upon learning from Pienocentras guard that NKVD was waiting for him at his flat, fled in his Buick from the Soviet-occupied Kaunas straight to Berlin, where he already had a four-story house. A historian by profession, who worked in national security and in a government office during the years of the First Republic, had already begun collecting art – he wanted to decorate a newly acquired Abromiškės estate and open it to holidaymakers. Unfortunately, he was too late. 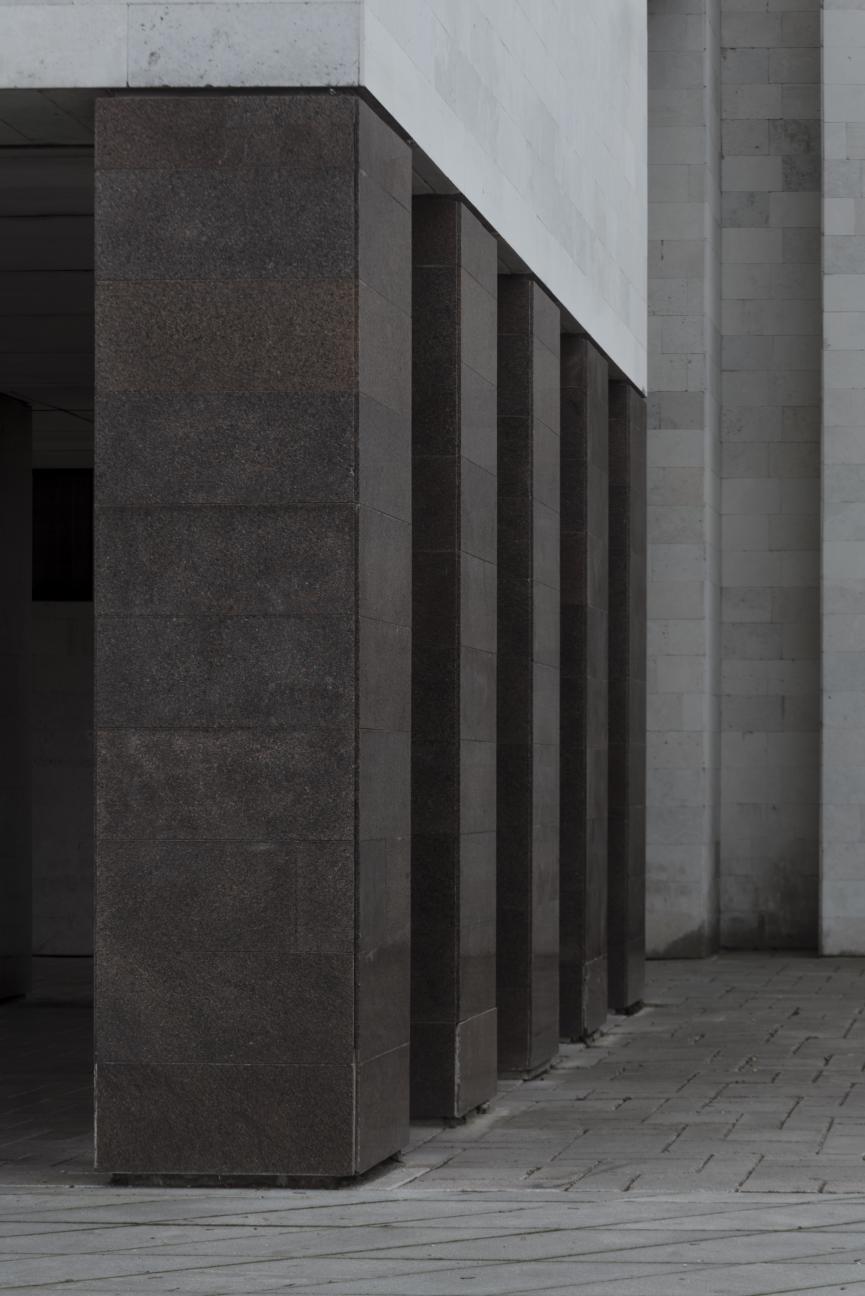 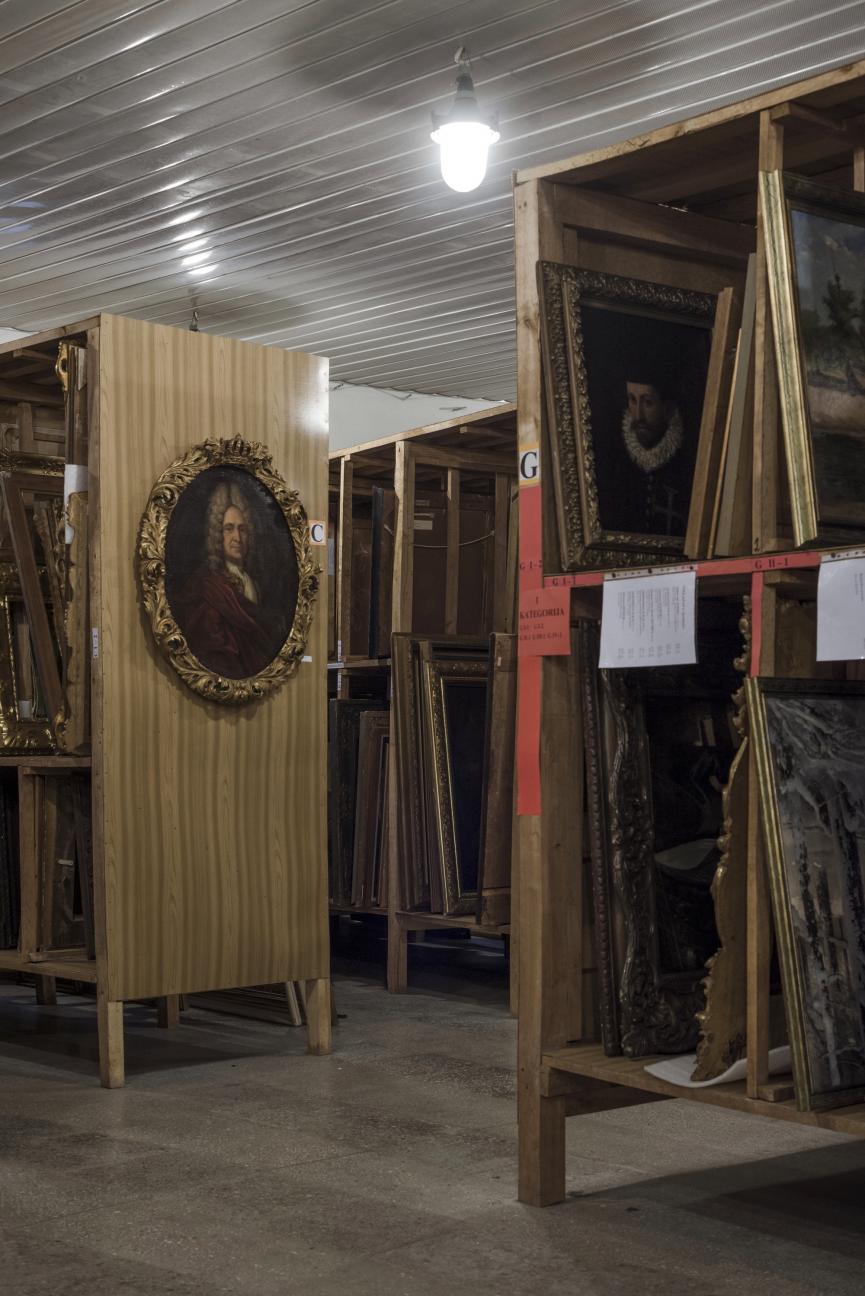 He didn’t make it and in Berlin fell directly into the hands of the Gestapo. Americans later thought that Žilinskas was a communist, and Soviet security assumed that he wasn’t even the same Žilinskas but someone who shared his name and worked in a Lithuanian embassy in Sweden. The KGB’s case on him, which was kept until 1991, later mentioned that he was “hostile to the Soviet authorities and will not cooperate with security.”

Irmantė Šarakauskienė, head of the Mykolas Žilinskas’ collection sector of the M. K. Čiurlionis National Museum of Art had never met the person who had given this great gift to Kaunas and Lithuania, and yet she speaks of him as if he were a close older relative or a teacher. Carefully, with white gloves on, she is leafing through his Lithuanian passport – yes, the one from independent Lithuania. After somehow extending its validity in London, Žilinskas travelled around Europe as a true Lithuanian and even managed to gain access to Soviet-occupied Lithuania with this passport. 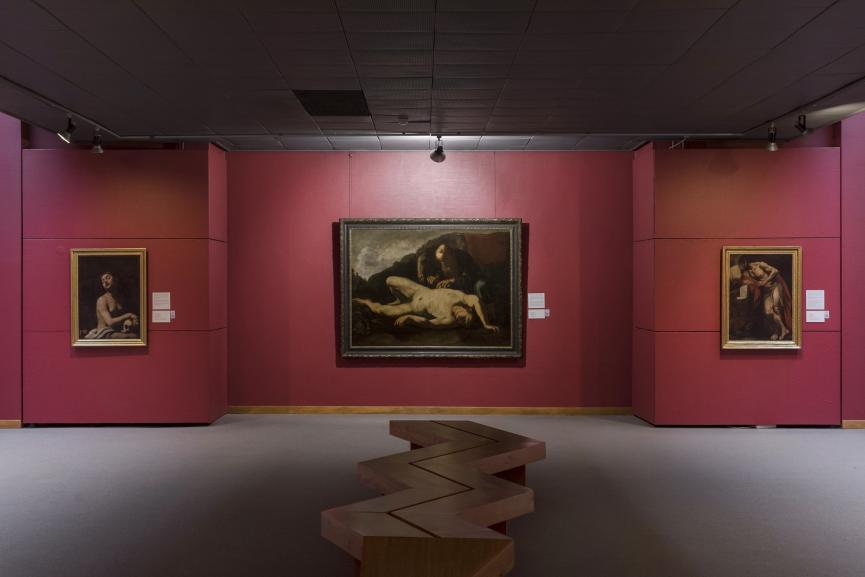 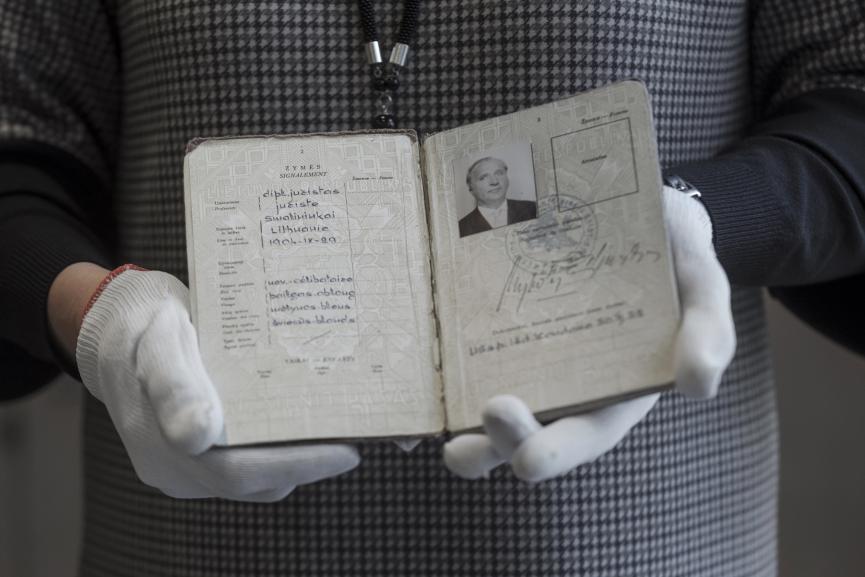 I. Šarakauskienė assures us that she cannot decide which works from the collection that was transported in dozens of trips (no papers documenting these trips are available) to Kaunas would be her favourite, and there is enough research material for several generations of specialists. The truth is – Žilinskas himself was not an art historian. Not all the donated works turned out to be originals. However, he ordered to indicate on the labels to write what he had purchased. Today, perhaps not all notes would appeal to the patron. You can find out more about it by watching Gražina Sviderskytė’s documentary Smuggling of the Century: The Last Journey (Šimtmečio kontrabanda: Paskutinis reisas) recommended to the photographer and me by I. Šarkauskienė. After watching it, we both pass on the recommendation to you all. At the little bookstore of the gallery, both of us also purchased the vice minister of culture in Soviet Lithuania as well as one of the transporters of Žilinskas’ collection – Vytautas Jakelaitis’ book containing memories about Žilinskas, published in 1994. 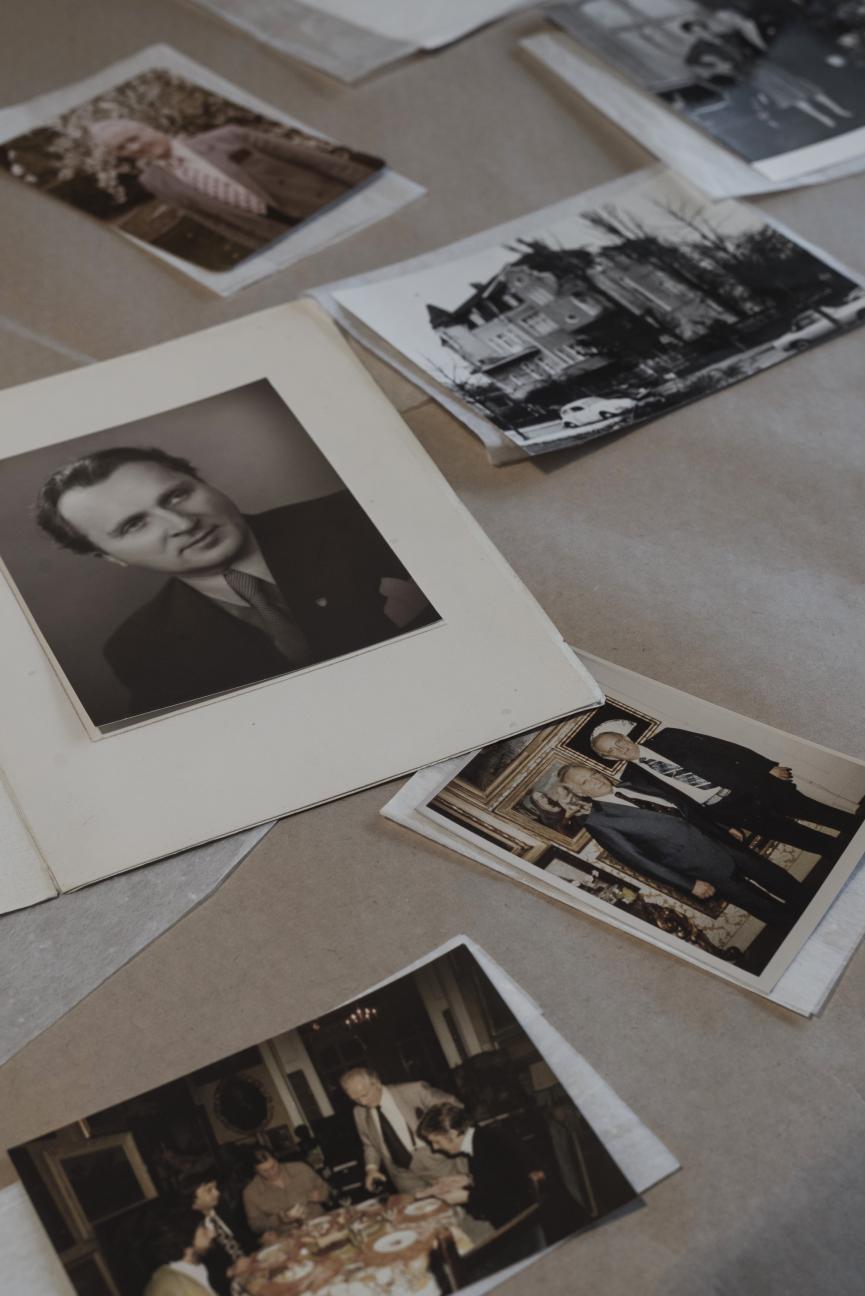 Žilinskas bought hundreds of artworks while already living in the West – Denmark, France, and West Berlin. There was a rumour circulating about his collection, which decorated all the walls (in several rows) of his four-story building, and people wanted to see it. Vytis (coat of arms of Lithuania) would meet the guests of Žilinskas’ house. In the end, without having any direct heirs, he gifted his collection to Lithuania, rather than any other country. Initially, he offered it instead of ransom – for his sisters to be able to return home. He wrote letters to Justinas Paleckis, the chairman of the Presidium of the Supreme Soviet of the LSSR. The Soviets seemed to refuse this trade, and later the sisters returned to Lithuania, perhaps to help communicate with the wealthy ex-pat. But Žilinskas was not only concerned with his sisters. He wanted the Lithuanians to return to Lithuania and believed that a gift of this magnitude would help strengthen nationality.

No point in repeating here what has already been shown and written down. The detective story draws you in because it isn’t finished yet. Until now, it remains unclear who exactly was transporting the pieces across the border. The story is full of symbols – bringing modern Lithuanian furniture to Žilinskas’ house in West Berlin, they took the luxurious antique ones and brought them to Lithuania in a truck during the fall of the Berlin Wall. They barely made it, just like that time when they drove with José de Ribera’s painting, and it coincided with the time when Germans were looking for Maoists, stopping all the suspicious cars. Despite that, they succeeded.

Listening to I. Šarakauskienė, watching G. Sviderskytė’s documentary and leafing through V. Jakelaitis’ monograph, a portrait of an extremely intelligent, educated, meticulous and cautious, wealthy, yet prudent, and courageous and insightful man slowly emerges. Who could have thought, that just after Stalin’s death, a decades-long epopee will commence that both KGB and Žilinskas himself believed to be in control of? 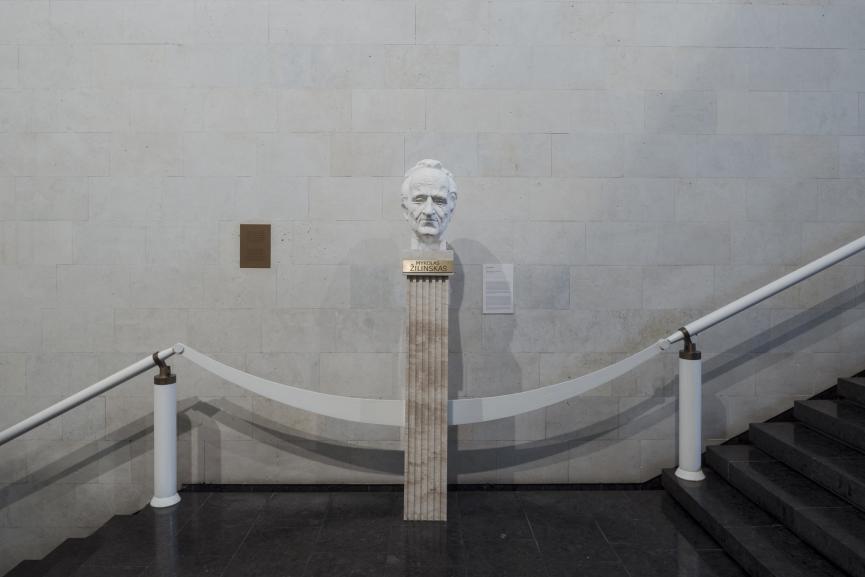 Kaunas Picture Gallery opened in 1979, gained a great success with thousands of people flocking to see the art donated by the mysterious philanthropist. After Žilinskas’ visit to the Song Festival and perhaps due to the positive feelings that awakened in him, the rest of his accumulated collection started to flow. Although the shipment of the collection was finalized in independent Lithuania, the opening of M. Žilinskas Art Gallery in the summer of 1989 could be considered as its joyful finale. The postmodern design by architects Eugenijus Miliūnas, Kęstutis Kisielius, and Saulius Juškys is awaiting its reconstruction. About time! Perhaps a renewed exterior will become a reason to stand in line once again? I. Šarakauskienė recounts the idea of a Russian art expert who, after visiting the gallery several times, noticed that Kaunas residents have not yet discovered this gift, the value of which is difficult to determine. In terms of money, it’s millions, but what if we don’t measure it in cash?

Žilinskas also visited the construction site and asked to install everything in the highest quality. Later, already in poor health, he visited the functioning gallery. He did not like attention. Žilinskas lived an ascetic life – he would spend his money on paintings but never on a taxi. After buying an artwork, he could bring it back home on his back. He would also serve food to his guests at home instead of taking them to restaurants.

There are not many memorial signs of M. Žilinskas in Kaunas. There are two galleries and a tomb in Petrašiūnai cemetery. There is also an apartment building that used to belong to him on the corner of Gertrūdos and Birštono Streets, next to the historical presidential palace of the Republic of Lithuania. It was a smart investment then, and today it might be a future hotel still under maintenance. You know what? I feel like if the owners of the hotel put an effort in decorating the hotel, in terms of modern solutions as well as art valuables, which would be available to the public to see, Žilinskas would like that. A man, who, when he was a kid, wanted to study so much that he sewed the land with tobacco, sold the harvest and went to Kaunas.