The conference organizing business’ response to the challenges of the pandemic

Just like other businesses, the activities of which (as they were before the pandemic) became impossible to continue in a day or a few weeks, the professional conference organizers also had to think really hard about what should be done next.

A year and a half ago, when discussing the expanding conference tourism and the high added value it creates in Kaunas, we talked to the organizers of such conferences and shared inspiring growth trends. Today, these businesses are among those that were hit the hardest by the pandemic. It took the businesses not only great ingenuity but also inner strength of the teams themselves to stand up against it and survive in the market. According to Ramunė Balnionytė, the founder and CEO of the conference organization company EVENTAS (PCO & AMC), they had to make a decision in just a few days: either everyone goes their separate ways, or they try to survive. The second path was chosen. The company decided to take on the challenge of a changing world by responding to it with different activities and new skills.

Just like other businesses, the activities of which (as they were before the pandemic) became impossible to continue in a day or a few weeks, the professional conference organizers also had to think really hard about what should be done next.

“We also had to decide - to close the door and go our separate ways or try and do something. “Something” literally meant “something” at the time, because like everyone else, we had no idea what challenges exactly we would have to face or what competencies would be needed to solve them, and, in general, in what other ways the world would change, what would remain of great importance in it, and what would become irrelevant. I think that not only companies but also everyone, in general, had faced this situation,” R. Balnionytė says openly.

The company under her leadership has chosen the path of survival with all the challenges of adaptation and new forms of activity. Initially trying to postpone the events to later dates, the company later found courage to organize them online. Adapting to the new working conditions and global realities in general, people’s habits changed, new skills and new experiences appeared, and the organizers of teleconferences learned a lot and passed on a lot of knowledge to their clients.

The figures show that the decisions paid off. In 2020, the company realized 30 percent more events than in 2019, and the total number of participants increased by as much as 60 percent.

The confidence of long-term clients - the highest currency that has not depreciated even during the crisis - has become a huge boost for business.

“They trusted us even when they knew that we would be doing many things for the first time. It is an unbelievable gift and an even greater commitment to future work. It is evident that even in such extreme times the essential principles and requirements remain: your approach to the work, comprehension of the quality, professional solutions, and the resulting trust in each other,” the head of the company says. 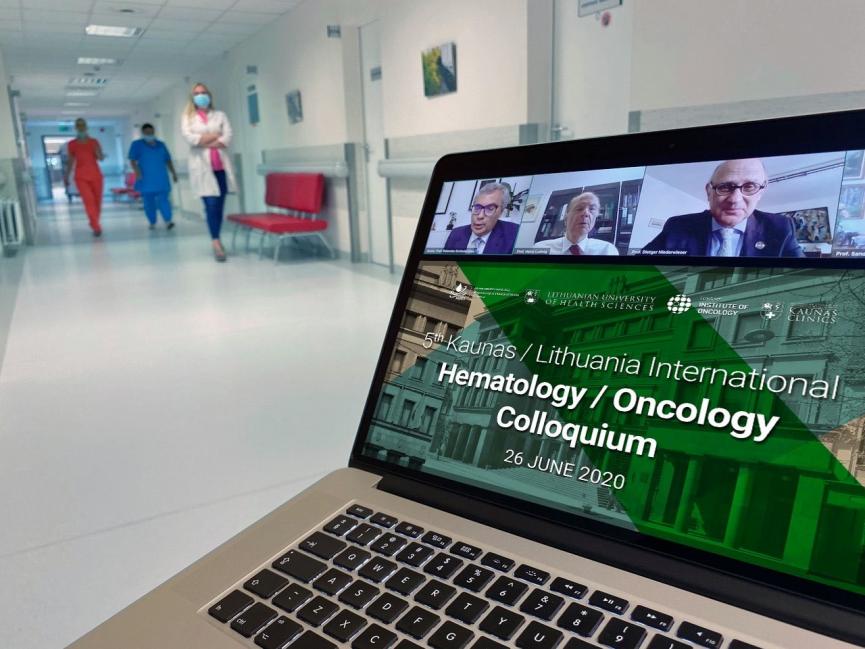 Eventas organized the first international event remotely at the beginning of the summer when the pandemic subsided. And it was far from easy: employees had to learn a lot on their own, redistribute duties, responsibilities, acquire the necessary technical equipment, train staff, speakers, and conference participants. Success and good feedback encouraged the company to continue working in this direction. Soon the organizers were discovered by new clients who, before the pandemic, were able to organize traditional events using their own resources but as conditions changed realized it was no longer possible.

After the first remote events, the company saw its advantages and disadvantages. “For example, the online format of the event allowed us to invite world-class professors, who probably would not have been able to come to Lithuania all at the same time. It also proved easier and more attractive for some participants to spend the day at the computer at home or at work and gain valuable knowledge without wasting time traveling to another city or staying in hotels. On the other hand, remote events lack the socialization of professionals, colleagues, networking, and other very important interactions that create the added value of conferences.”

Contrary to what may appear at first glance, the cost of organizing remote events not only did not decrease but even increased. According to R. Balnionytė, organizing a professional event online often requires more resources, starting with the staff, and finishing with the technical equipment. Preparing for such an event remotely is more complicated, the process requires even more diligence because the slightest mistake is instantly noticeable and is more difficult to solve than in a live event. Speakers and participants also need more attention and help to prepare than was needed in the events of the traditional format.

Conference organizers say they believe that in the long run, a mixed format of events will take root, with some speakers and listeners attending a live event and others connecting remotely. After this pandemic, the world will no longer be what it used to be, and those working in the event organizing sector will successfully use the newly acquired competencies and seek inventive technological solutions to meet the needs of their customers.