Presentation of new kaunastic t-shirts and sweatshirts was kicked off with a discussion about the streets of Kaunas. 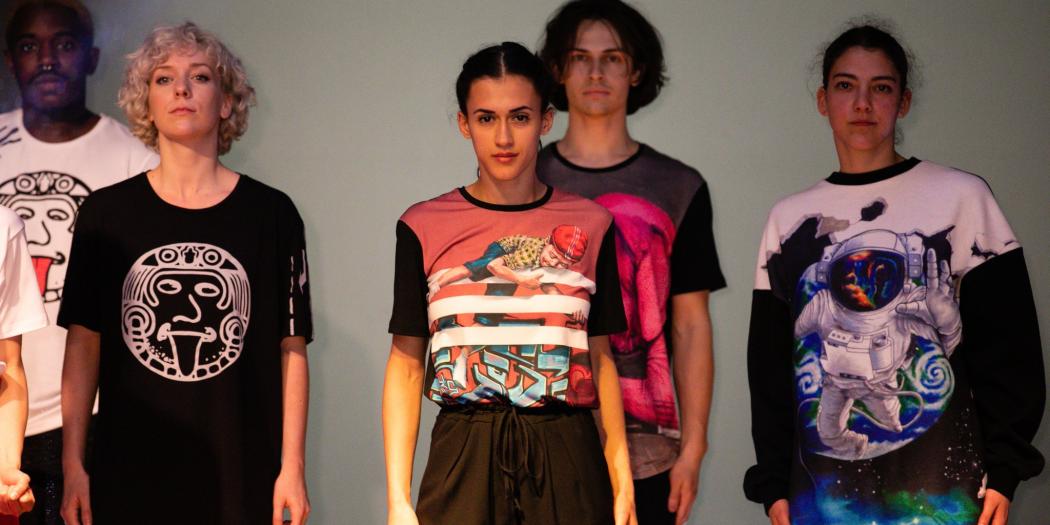 Street art has been booming in Kaunas for quite some time now. What kicked off as (most often) illegal pastime, a form of protest and way of expression, has turned into a colourful flow of murals appreciated by both the society and the municipality. Transforming street art and finding new canvases for it aren’t unusual, too – our old trolleybuses have been turned into mobile galleries, and well-known paintings have been transferred to maps, magazines, pins, clothing etc. Yes, clothing – we’ve announced a few months ago you can now wear the streets of Kaunas, and we’re happy to continue the story as new t-shirts and sweatshirts of have just been revealed.

The pop-up event took place at the Kaunas Artists’ House. The kaunastic dancers of Aura dance company agreed to be the models; a talk about the current state and prospects of street art in Kaunas took place before the show. 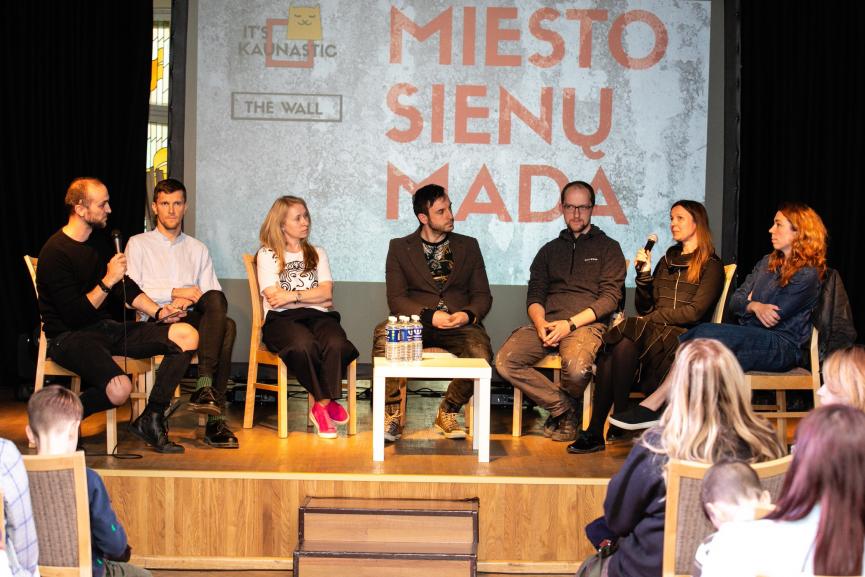 “I think if the society accepts a mural and appreciates it, it’s totally cool for the people to decide what to do with it next”, said Tadas Šimkus, one of the authors of The Old Wise Man, during the presentation of “The Wall” clothing line created by Rita Kaupelienė together with “Kaunas IN” agency. The Old Wise Man, one of the largest murals in Kaunas, depicts, well, an old man smoking a pipe. The prototype of the man is George Maciunas, the founder of the Fluxus art movement, who was born in Kaunas. The piece was done on the facade of a former shoe factory. The Soviet-built factory had been empty for years before it was taken over by independent artists that called the place “Fluxus Ministry”. The temporary project, a hub for various ideas, events and happenings, is over now, but the Old Wise Man is still out there, slowly but surely becoming one of the best-known images of contemporary Kaunas. 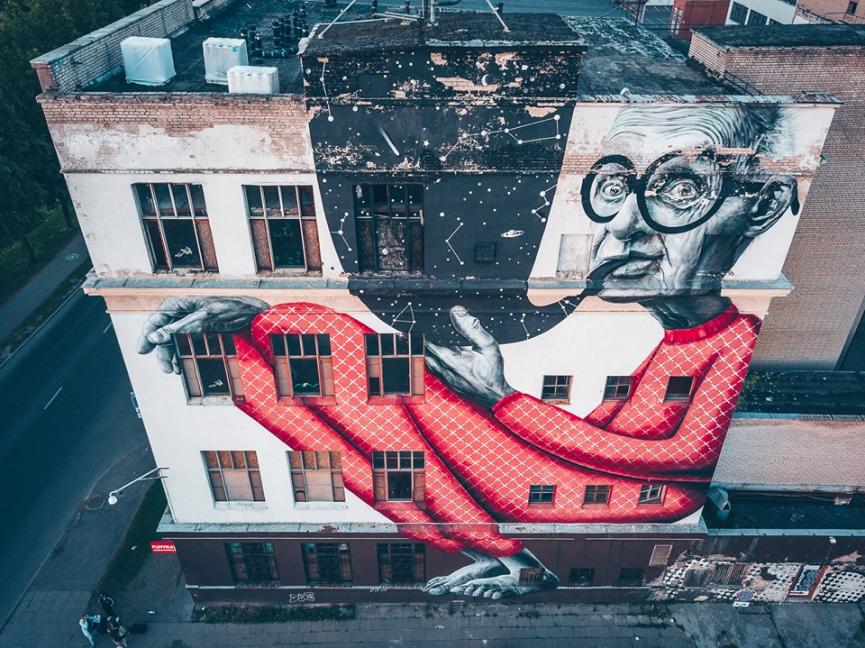 Architect Asta Kiaunienė, who also participated in the discussion that took place in front the pop-up catwalk, noted that the Old Wise Man did a great job of hiding the factory that is absolutely out of context of the urban landscape of Kaunas Old Town, and that was one of the reasons people of Kaunas like it so much. In fact, residents even protested against removing the mural, as some populist politicians suggested it promotes smoking! Well, as Žygimantas Amelynas, an artist who did the Old Wise Man together with Tadas Šimkus, noted, the hidden message in their idea was to blow some wisdom into Kaunas, and it worked! 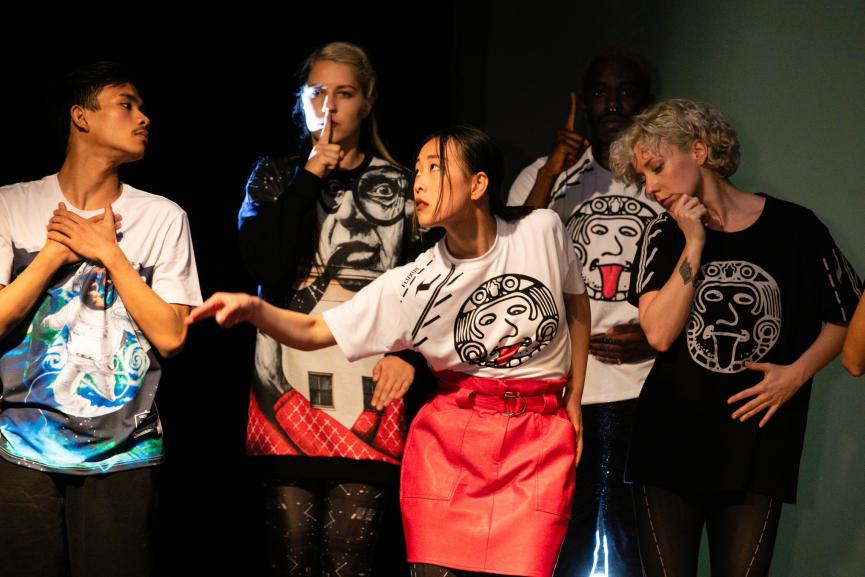 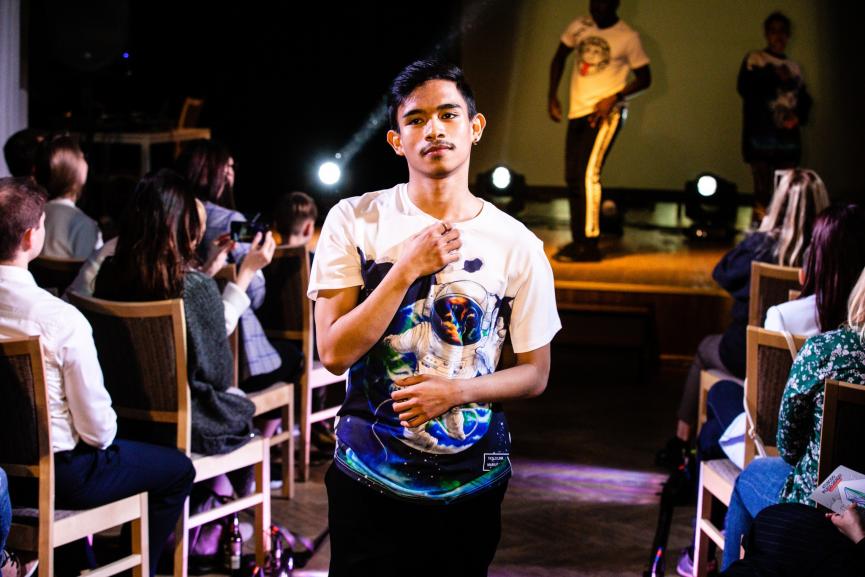 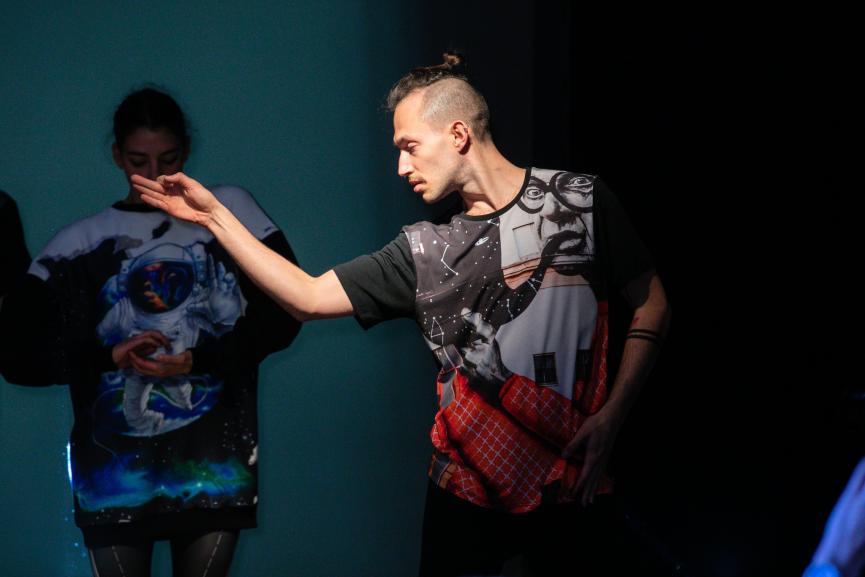 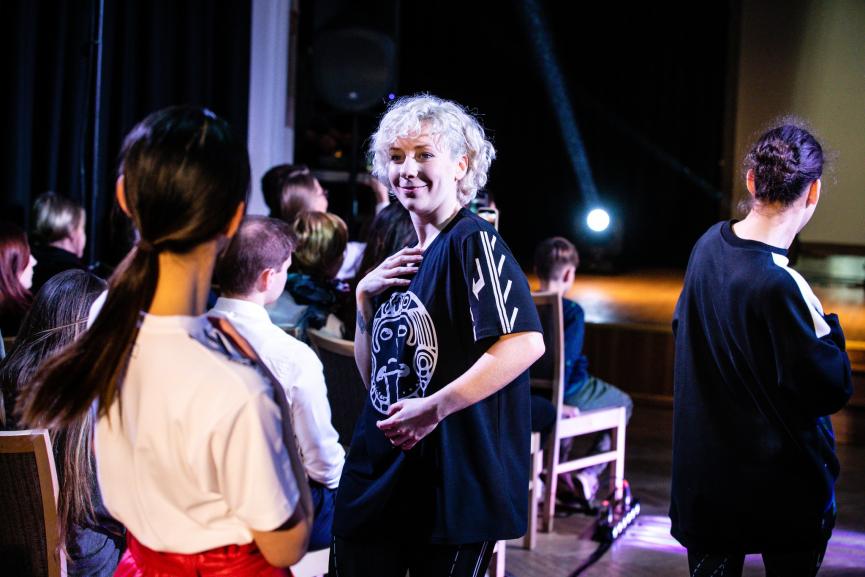 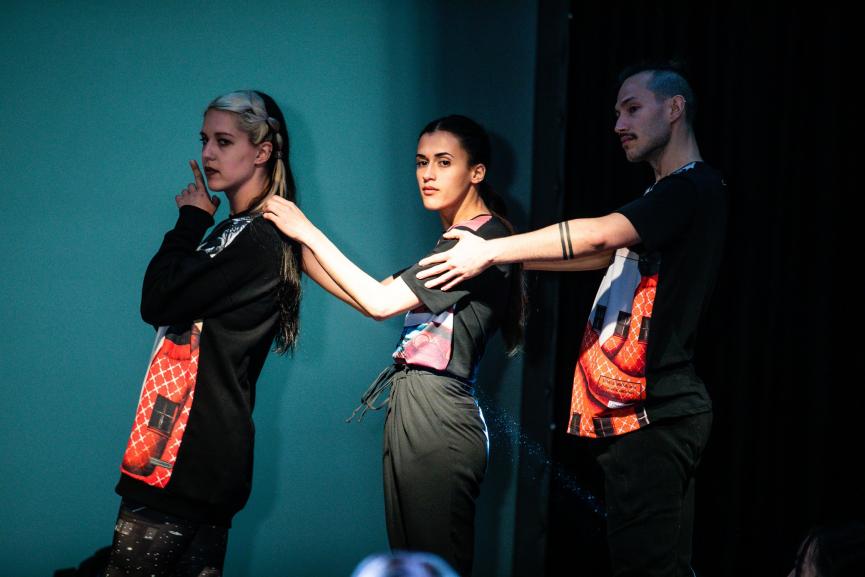 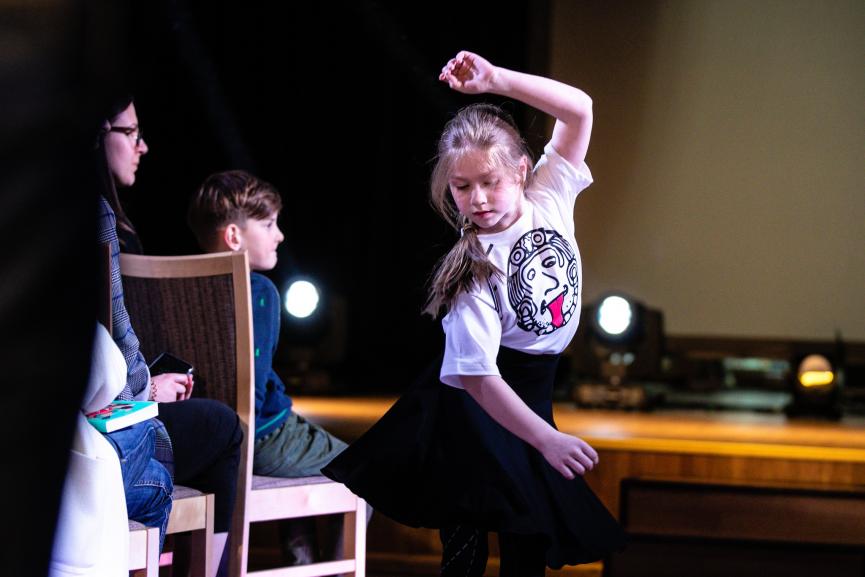 Strong messages, often social, are crucial for street art that is meant to be more than just a decoration or make-up for plain walls, the participants of the discussion agreed. This is why there’s a need for curators, not only the artists and the owners of buildings when talking about legal murals. The Kaunas street art festival NYKOKA is all about a whole curation process – that’s why the festival is currently hibernating, as it’s looking for bright-minded individuals to join the crew. Contact NYKOKA and Tadas Šimkus if you’re interested!

Another exciting topic is that the Kaunas city municipality is up for more street art – it has recently launched a tinder of sorts, a platform for connecting artists and building owners. The ideas for heritage buildings or those expecting public funding have to meet specific criteria of aesthetics.

Let’s get back to fashion! Rita Kaupelienė, the designer of the clothing line called The Wall, told that she was desperate for contemporary Lithuanian symbols when working on souvenir t-shirts. An idea of using well known and appreciated street art popped into her head when browsing through Wallographer’s Notes, a street art map published by It’s Kaunastic (we’re flattered!). 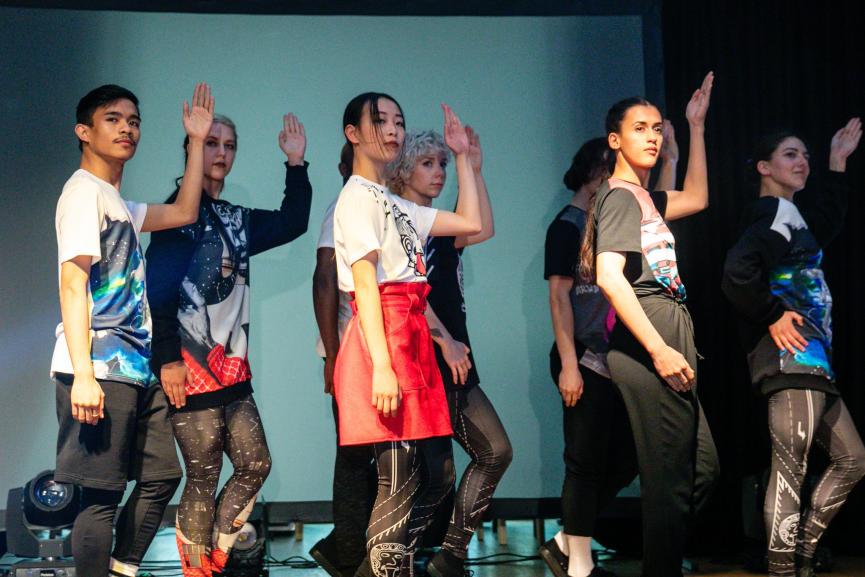 To cut a long story short, you can now wear t-shirts and sweatshirts (leggings, too, and even beanies we did the previous time are also available) with motifs of The Old Wise Man, the Aztec symbol from the George Maciunas Square by Naglis Rytis Baltušnikas, the Pink Elephant by Vytenis Jakas, a mural done by the world-famous Lithuanian artist Ernest Zacharevich etc. Very soon all of the pieces will be available at our webshop and in the Kaunas IN tourism information centre at the Town Hall.

Story and pictures by Kaunas IN