Meet Vladas Putvinskis – And Welcome to His Street!

The Commander of Lithuanian Riflemen's Union and pioneer of aquaculture was also an enthusiastic promoter and supporter of the Lithuanian language. 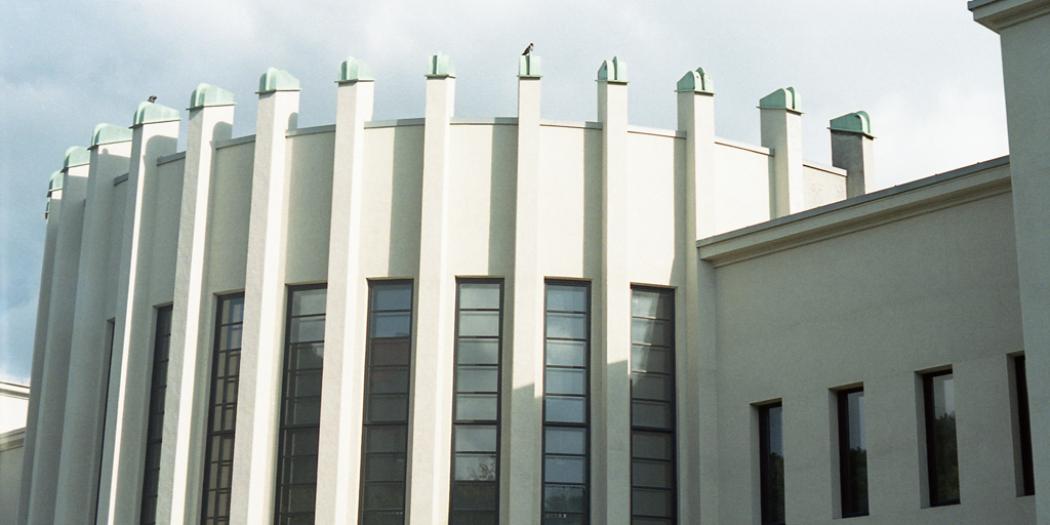 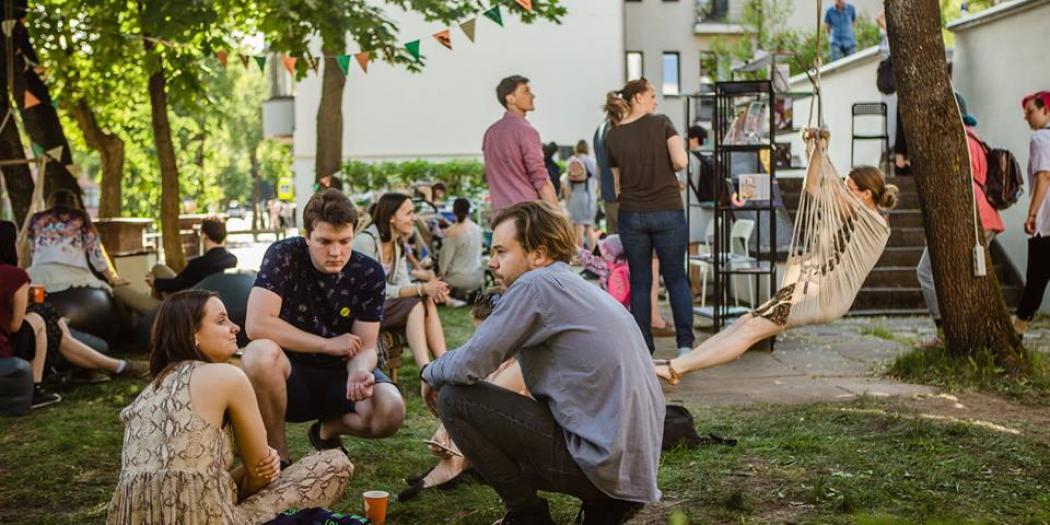 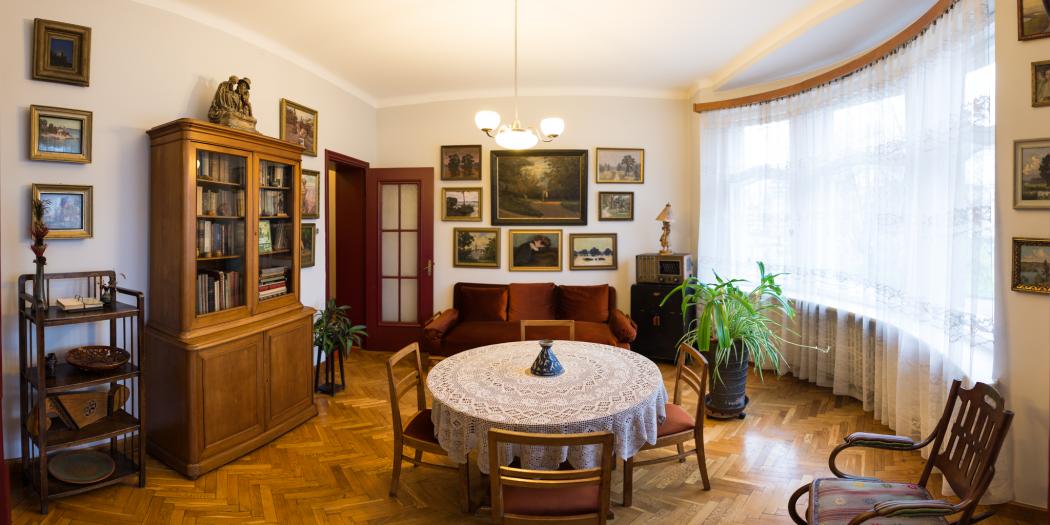 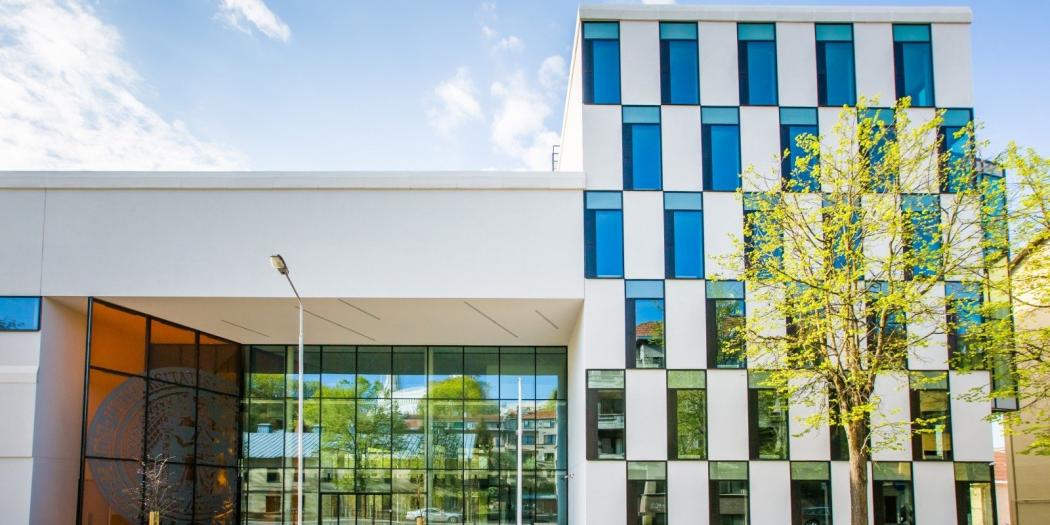 On June 27, 1919, a group of patriotic enthusiasts in Kaunas established The Lithuanian Riflemen's Union (LRU). The new organisation first operated as a section of the Lithuanian Sports Union. The riflemen aimed their efforts at supporting the military in protecting the reinstated republic.

Vladas Putvinskis (1873-1929) a nobleman, landowner and activist, became the first Commander of the LRU. His first cadency lasted until 1922; in 1928, he again took the position of the Commander for another year. You must have heard the name Putvinskis if you’ve already visited Kaunas. The street bearing the nobleman’s name was an important diplomatic boulevard in the interwar Kaunas. Today, it's an essential cultural axis of central Kaunas. Before taking a stroll there, let’s find out why Putvinskis was so important. 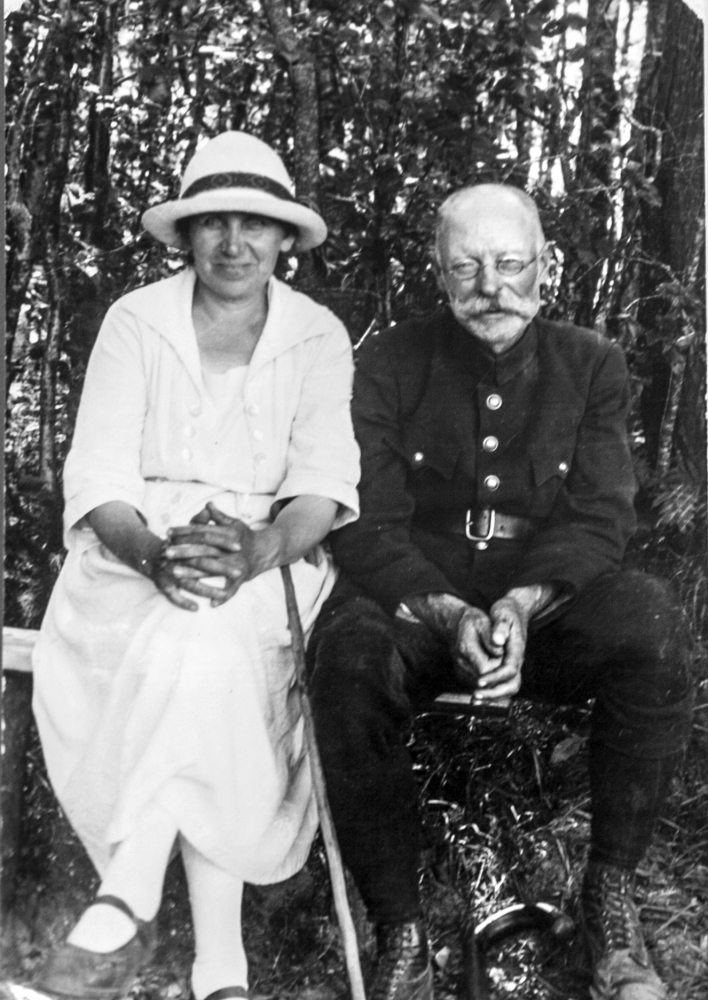 Emilija and Vladas Putvinskiai. Picture from the family archive.

Having grown up in a family of Polonized Lithuanians, Putvinskis, a pioneer of aquaculture in the country, together with his wife Emilija, went on to become an enthusiastic promoter of Lithuanian language and even established an underground school (at that time, Lithuania was part of the Russian empire; Tsar prohibited our language in the written form). His manor in Pavėžupis near Kelmė became an important centre for Lithuanian language and literature. This is where many prominent Lithuanian writers gathered to share their work and get inspired by each other. 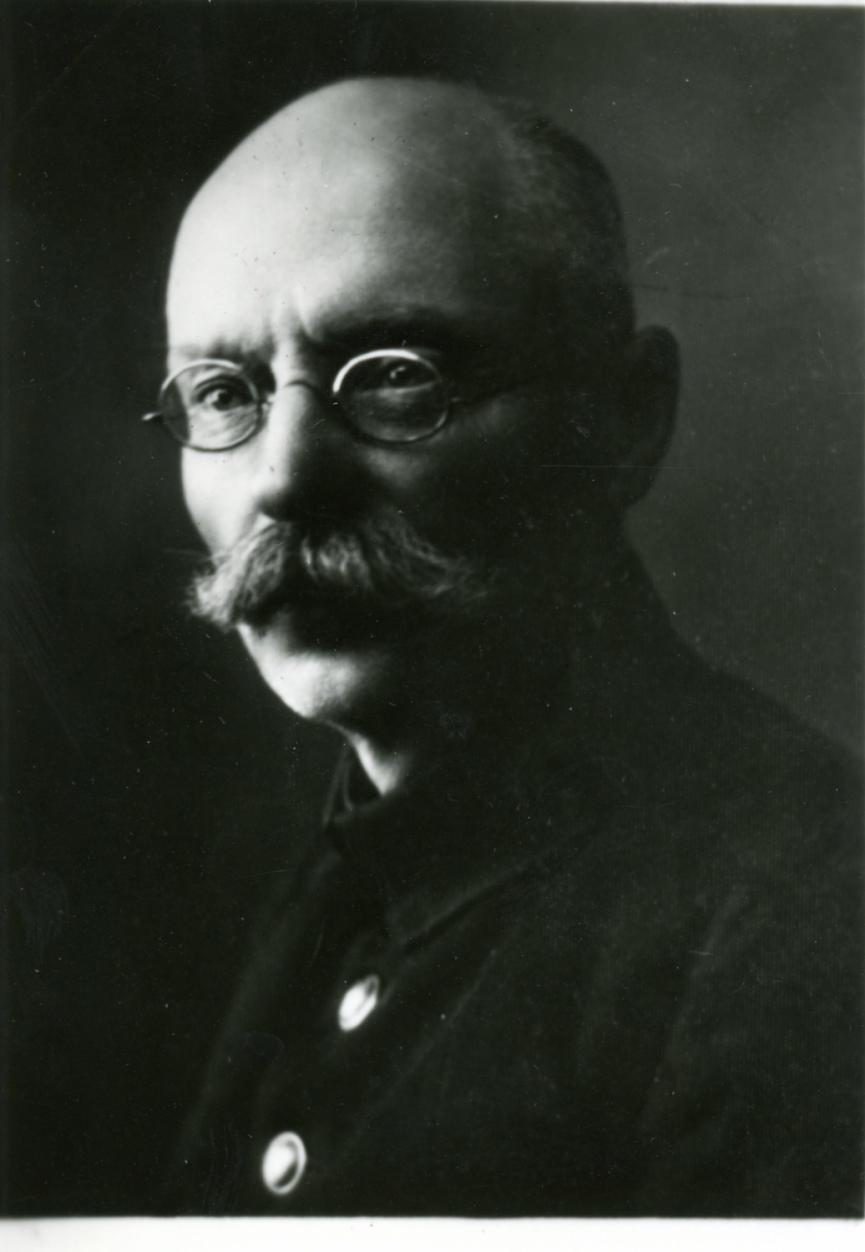 Putvinskis himself had literary ambitions and signed his works with a Lithuanized version of his last name – Pūtvis. Furthermore, Putvinskis participated in the book smugglers movement during the language prohibition period. 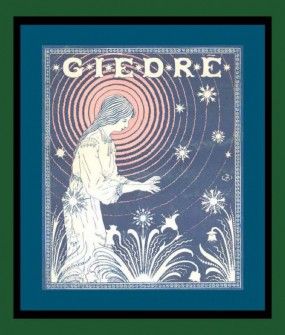 'Giedrė', a book by Pūtvis, is a story about a fairy that sent a little girl Giedrytė to this world.

Putvinskis moved to Kaunas in 1919, a few months before the LRU was established. He lived in Kaunas for a couple of years, then was sent to Klaipėda but soon went to his manor and focused on farming. Putvinskis died in Kaunas in 1929 and was buried in Kelmė.

Stasys, the son of Vladas and Emilija Putvinskiai, became the Minister of Agrarian Policy. He was also a rifleman, same as his brother Vytautas. The latter established his father's memorial museum in Kelmė. The three daughters of Putvinskiai, Sofija, Emilija and Ona, were all riflewomen.

A street in the new part of Kaunas, before known as Kalnų (Mountains) was given the name of Putvinskis in 1931, a couple of years after his death – the short period proves how essential the man was to the Lithuanian Republic. The Soviet occupants renamed V. Putvinskio street to S. Nėries in 1945. In October 1990, after declaring independence, it again became V. Putvinskio. 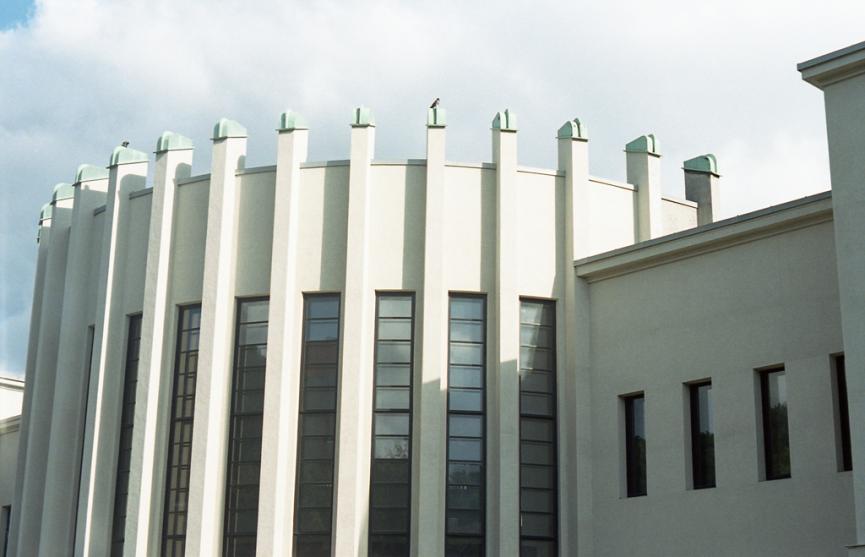 The M. K. Čiurlionis National Museum of Art is sometimes called the crown of Kaunas! Picture by Mantas Matulionis.

The V. Putvinskio street in Kaunas is home to the National M. K. Čiurlionis Museum of Art (the Vytautas the Great War Museum is located at the other side of the grandeur building), the Devil’s Museum, the A. Žmuidzinavičius Creations and Collections museum (Žmuidzinavičius, a famous painter who also served as the commander of LRU, was actually the roommate of Putvinskis for some time), the Kaunas Artists’ House, a building of Vytautas the Magnus University, the historical funicular and even the Dr. Mažylis Maternity Hospital in which a lot of residents of Kaunas (including son of the Japanese diplomat Chiune Sugihara!) came into this world. 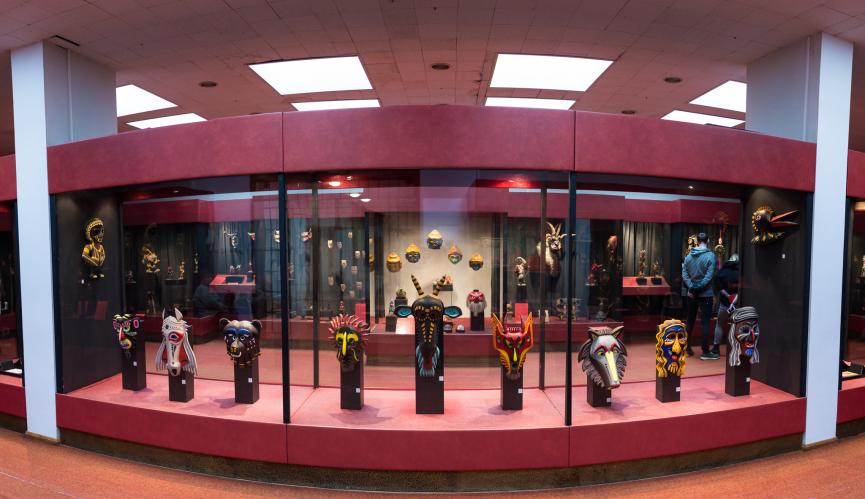 The only in the world, Devils’ Museum is home to approx. 3000 devils from various countries. Picture by Auran Paškevič. 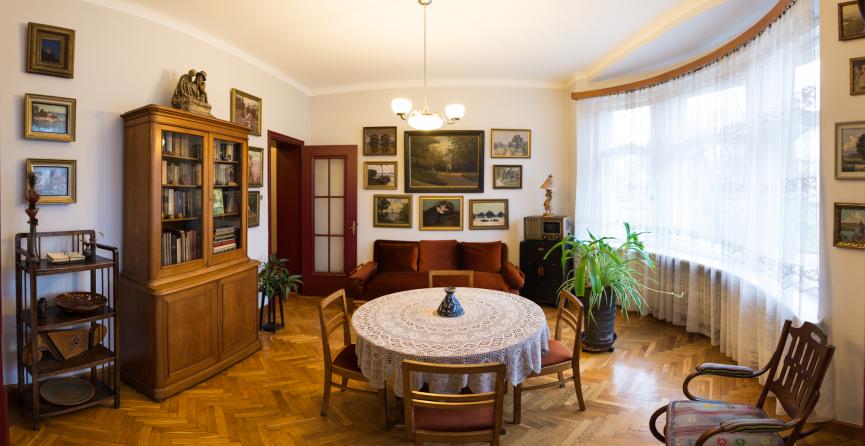 The Žmuidzinavičius memorial museum is adjacent to the Devils’ Museum. In fact, the artist was the one who started the devil collection! Picture by Auran Paškevič.

Most of the objects listed above are inside spectacular examples of interwar modernist architecture – excluding the brand new multifunctional building of VMU. During the First Republic, many of the houses on V. Putvinskio street were embassies or consulates of foreign countries. Local police now use the former building of the French embassy, but there are talks of giving the premises to the new Emmanuel Levinas centre. The French philosopher was born in Kaunas; a square bearing his name should be opened near the ex-embassy. The buildings on the street are divided by a few sets of stairs leading to Žaliakalnis, a charming historical neighbourhood up the hill. 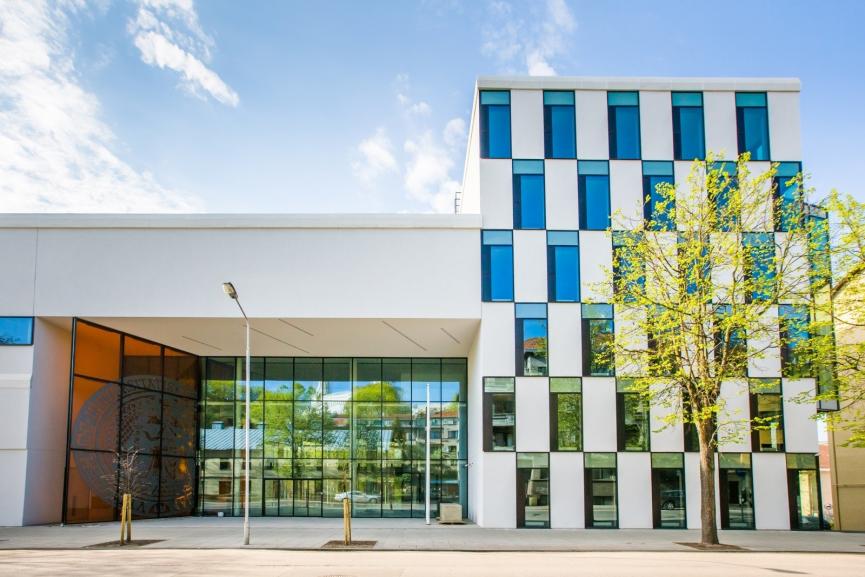 Opened in 2016, the multifunctional building of VMU was designed by architect Gražina Janulytė-Bernotienė. Picture by VMU.

Exhibitions, concerts, movie screenings, discussions, lectures and performances are what fill up the V. Putvinskio street calendar on a daily basis, so it’s almost impossible to miss it while in Kaunas. Recently, a few companies have moved their offices into renovated interwar houses on the street. We hope the trend continues! In fact, the office of our operators, the investment and tourism agency Kaunas IN, is also located on this very street! 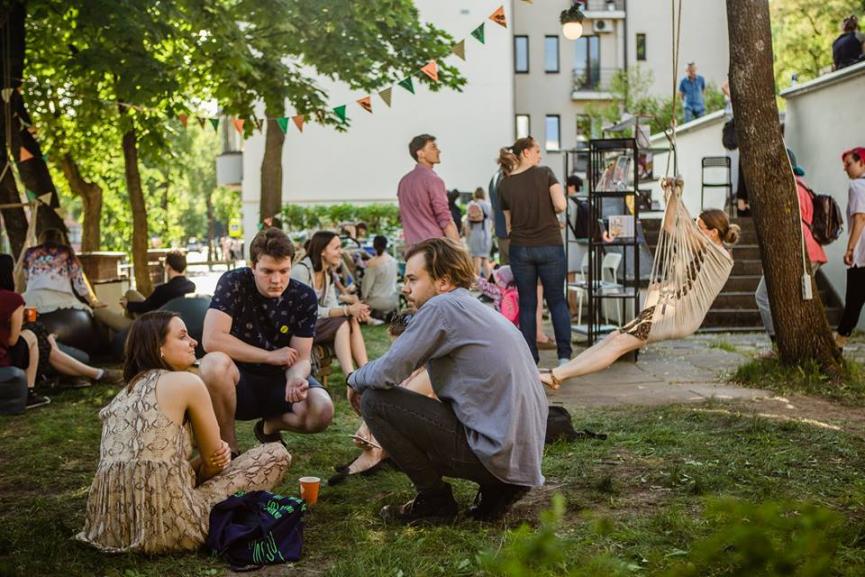 Kaunas Artists’ House hosts and encourages numerous events; the highlight of the year is the Putvinskis day full of activities presented by all of the residents of the street. Picture by Vytautas Paplauskas.

After visiting an exhibition or engaging in a political discussion, you’re welcome to sit down in one of the few cafes and restaurants on the street, including “Putvinskio 48”, “Pompėja” and a handful in the  renovated Vienybės square. All are great for both business lunch and a friendly dinner.