Marjorie from Brazil: “The Kaunastic Feeling is to Expect the Unexpected”

“I felt that in Kaunas people are just as passionate about basketball as we are with soccer”. 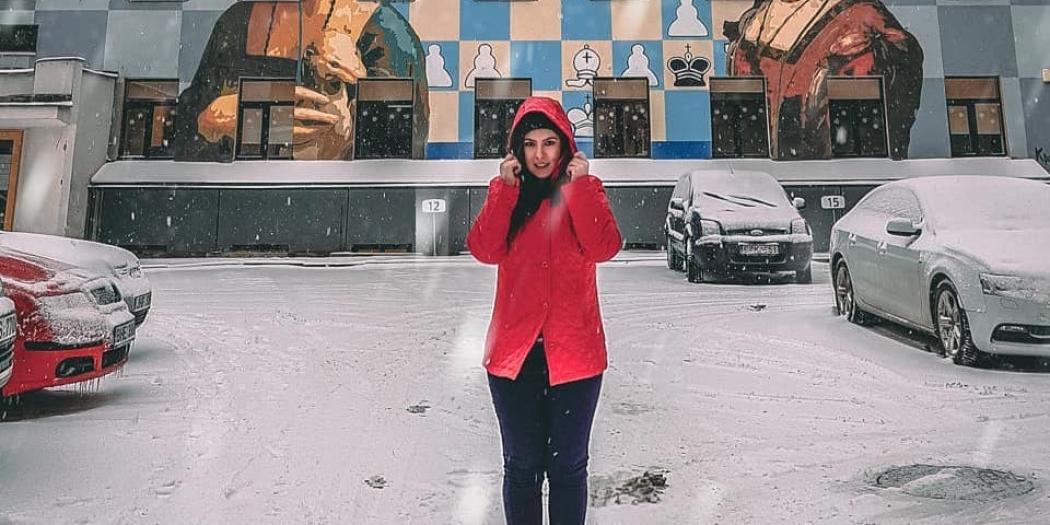 A Brazilian enjoying Lithuanian winter, especially as white as we have it this year, is a somewhat unexpected sight. First, it's the 11 thousand kilometres separating our countries, second, it's usually the other way round - Lithuanians travel to South America for some soon and positive vibes all year round. That's why we were pleasantly surprised to meet Marjorie Lopes, a Brazilian travel blogger from Belo Horizonte. She spent a few days in Kaunas and Vilnius, also other cities in the Baltics, and continuously made us smile with her insightful Instagram posts and stories. Yes, we even used a Portuguese dictionary to translate her beautiful words! Of course, we couldn't help but ask Marjorie a few questions about her time in Kaunas. 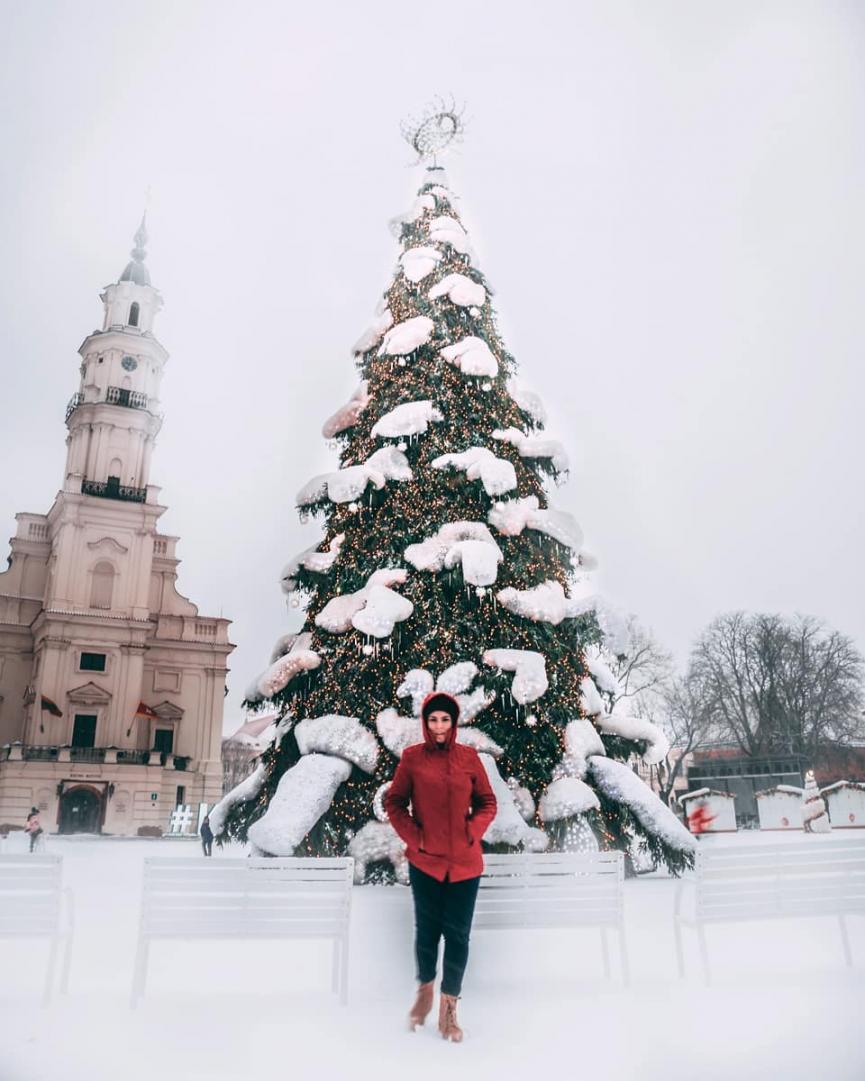 Marjorie was in Kaunas just before Christmas. Picture by @oncoto_travel

First of all, it’s interesting to know when you started blogging. Why did you choose travelling as the main subject? It perfectly suits you!

It was written in the stars, I guess, hehe. Jokes aside, I studied filmmaking in college, and I was always passionate about photography and the creative area. In 2009 I went in my first international trip, and I couldn’t stop after that. Once travelling so much, I became a kind of a reference to my friends and family on giving advice and tips about the destinations.

It wasn’t until 2016 that I’ve decided to produce content and post it online, and in the beginning, it was like a fun hobby and a way to preserve the memories of my trips. But I found a community that was really into what I was doing and I’ve decided to go full on this project, that I named “Oncotô”, which is slang in Portuguese for “Where am I?”. So right now I’ve got a network on YouTube and Instagram, made of people that share the same interests, and the love for travelling.

How many countries have you visited so far? Which place has been the most interesting?

So far I’ve been to 30 different countries, in multiple continents. I’ve been lucky enough to see a lot of amazing places. But I do believe that what makes a place amazing, is not only about the destination itself. It is the experiences you have, the people you meet and the overall feeling you have. That’s why I think two people could go to the same place and have completely different perspectives about it.

If I picked one fantastic place, I would say Berlin. During that trip, I discovered a lot of things about myself and what I enjoy doing, and it was just a remarkable place to be in that time and moment.

How did you decide to travel to Lithuania? Was it part of a European route you took?

To be honest, I didn’t know much about Lithuania, besides some beautiful pictures I’ve seen before.

My flight was from Brazil to Milan, Italy. So not that related or close to Lithuania. But while I was planning the European trip, I stumbled upon a youtube video, made by Lukas Čestovas, about Kaunas. And I loved it so much that I had to go and check out the city for myself. And that was the starting point for my itinerary through the Baltics.

How many cities in Lithuania did you cover? How would you say Kaunas was different from the others if it was?

I went to Kaunas and Vilnius only, but I wish I had more time to explore the countryside and also the coast. My impression was that both cities have some similarities, like the street art culture and the remains of the medieval times. But I think that Kaunas is more ‘green’ and peaceful than the capital, and the Nemunas river is a beauty! Even being more of a chill city, it still has a lot of cultural activities and excellent restaurants and bars. 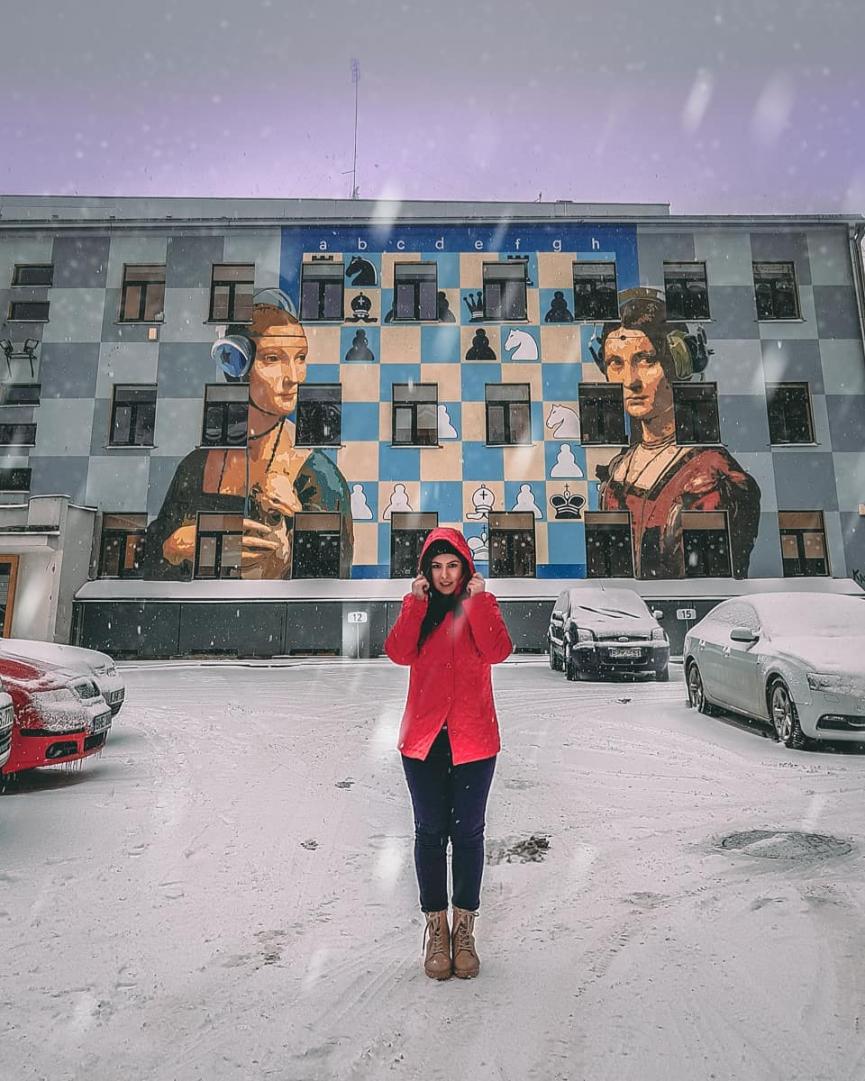 The mural by Linas Kaziulionis can be found in the yard of A. Mickevičiaus g. 37! Picture by @oncoto_travel

Which was the thing in Kaunas that reminded you most of Brazil? Or is there no such thing?

I believe it would be the passion for sports. In Brazil we love soccer, and we are really proud of it. And I felt that in Kaunas people are just as passionate about basketball as we are with soccer. We had the chance to be there in a night of a Žalgiris game. Unfortunately, we weren’t able to go to the Arena, but we watched it at Hop Doc pub, and it was a fantastic time, we felt like we were at home.

What was the most unexpected object or place you visited in Kaunas?

We’ve been to some remarkable places in your city, such as the top of the tower of the city hall. But what really stuck to me was the visit we made in the M. K. Čiurlionis National Art Museum, where we were taken into a room full of wooden crosses that were brought from all over the country, and it was so amazing to see and learn about the folk and pagan culture in Lithuania.

Which restaurant was your favourite?

We went to Momo Grill, and we just loved it. The meat was perfectly done, and the local beer is delicious as well, the service quality was the cherry on top of it.

Did your Brazilian social media followers have any questions about Kaunas?

They were definitely intrigued about the city, and many of them wanted to know about where it was and what kind of trip itinerary they could include Kaunas. And a lot of them kept wandering about the snow and wishing to go to a snowy place as well!

Did you get any souvenirs while in Kaunas?

I couldn’t leave without buying a magnet for my collection! It is a wooden magnet with the skyline of Kaunas, very different and colourful. 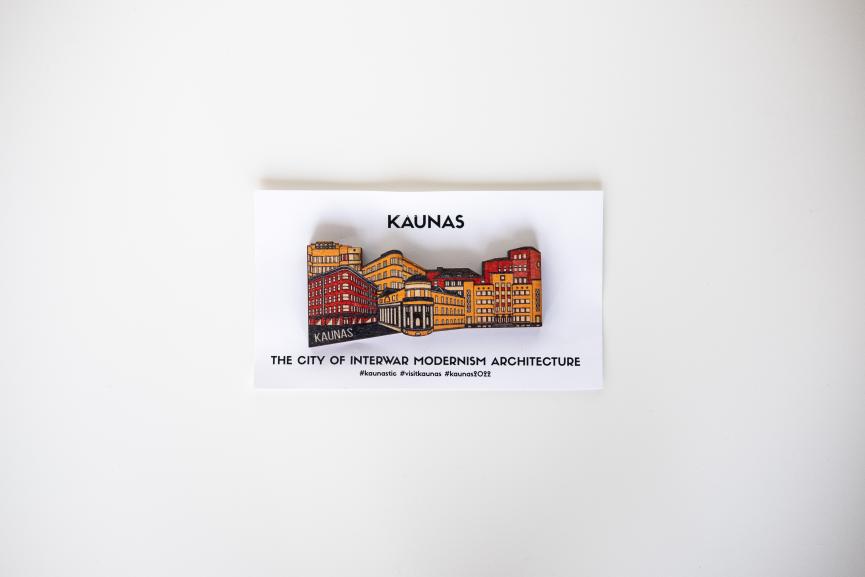 How would you describe the kaunastic feeling?

The kaunastic feeling is to expect the unexpected. To be amazed in every corner you turn. To be surprised by every person you meet and every food you taste. To experience a place with good and positive vibes of a flourishing city, that is open and ready to the world. Kaunas is really a fantastic place to be. 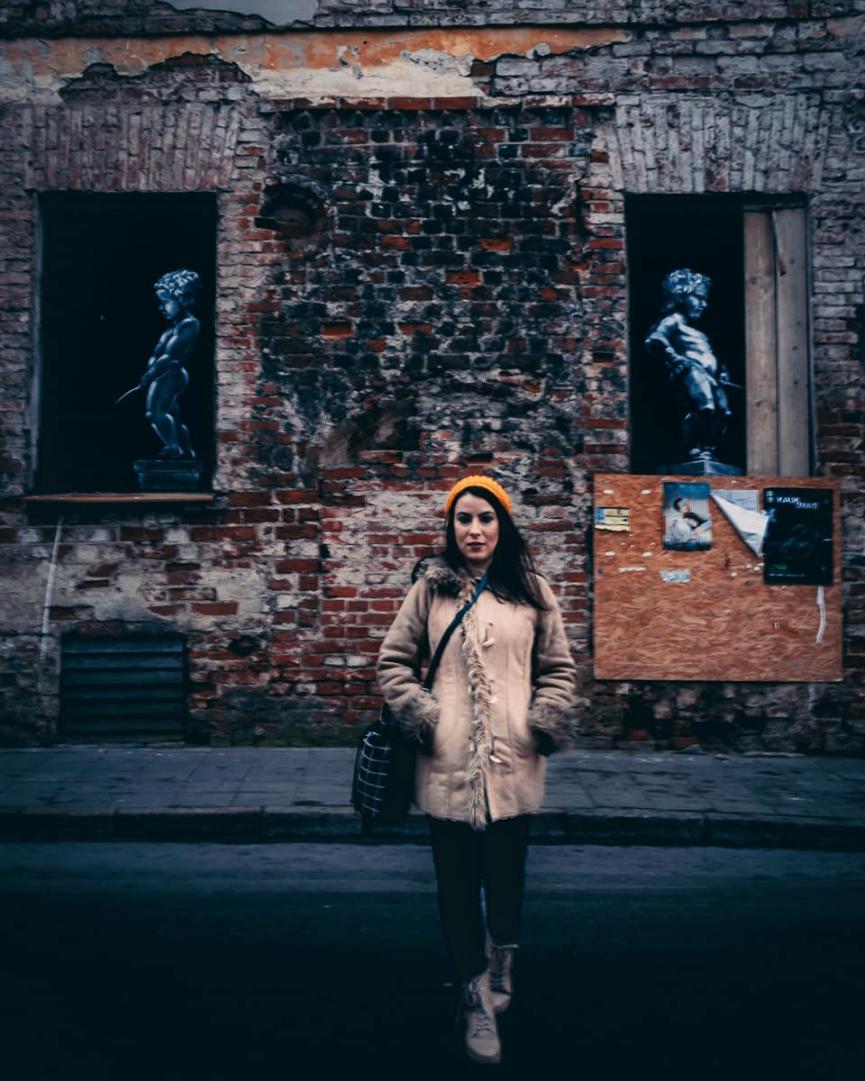 The streets of Kaunas. Picture by @oncoto_travel

Every Brazilian we have met told us it would be TOO COLD for him or her in winter in Lithuania. But you seem to love the snow!

Yes, I do enjoy winter time. I thought the weather was so great when we were in Kaunas. It was cold, but not freezing. And we got to see the first snow, it was absolutely magical.

It’s really unusual to snow in Brazil, so most of us have never seen snow, besides from the movies. And is kind of a dream for a lot of people to see it, we even got indoor parks that simulate snow in the 30-degree Celsius weather. So being in Lithuania and getting to experience the real deal, was just amazing.

Would you come back in summer, though?

I would love to go back in summer. I imagine that the sceneries and people activities would be completely different with the warmth of summer. Can I come back every season? :)