March 11th in Kaunas. Ways to Appreciate the Price of Freedom

As the world witnesses the Russian war in Ukraine, this day is a suitable opportunity to support, in thought and deed, those who are currently fighting for their freedom. 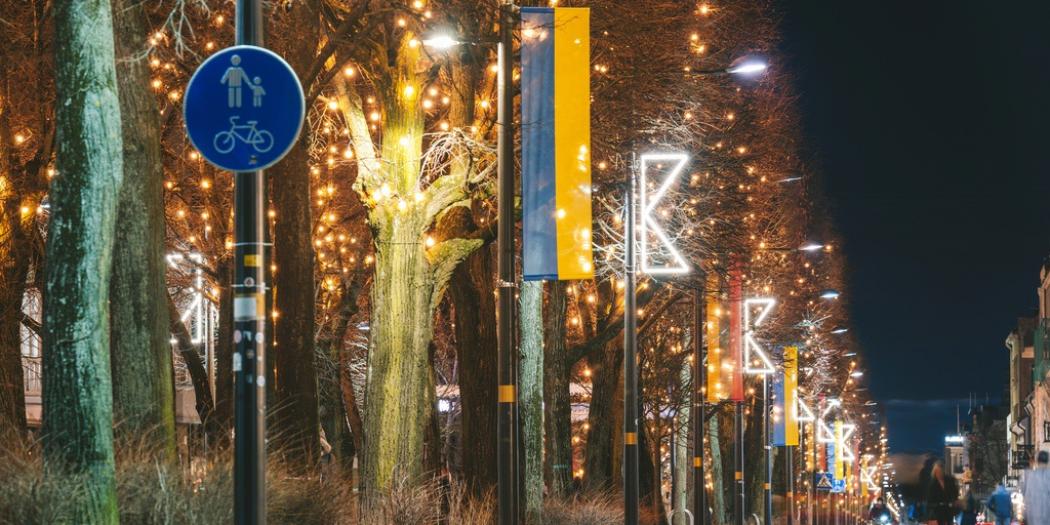 This year we will celebrate the 32nd March 11th, the Day of the Restoration of Lithuanian Independence.

In 1990, the Seimas signed the Act of Restoration of Lithuanian Independence. March 11th is one of the three main public holidays of Lithuania, along with the Day of the Restoration of the State of Lithuania, celebrated on February 16th, and the State Day celebrated on July 6th. In the spring of 2022, as the world witnesses the Russian war in Ukraine, this day of celebration is a suitable opportunity to re-evaluate the cost of freedom and to support, in thought and deed, those who are currently fighting for theirs. Concerts, exhibitions, and other activities this time for Ukrainians and us.

Those walking in the city centre will have noticed the Lithuanian and Ukrainian flags flying on both sides of Laisvės Alėja, and the Vytis, one of the main symbols of the Lithuanian state, has been lit up in blue and yellow in front of Kaunas Castle since the weekend. Did you know that this sculpture of the “Soldier of Freedom” was made in Ukraine, with a significant contribution from local sculptors? 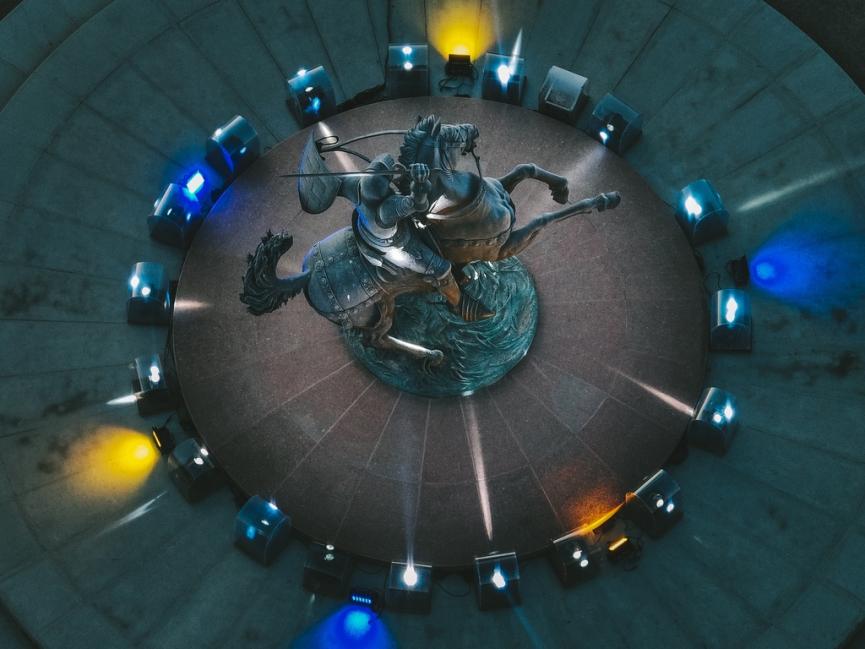 The main action on March 11th will traditionally bring together a crowd of many thousands of Kaunas citizens for a ceremony in the Vytautas the Great War Museum garden. At noon, the square will be shaken by a solemn commemoration, the raising of the flag of the Order of the Knight’s Cross, the ceremony of pledging and swearing-in of the young riflemen, as well as the laying of the oath and flowers. At 1 pm, a concert with Bjelle, Rosita Čivilytė and the bands El Fuego and Thundertale will start. On Friday, Kaunas residents will be able to travel to the city’s festive events by free public transport. 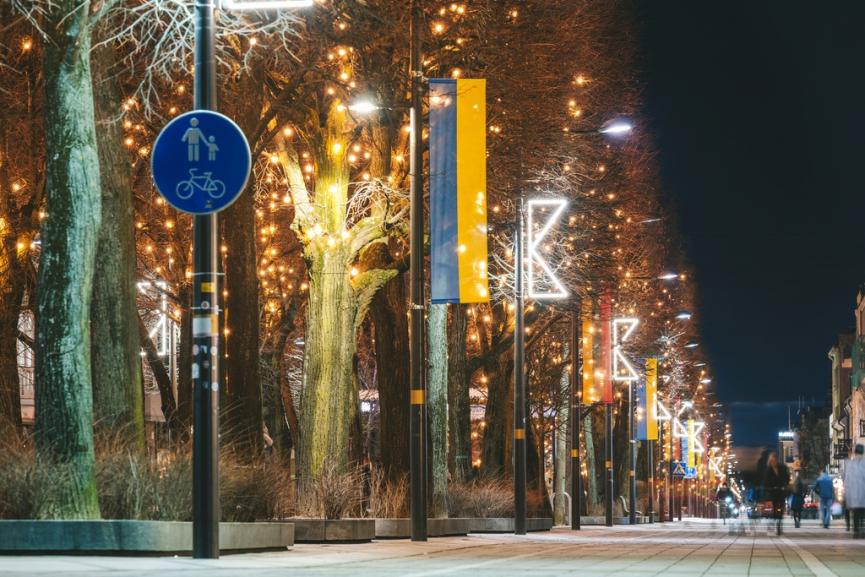 Museums offer a new look at the history

On March 11th, many museums in Kaunas are offering free visits. On this special day, even exhibitions and displays that have already been visited can be appreciated anew and their hidden meanings discovered.

For example, a visit to the Balys and Vanda Sruoga House-Museum will make you think about the true meaning of the home. Sruoga and his family moved to Vilnius in 1940; the writer was later imprisoned by the Nazis in Stutthof, and in 1945 he returned to his occupied homeland, from which his wife and daughter had already managed to leave, and died two years later. It was only sometime later that the family, which had been scattered by the war, home in Žaliakalnis became a museum, and the street the house is in was given the name of B. Sruoga.

The Sruoga House is a branch of the Maironis Lithuanian Literature Museum. Since last summer, it has housed an immersive exhibition of Lithuanian literature, including many historical highlights illustrating the country’s struggle for independence. Both the main museum and its other units - the Children’s Literature Museum, the Juozas Tumas-Vaižgantas Apartment-Museum, the Salomėja Nėries and Bernardas Bučo House-Museum and the Juozas Grušas House-Museum - will open free of charge on March 11th. Special guided tours will also be available in all the branches on that day.

On the Day of the Restoration of Independence of Lithuania, Kaunas City Museum also invites you to meet, be together and support the Ukrainian people. You can visit the Castle (17 Pilies St.), Folk Music (12 L. Zamenhofo St.), M. and K. Petrauskas (31 K. Petrausko St.), and J. Gruodis (18 Salako St.) departments for free. At 1 pm, a sing-along will take place in the courtyard of the Folk Music Department (L. Zamenhofo St. 12). Singers from local folk ensembles will help, remind and encourage you to sing.

At 2 pm, a concert “Ukraine, we are with you!” / “Україно, ми з тобою!””will be held in the M. and K. Petrauskas Department to commemorate the day and support Ukraine, featuring Ukrainian, Latvian and Lithuanian songs performed by the students of the VMU Music Academy. 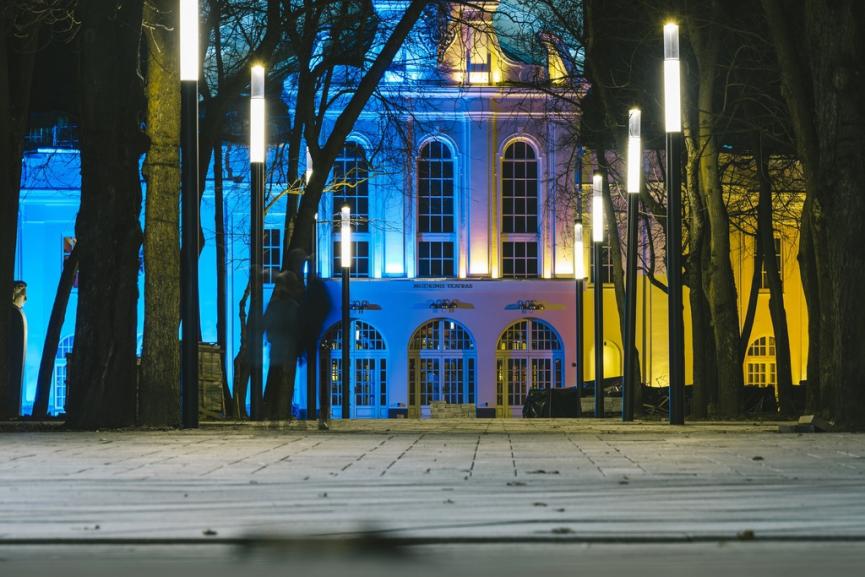 Although some sections of the National M. K. Čiurlionis Museum of Art will be closed on the festive day, March 11th is a meaningful time to visit the grand modernist palace of the Museum on V. Putvinskio Street. Here you will see one of the leading exhibitions of Kaunas 2022 – William Kentridge’s “What We Don’t Remember”, which has opened up in even more different meanings after the outbreak of the war, as well as a lovely story about harmony between traditions and modernity, “Kaunas Tulips”. Throughout the day, the museum will be welcoming you in its educational space, the Friendship Bracelet Weaving Workshop. The Devils’ Museum, across the street, will also be open that day without tickets.

Lithuania’s Independence Restoration Day is the last day you can see the Act of February 16th for free at the historic Presidential Palace. It will remain on display until the end of November, but with tickets.

The Lithuanian Education History Museum, which is celebrating its centenary this year, also offers free admission on the day. Not only in the permanent exhibitions, which, in addition to the development of education, show the long struggle of our people to defend their language and customs but also in the exhibitions on inter-war festivals, the history of hairdressing, etc.

Vytautas the Great War Museum, which is probably the most visited museum during public holidays, is also free to visit on Friday. Its spaces are filled with the desire for freedom – a stroll here is always an important and inspiring history lesson.

Perhaps you haven’t visited one of Europe’s two Presidential Libraries yet? The President Valdas Adamkus Library-Museum, located in the building that once housed the Ministry of Foreign Affairs, opens its doors free of charge on the day of the restoration of Lithuania’s independence on S. Daukanto Street.

Unconventional ways to spend the day

Trenkturas, an unconventional hike company, offers to walk 11 km on March 11th – not just around your home or downtown Kaunas, but along a route that reveals meaningful stories. “Kaunas railway station is where many trains to Siberia left from once the Soviets occupied our country. That’s why we decided to start and finish this special route here. And when you climb the hill at the end of E. Fryko Street, you will be right where people used to see their exiled loved ones off with their eyes. Today, there is a memorial cross erected here. You will be able to remember those who fought for freedom and thank them with your thoughts at the hill of crosses at the 6th Fort of Kaunas Fortress,” the route creators intrigue. Find out more here.

Also on Friday, the KTU Faculty of Mathematics and Natural Sciences student association FUMSA is holding a yearly event, “Freedom BBQ”, at Kaunas Akropolis. During the event, public figures will be interviewed (in Lithuanian). As the name of the event suggests, there will also be food... Event programme.

For more events in Kaunas, please visit the regularly updated calendar at kultura.kaunas.lt.