Here’s what the Kaunas calendar has to offer, including cumbia, classical music, urban sounds and indie rock! 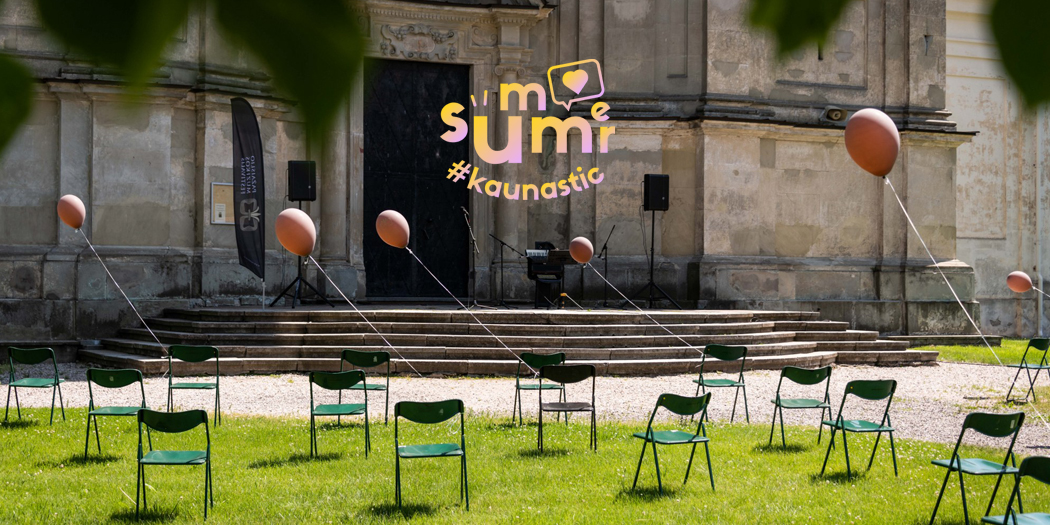 While Lithuania is coping quite well with new cases of the virus, restrictions for event organizers are slowly being eased. Since July 1, outdoor events can welcome as many as 1000 attendees, and that’s pretty much enough for cozy live music concerts scattered around parks, open-air cafes and terraces of our city this July. Here’s what the Kaunas calendar has to offer, including cumbia, classical music, urban sounds and indie rock! Ticket information can be found by clicking the linked names and venues.

Verdi’s 18th opera played a significant part in the Lithuanian history of the art. It was “Traviata” that was the first performance by the professional Lithuanian opera theatre, back in 1920. The exclusive open-air performance by Kaunas City Musical Theatre on Sunday night will be dedicated to the centennial of Lithuanian opera. On Monday, Statehood Day, the concert program will include various opera arias and duets performed by Lithuanian soloists. Both concerts are free of charge. 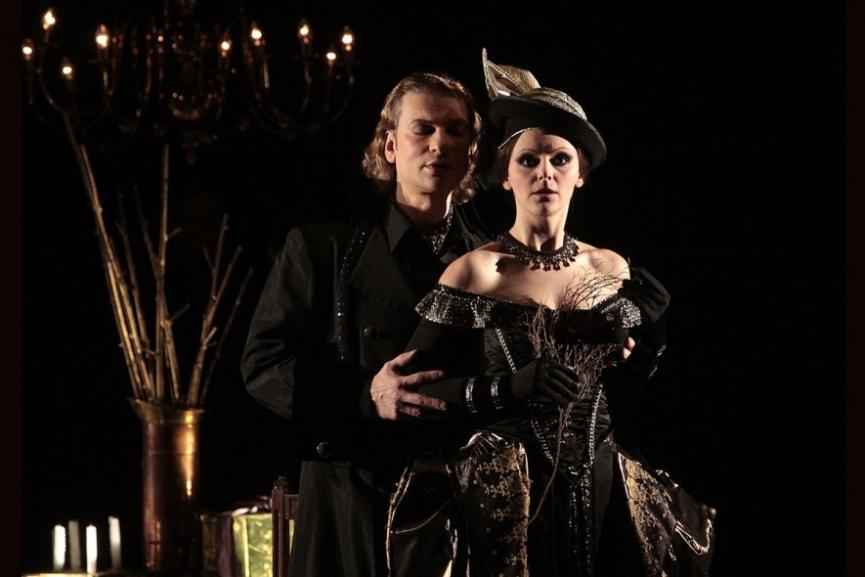 Photo by the organisers

Maestro Julius Vilnonis will have the pleasure to play a special Monday afternnoon concert in the middle of the carillon season. The program will be dedicated to Statehood Day. Regular carillon concerts are held every Sunday at midday, and the Kaunas Carillon Festival should occur in early September. The concerts are free of charge.

Kabloonak is a tiny musician living under your carpet or somewhere in the attic. He makes songs that fit perfectly into your pocket and keep you warm while listening. Kabloonak was born in 2016 when the drummer Jonas Narbutas put aside his drum sticks for a while. He’s now touring with a few fellow musicians, but his music is just as chamber and melancholic as it was when he was on his own. Slightly out of tune, too.

Parranda Polar was a band that brought cumbia rhythms from tropical Colombia to arctic Lithuania. Planeta Polar is pretty much the same people, but it’s “what they would like to be” musically. Even more emotions involved!

Free Finga is a producer and songwriter from Vilnius. Also, a former child pop star, who writes songs to deal with personal dramas. The concert will be a memorable one, for sure – imagine contemporary urban rhythms surrounded by thousands of live plants and flowers. 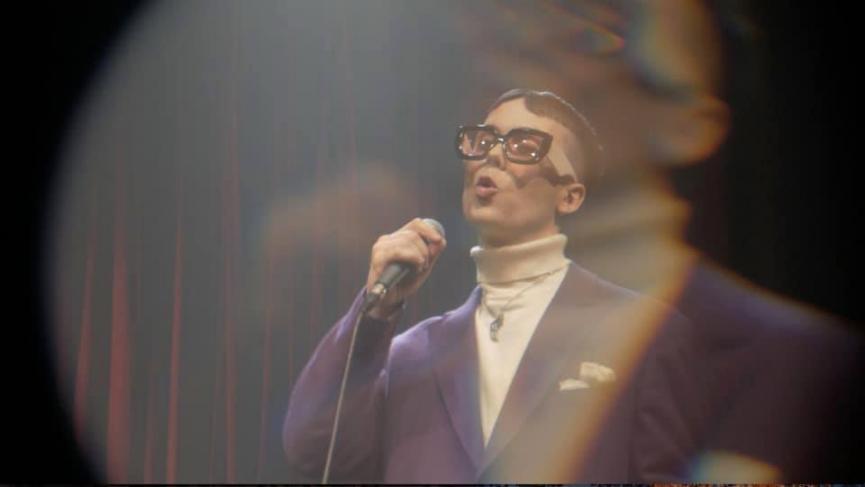 Photo from the artist’s archive

“Pakrantė” is an open-air event, music and street food space next to Žalgirio arena – and ran by its devoted staff. “Pakrantė” offers concerts by some of the biggest music acts in our country. Lithuania’s iconic intellectual pop singer Jurga has just released her eponymous album – eight in her career, it’s also one of the most open and intimate ones. Jurga is bringing her new programme to Kaunas and will definitely add some of her best-known ballads. 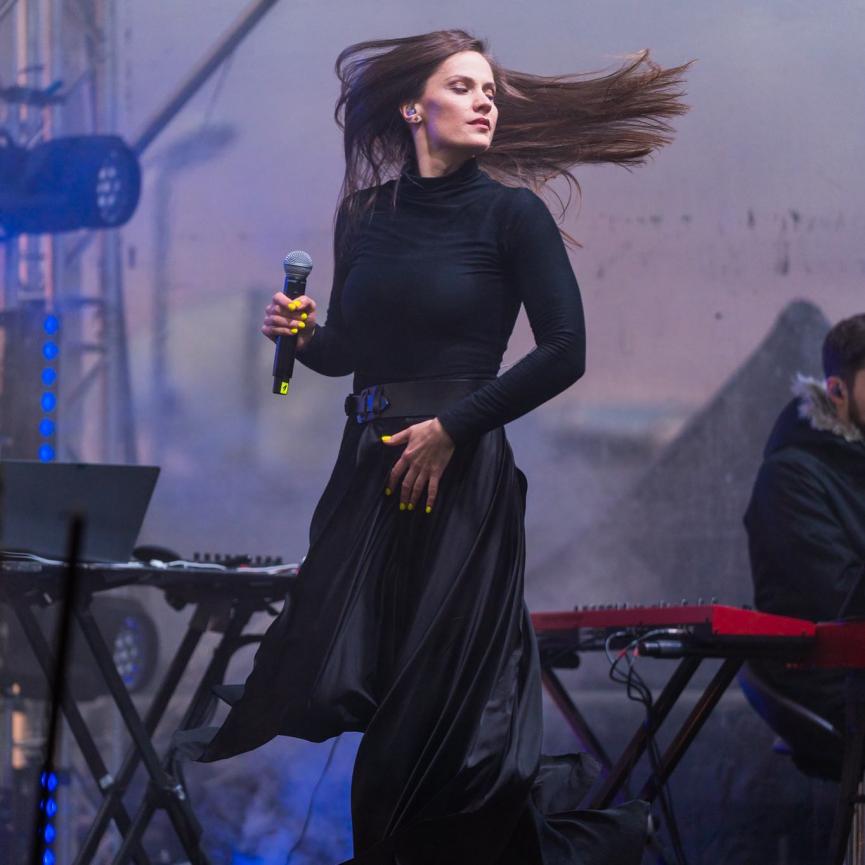 Colours of Bubbles represent the most recent generation of guitar bands that Šiauliai, a Northern Lithuanian city has always been famous for. This time, however, it’s not funk-infused postpunk, Britpop or electro-rock, but a rather fresh indie rock that combines alternative country influences and modern rock’n’roll drive. Staying true to their musical roots, Colours of Bubbles write all of their songs in English.

The 25th Pažaislis Music Festival is happening this year, despite all the adversities that have shaken the world recently. Scheduled to be held more than a month later than usual, its opening concert of the festival will bring together the world-known Lithuanian artists: tenor Edgaras Montvidas, pianist Lukas Geniušas, the Kaunas State Choir and the Lithuanian State Symphony Orchestra, conducted by maestro Gintaras Rinkevičius. The program will include Ludwig van Beethoven’s Fantasy for Piano, Chorus and Orchestra and pieces by Richard Strauss, Kazimieras Viktoras Banaitis, Giacomo Puccini and Leonard Bernstein. 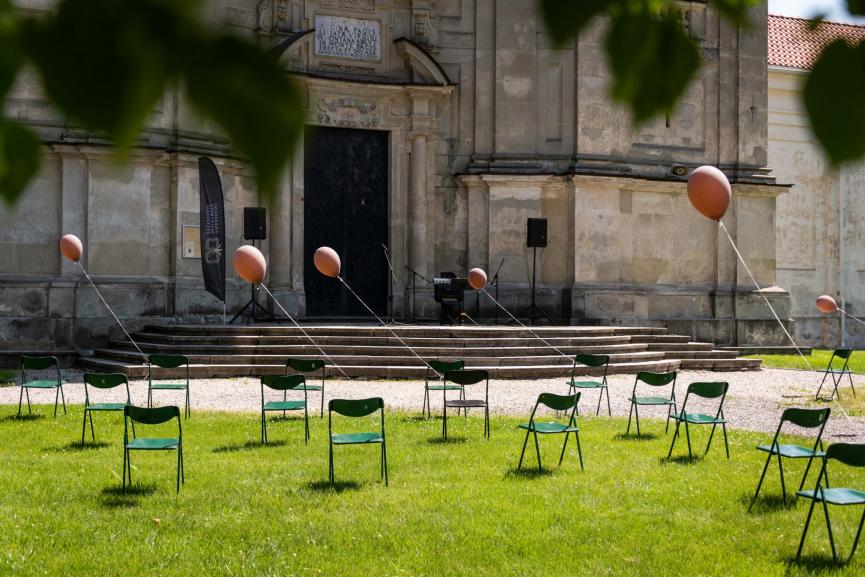 Photo from the festival’s archive

As 2020 is the year of the 250th anniversary of Beethoven’s birth, this event is dedicated to him – the first symphony of the classicist genius will be performed by the young family Anna and Lukas Geniušas together with the Lithuanian Chamber Orchestra, conducted by Adrija Čepaitė. Also in the programme – concerts for two pianos and orchestra by Wolfgang Amadeus Mozart and Johann Sebastian Bach. 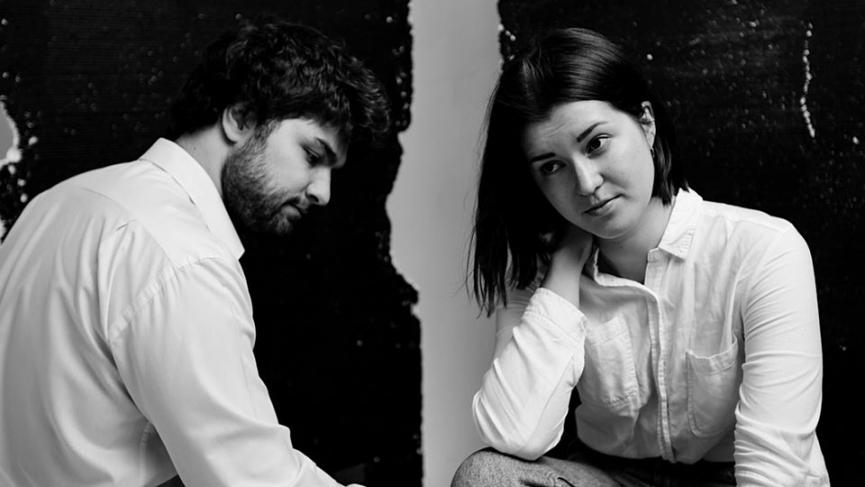 Photo from the archive of the artists 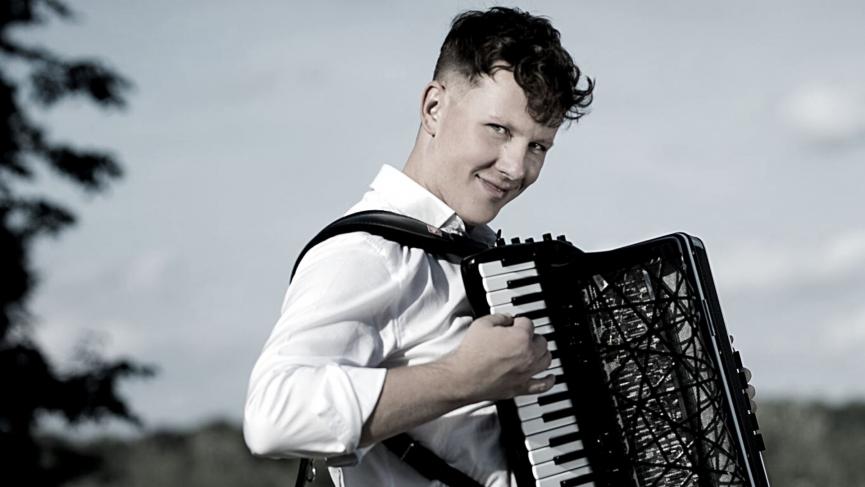 Photo from the archive of the artist

One of the biggest indie acts of the decade released its most recent album H8 a year ago, and it’s still as good as new. The band’s gig in Kaunas means long queues and a forest of arms raised high. 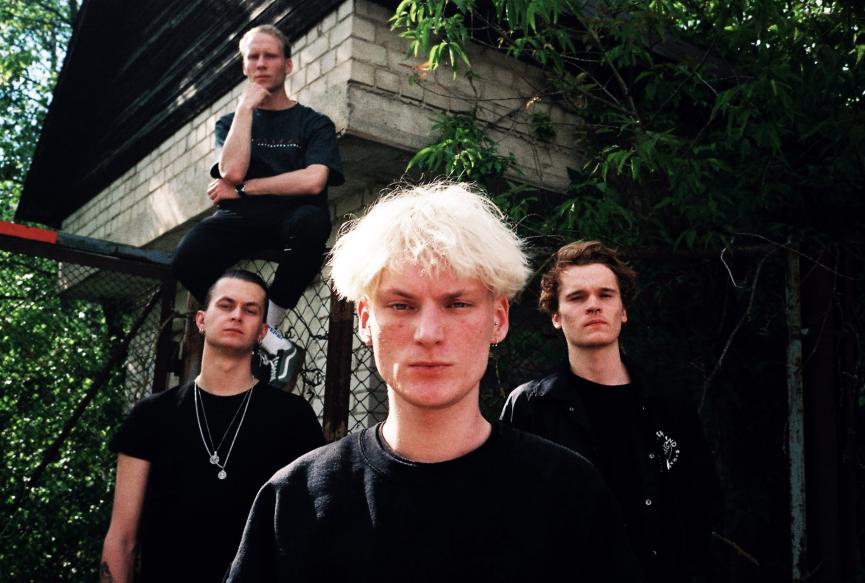 Solo Ansamblis combines dance and emotion shattering moods, electronic sounds with live instruments, analogue synthesisers and digitally processed sound. It invites you to a trip within yourself, your mind and heart. The ever-growing audience named their style as ‘sad dance’. 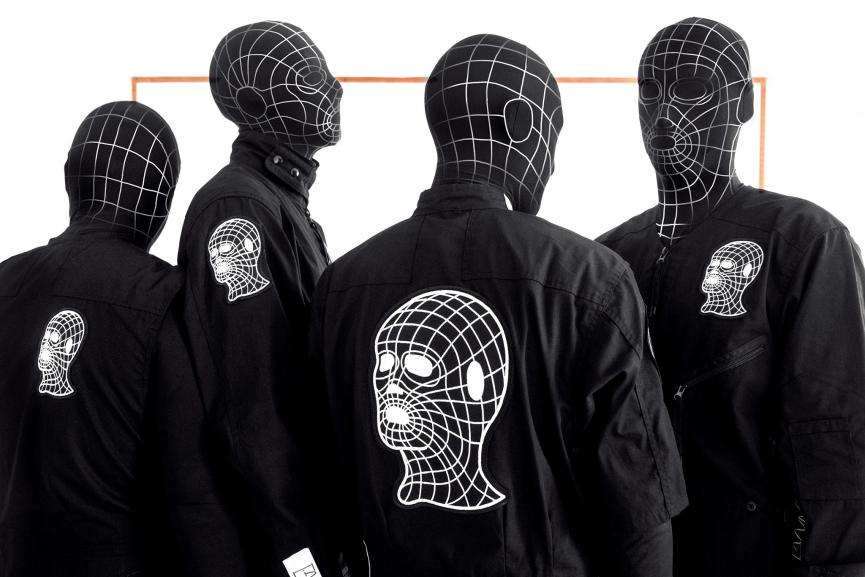 Photo from the band’s archive

Concert company Kauno Santaka is glad to announce the new season of music picnics in the parks of Kaunas. Kaunas big band will visit Kauko stairs fountain on July 12; Ąžuolynas brass band will perform in Kalniečiai parkas on July 19; Ainiai ensemble will sing in Dainava park on August. The events are free of charge. 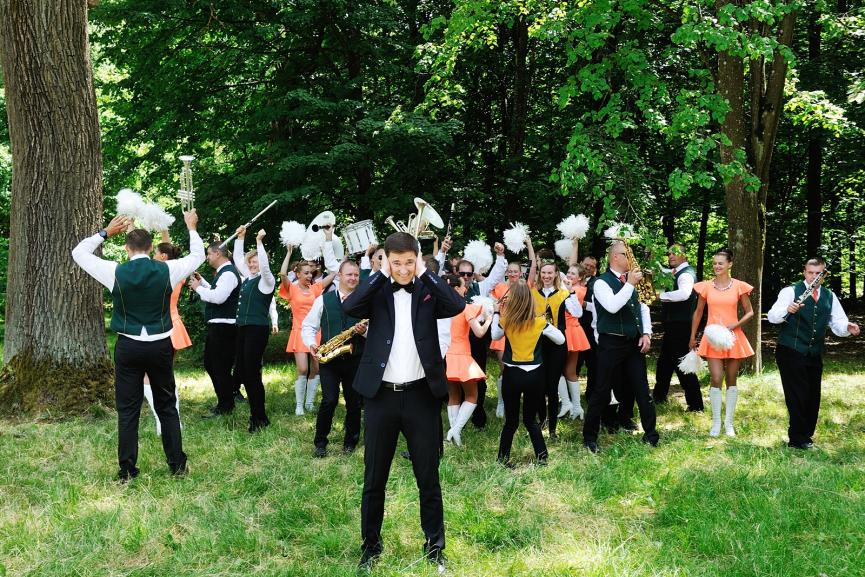