After a couple of months with the doors closed, museums and galleries are eager to attract visitors. 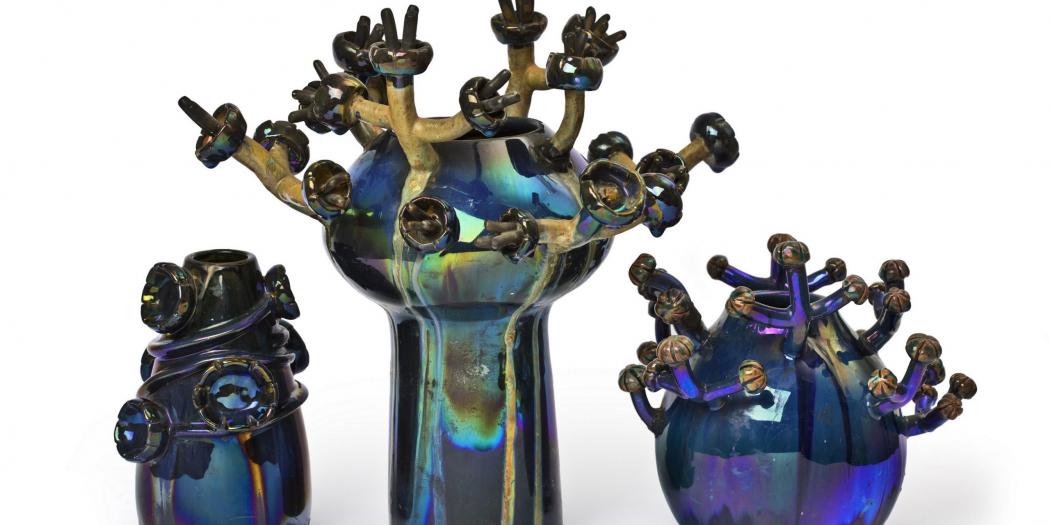 Cultural tourists can get really busy in Kaunas. After a couple of months with the doors closed, museums and other institutions are eager to attract visitors and offer plenty of choices for those interested in painting, photography and other forms of art.

05 15 – 10 31
Open-air exhibition “All hail the Governor of the State! Centennial anniversary of the Lithuanian Constituent Assembly“
Historical Presidential Palace in Kaunas, Vilniaus g. 33

The open-air photography exhibition is ready for your attention in the front garden of the Historical Presidential Palace in Kaunas. The garden is open to visitors every day from 7 am to 9 pm. The exhibition will be on display until late autumn. Historical photos and thorough captions both in Lithuanian and English tell the story of the significant turning point in Lithuanian history – the gathering of the Constituent Assembly. 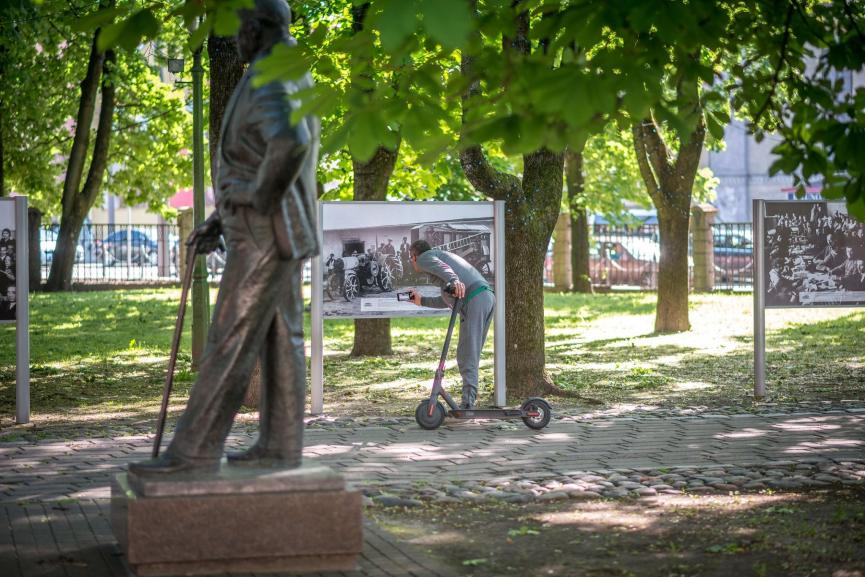 The sophisticated portraits by aspiring photographer Dainius Ščiuka take you to a journey through authentic femininity, paving a way to a different perception of female beauty, void of stereotypes and prejudices. The “Natural Women” exhibition is a series of thematically sensitive, visually impressive and genuine portraits which feature unique, interesting Lithuanian women who do outstanding work in a wide array of fields. 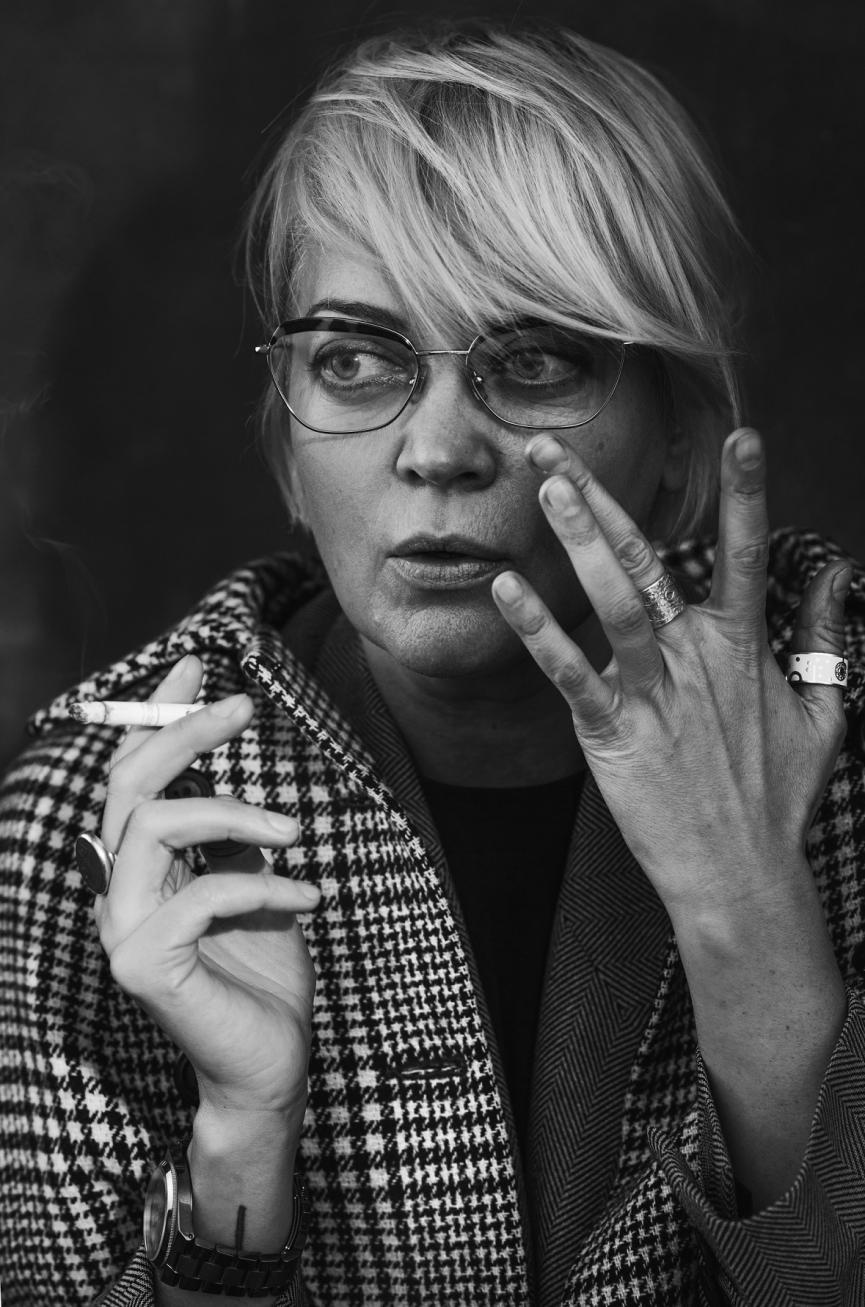 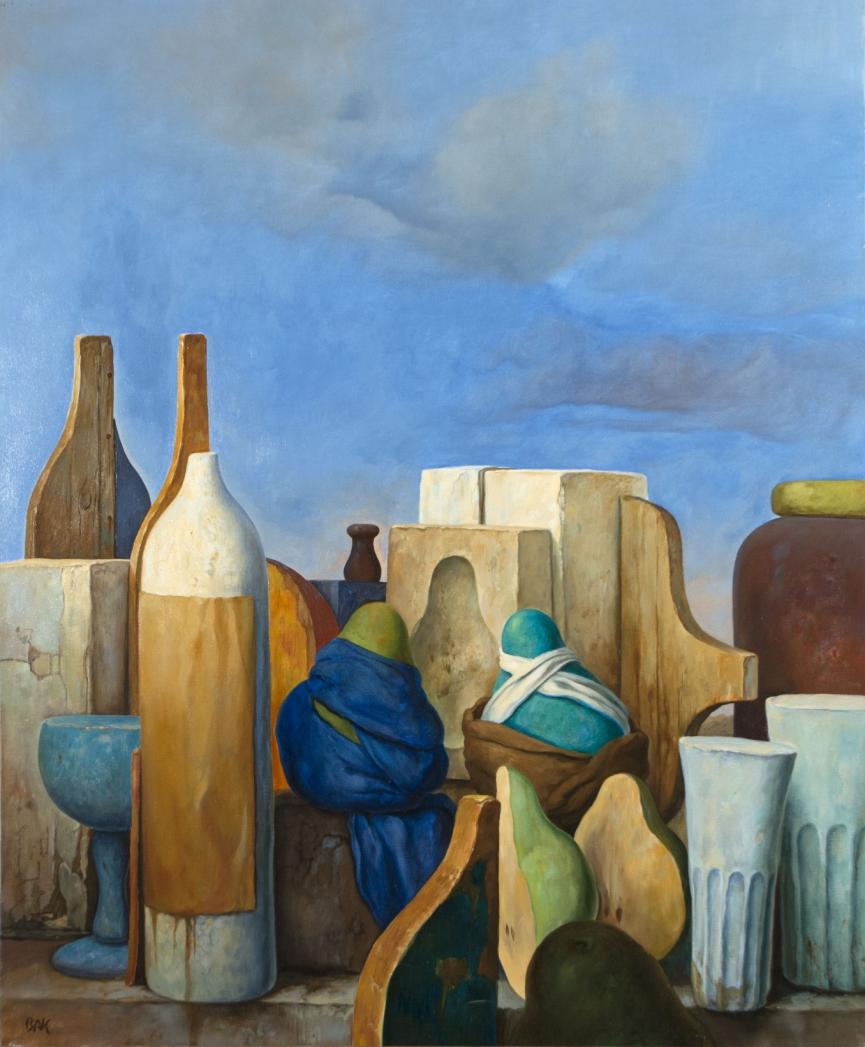 This exhibition represents artworks by textile artists working at the Vilnius Academy of Arts Kaunas Faculty and the final works of their graduates. The structure of the exhibition is based on the idea of ​​comparing the creative works of the teacher and the student. The relationship between the works is diverse: sometimes the thoughts of the leaders are extended, sometimes they are strictly denied. In both cases, the teaching artists patiently cultivate new creative personalities. This exhibition represents the artworks of famous artists and teachers, among them – Laima Oržekauskienė-Ore, Lina Jonikė, Monika Žaltauskaitė-Grašienė, Jūratė Petruškevičienė, Loreta Švaikauskienė. The young generation of textile artists is represented by Ernesta Dikinytė, Asta Puidokaitė, Edita Tamulaitytė, Giedrė Antanavičienė, Viktorija Berezniova, Meda Vitartaitė, Vaiva Strimaitytė, Donata Jutkienė, Odeta Liutvinaitė, Karolina Veissenborn. 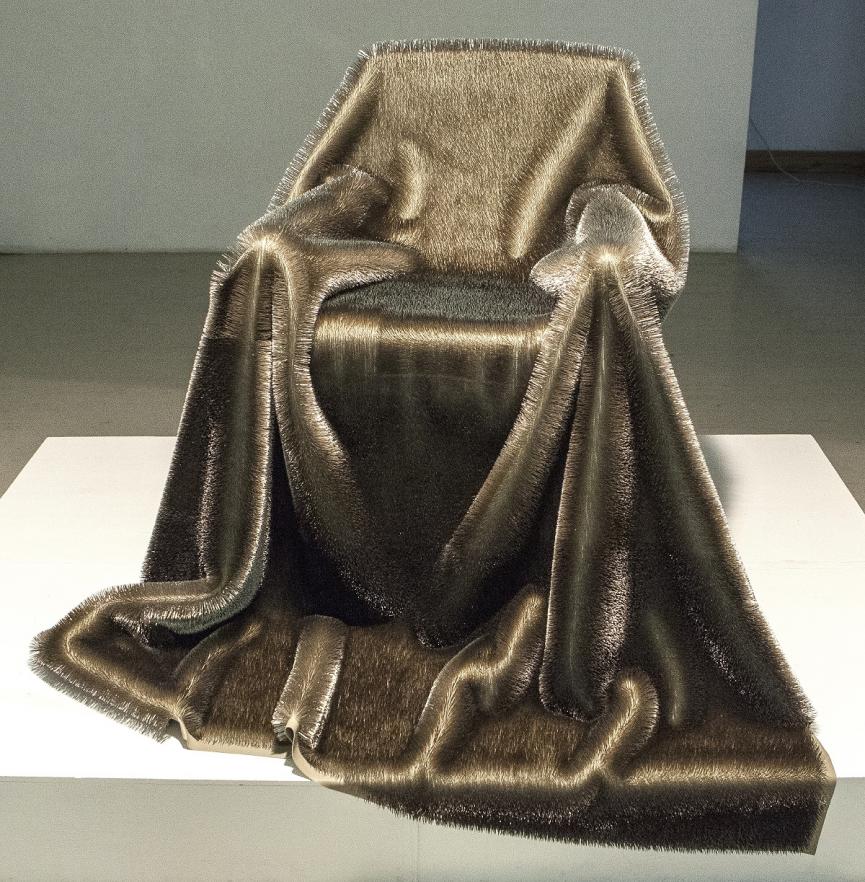 Vytautas Dubauskas (b. 1958 m) was part of the innovative Angis painting movement back in the 1990s. The artist who was born in Šiauliai, studied in Kaunas and currently resides in Vilnius, states he loves our city. So, he decided to bring his works of the last four years and dedicate the exhibition to his former schoolmates and teachers. 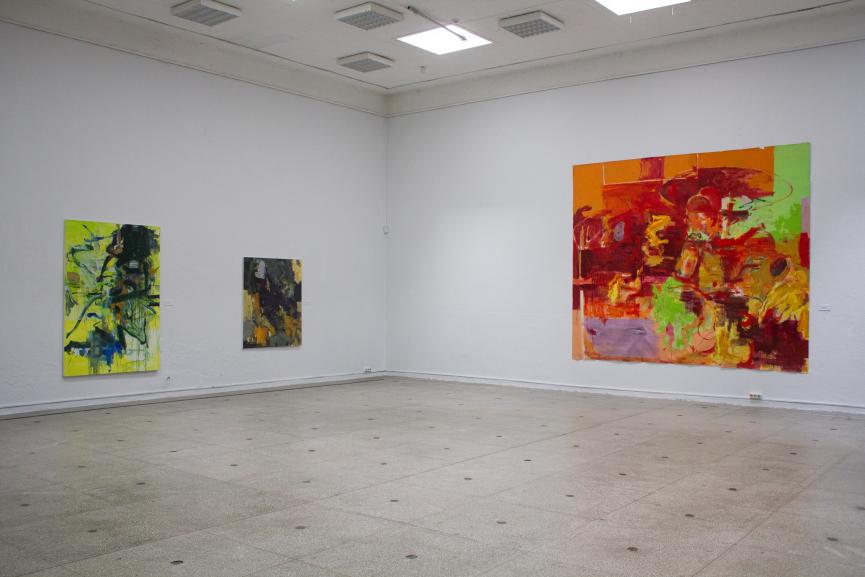 Photo by the gallery

Vaclovas Miknevičius (1910–1989) is well known as one of the most significant representatives of Lithuanian professional ceramics. Throughout his life, the artist was especially productive: he created numerous samples for serial mass production, unique exhibits, and large monumental objects. The artist had distinguished himself as an organiser of the ceramics industry in Lithuania, a tireless inventor, brilliant technologist. Alongside, he had devoted the rest of his time to educational and social activities.

Art historians divide the artist’s creative development into three stages. The first (1933–1958) is characteristic of the influence of Lithuanian folk pottery, its forms and national ornaments. The second phase (1958–1970) distinguishes for modern design, modest but stylised décor and expressive textures relevant to vases and sets. The third stage began in 1970 and continued until 1989. I this period the artist set to monumental architectural and sculptural ceramic works. 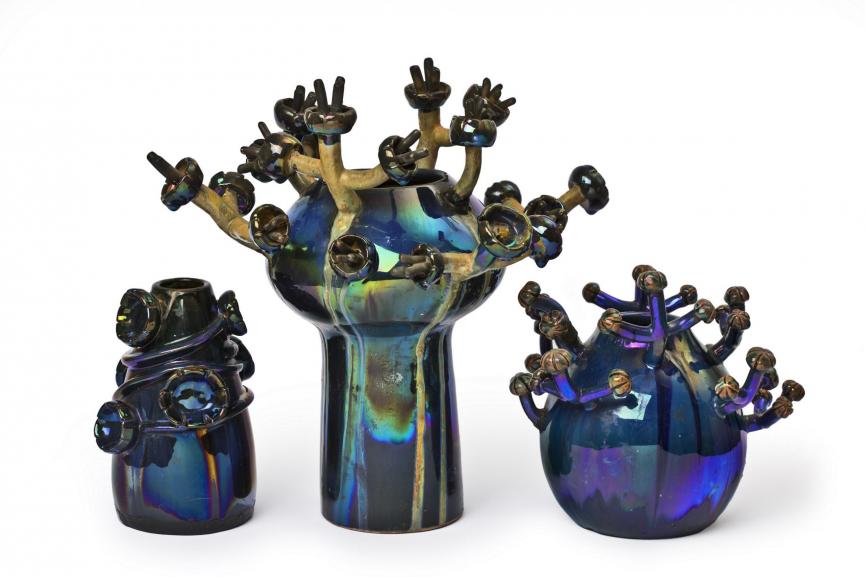 Photo by the museum

Nominated in this year’s Lithuanian Press Photography awards, the project opens up the small isolated worlds scattered around Lithuania – jails – and reveals the everyday lives of their residents – prisoners. The author partly created the intimate worlds – he hid or changed faces, tattoos and other attributes that would allow the people to be recognised. Repšys states it’s a social photography project inviting young people to think about where crime could bring them. 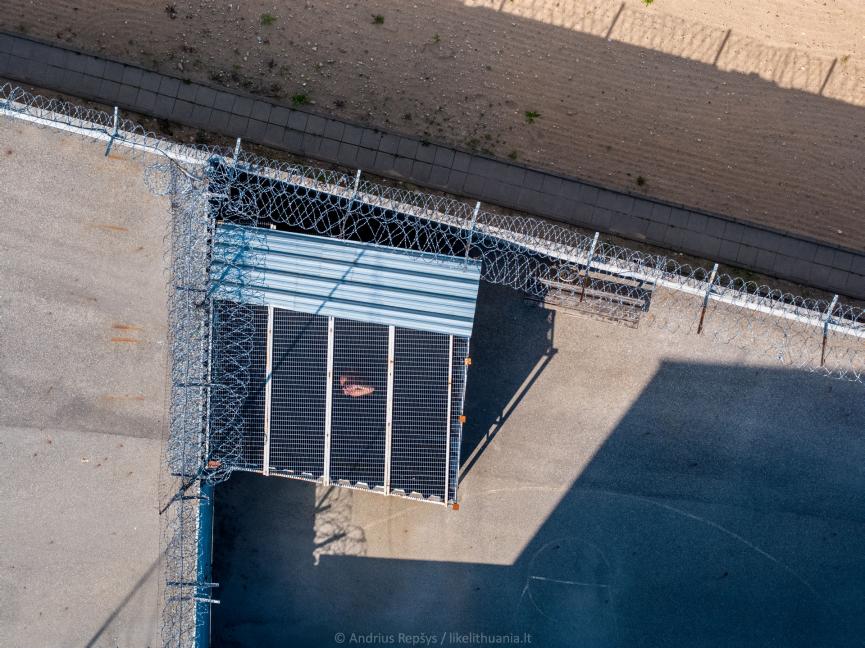 Petras Kalpokas (1880–1945) was one of the most outstanding and productive Lithuanian painters, scenography artists and fresco authors of the first half of the 20th century was acknowledged not only in Lithuania, but his creation was also well known in Germany and Latvia. Professor P. Kalpokas taught and headed the painting studio at Kaunas Art School.

In the years of the First World War P. Kalpokas lost all of his works – 120 paintings during their transportation from his exhibition in Mitau (Latvia) to Berlin. In 1937, Vytautas the Great Culture Museum succeeded to purchase 16 of them from a private German collector H. Lüder-Lühr. This exhibition for the first time presents the whole oeuvre of P. Kalpokas; besides, it is supplemented by a significant number of lost paintings which have been returned to Lithuania by private persons, mostly by the owners in other countries. Visitors are provided with the exceptional opportunity to acquaint with the most significant early period of P. Kalpokas’ creation, the paintings that brought him fame abroad and cognise the extraordinary talents of the painter in his youth. 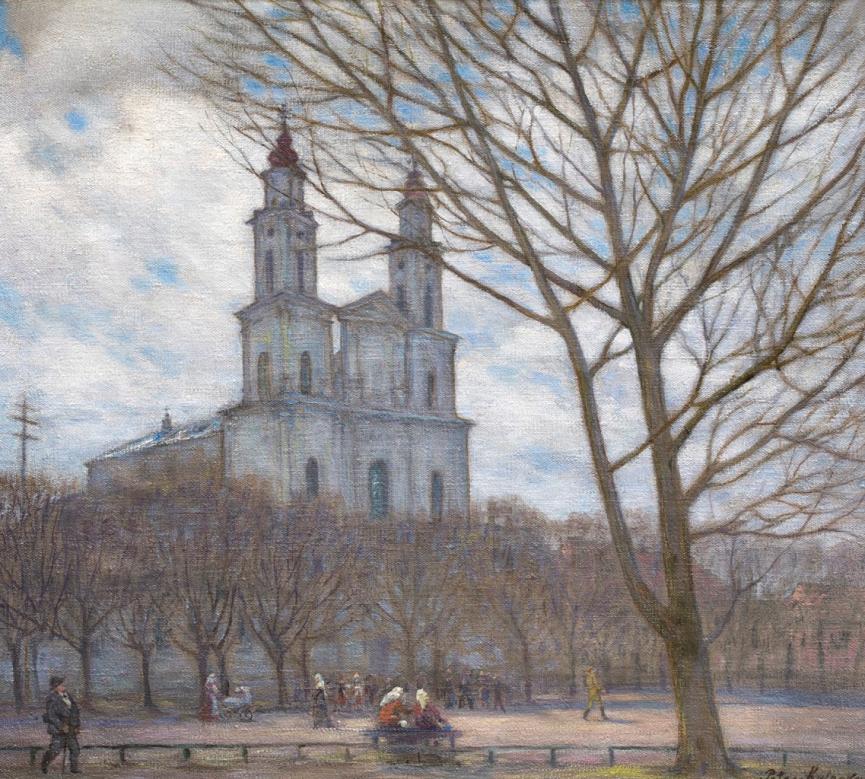 Since 2019, the German artist has been collecting water samples from rivers, oceans, fountains, springs, archiving and microscopy them and making more than 300 hidden "images" and codes visible - stored information in each drop.

Audios with 40 water stories bring individual experiences and treasures of memory from 15 different language areas to the ears in a polyphonic sound collage together with original water sounds.

A brand new hotel Moxy Kaunas Center has been ready for opening for a few months now – due to the quarantine; the grand ball has been postponed to the end of the summer when we hope more tourists will be back in Kaunas. The worldwide campaign “We Will Travel Again”, ran to support tourism businesses and initiatives around the world, became the motto of this exhibition at the hotel’s underground parking. The photographies are by travel photographer Deividas Matkevičius who happens to live in Iceland. 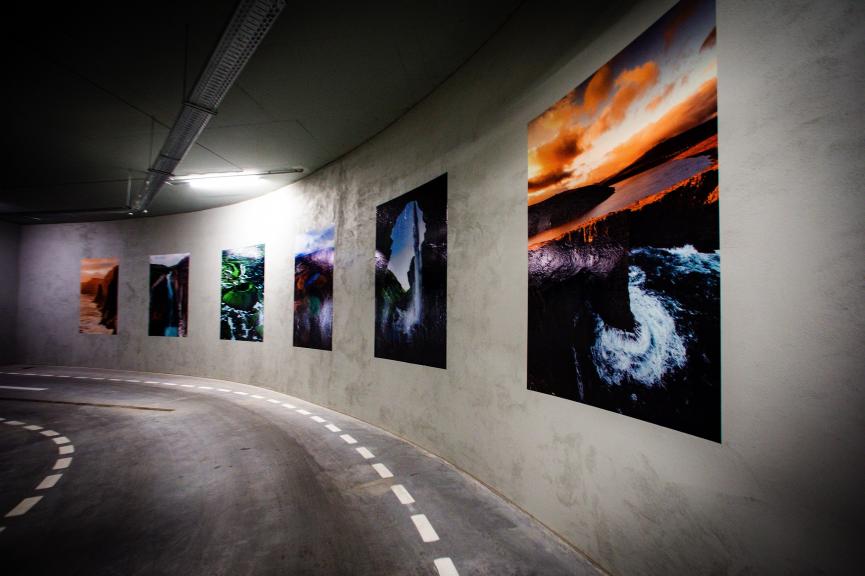 Photo by the organisers