Every city has many faces, depending on the viewpoint. Today, let’s focus on what you can see and experience in the air. 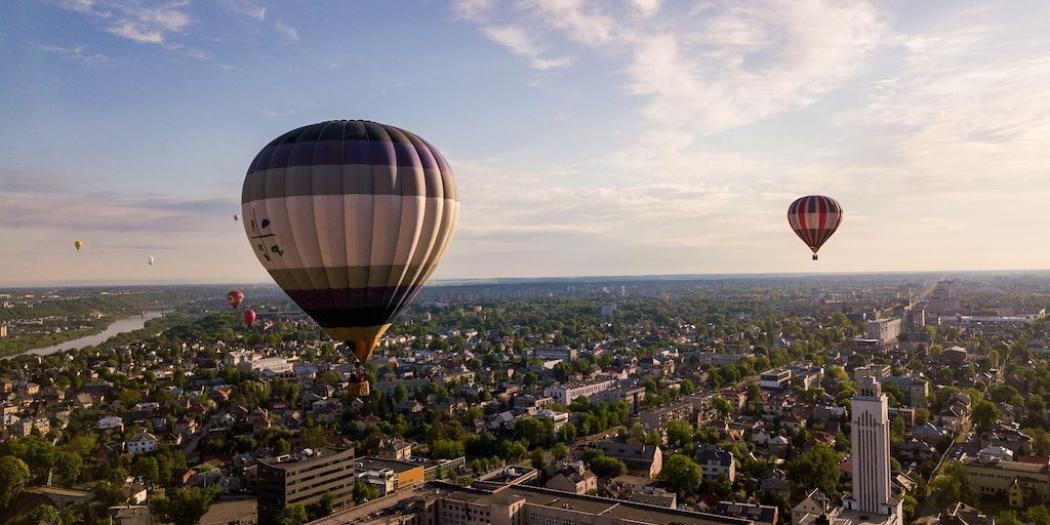 Every city has many faces, depending on the viewpoint. You can discover Kaunas on foot and by entirely overwhelmed by its other side from a boat! Today, let’s focus on what you can see and experience in the air.

Kaunas is the birthplace of Lithuanian aviation, to begin with. It’s home to one of the oldest airfields in Europe (105 years old, to precise). It was named after Steponas Darius and Stasys Girėnas after the pilots crashed near Lithuania after crossing the Atlantic ocean. The functioning airfield is the location of the Lithuanian Aviation Museum, which operates in a former arrivals/departures hall (yup, it was a civic airport during the Soviet occupation). The museum will soon be closed for reconstruction, but you can still marvel at the open-air exhibition of various aircraft. Aleksotas, the neighbourhood where the airfield is, is full of streets named after essential pilots and aviators! Yet another exciting stop for aviation lovers is Netoniai hill near Kaunas, 55 m high and popular among paragliding fanatics. It reveals spectacular views of the river Nemunas! It’s now time to get back to the city and plan those weekend activities.

Getting in a lightweight aircraft is easier than you think. S. Girėnas and S. Darius aerodrome is home to Pilotai.lt, an association of dedicated aviators ready to take you for a scenic ride above Kaunas, all the way to the majestic Pažaislis monastery and back. They’ll let you drive if you behave nicely! And, if you decide to get a license, this is an excellent place to start. Maybe next year you can fly to Nida for a coffee? 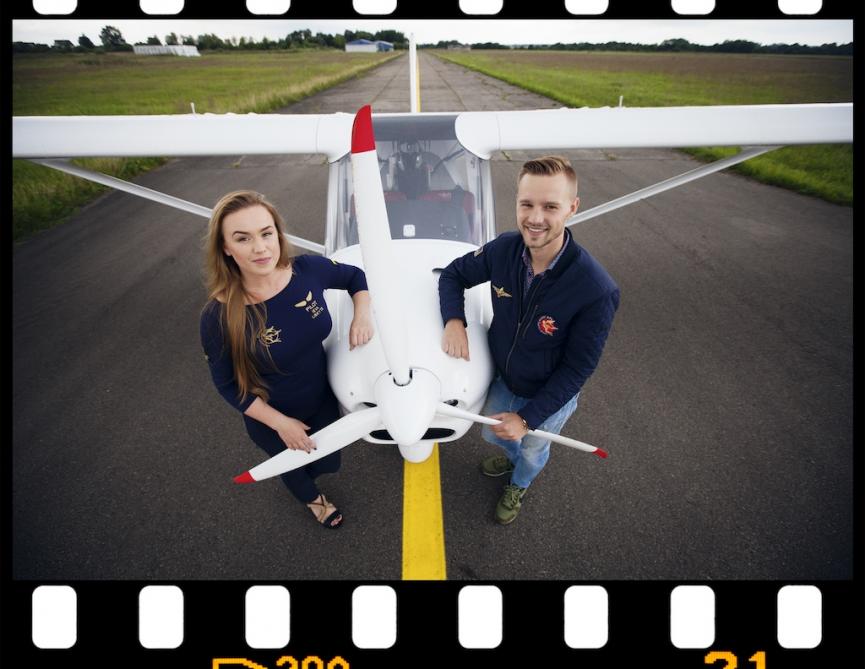 Ieva and Lukas Liekiai are the souls of the airfield. Photo by D. Stankevičius

A hot air balloon is yet another kaunastic way to start your day – or call it a night. Did you know that proposing while in the air is so last year – now, you can also get married while flying the balloon! No wonder this leisure activity has been popular since the 18th century… And it’s vital what lies beneath the gondola. In our case, it’s the Kaunas castle, town hall, churches, monasteries and other wonders. The most popular hot air balloon spots are Santaka park and Nemunas island; you usually land somewhere in the Kaunas district.

Here are some hot air balloon operators for you to choose. 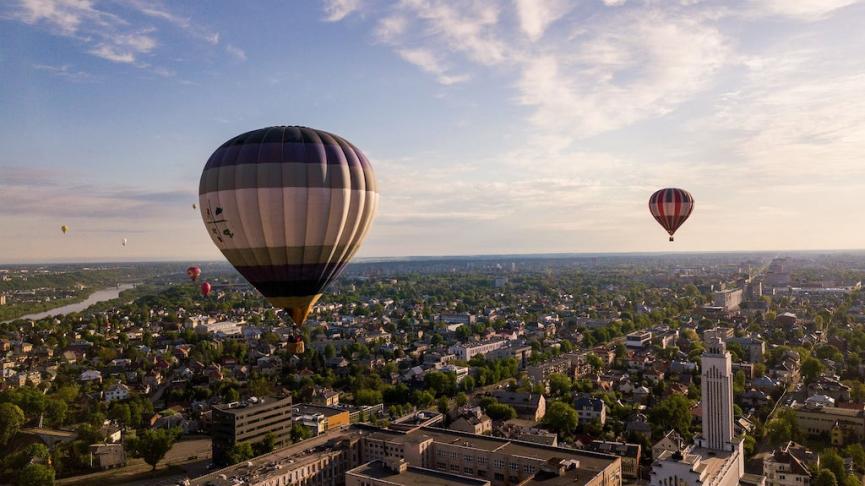 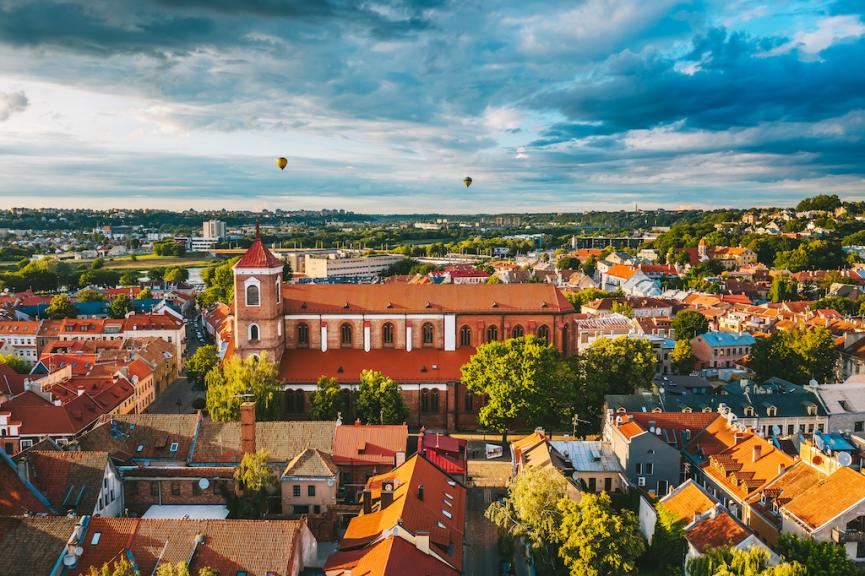 Last but by no means least, there’s paragliding. Even with an experienced instructor, you’ll get enough adrenaline for a week or so! Our company of choice is “Padovanok Skrydį” – they operate all around the country and frequently visit Kaunas. Contact them for more details. 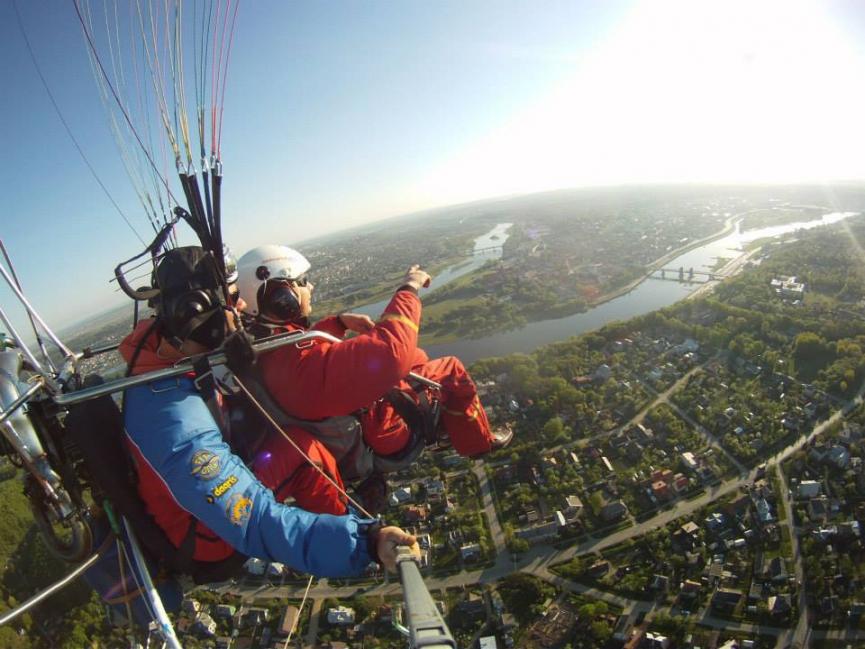 A beautiful time for paragliding is two-three hours after sunrise. This is what Aleksotas looks like then. Photo by “Padovanok Skrydį”.

What about parachutes? Oh, we have loads of fanatics of parachuting in Kaunas. They head to Pociūnai airfield in the Prienai district, not so far from our city for the thrills. So say hi if you visit them