The results of the last official weekend of Kaunas as the European Capital of Culture can be counted in dozens, hundreds and thousands. The intersecting routes of events and happenings, the collecting of the stamps of the Kaunas Beast game and the sharing of promises to take care of yourself and the city, the handshakes and hugs, the shining eyes and the lights of the phones, the final chords of the “Contract” at Žalgirio Arena - Kaunas and Kaunas district were flooded with the hope that after a spectacular year-long programme, the positive, motivating and nurturing relationship with oneself and one’s environment, in which culture is the key element, will not vanish.

“Many think that culture is just for fun. However, it is the foundation of our society and soul, an integral part of life. I personally believe that the European Capitals of Culture tradition is one of Europe’s most successful programmes, creating a sustainable positive effect. Culture teaches, transforms, gives hope and perspective, inspires unity and solidarity,” Romanian President Klaus Iohannis said on Friday morning. Together with the leaders of Lithuania, Latvia and Poland, and Ukraine’s president Volodymyr Zelensky, who joined online, he opened the international symposium “The Idea of Europe”. The gathering of intellectuals - academics and practitioners - at Vytautas Magnus University was the most solid event of the “Contract” weekend. Its weight and depth of debate proved the importance of one of the continent’s smallest countries and the city that has this year been awarded the most important title in its life and has withstood global challenges with the title’s help.

From the Lithuanian Youth Jazz Orchestra’s resounding debut concert and a bouquet of Yiddish songs at the Kaunas Artists’ House, the choral and experimental music event Deserts in the mysterious Kaunas Waters Reservoir, the tabalai experiment in the garden of the War Museum, the avant-garde electronic performances at the Daina cinema, and the nightclub Lizdas - music lovers were spoilt for choice throughout the European Capital of Culture’s extended finishing weekend.  An impressive concert was also held in the Kaunas district - on Friday, Raudondvaris was turned into an open-air dance floor by the performer “Ten Walls”.

Of course, the most impressive sound fabric was created on Saturday evening at Žalgirio Arena - “Contract”, written by composer Zita Bružaitė for the occasion, was performed by singers Jeronimas Milius and Monika Pleškytė, Kaunas Big Band, Kaunas Wind Orchestra “Ąžuolynas”, Giunter Percussion and others, conducted by the talented Ričardas Šumila. The combined forces of dancers led by Petras Lisauskas, including Nuepiko, ULNA, and Šeiko Dance Company, as well as emerging talents, created magic for nearly 9,000 spectators. 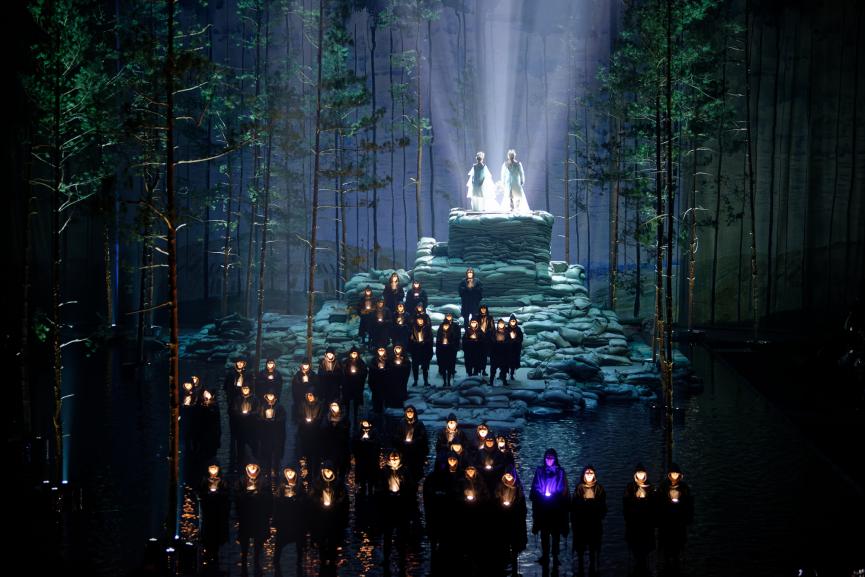 Opening and Closing of Exhibitions

The “Contract” weekend saw the opening of a bunch of exhibitions that will continue to welcome visitors. Ultrasocial Pos by the colourful Polish- Luxembourger Filip Markiewicz is open until New Year’s Day at the Meno Parkas gallery and, in the neighbourhood of the latter, the Kaunas Photography Gallery it’s a must to see an excerpt from The Family of Man, an exhibition presenting the origins of humanist photography that has travelled the world. The Lithuanian Artists’ Union gallery Drobė invited the spectators to look at the fake news from the artists’ point of view in the former textile factory in Šančiai. The photography exhibition “Hiding Places of the Mythical Beast”, which revealed the basements and dungeons of modernist buildings on Vienybės Square, promises to attract the attention of the curious throughout the festive period, most effectively after dark.

The attendance records were also broken by Yoko Ono’s exhibition “The Learning Garden of Freedom” at the Kaunas Picture Gallery, the contemporary art triennial UKRAINE! UNMUTED at Kaunas Central Post Office and William Kentridge’s “That Which We Do Not Remember” at the National M. K. Čiurlionis Art Museum. The international shows, all counting their last days, were explored by both individual guests and guided tours. Meanwhile, Kaunas Modern Art Foundation offered an exclusive itinerary to places important to artists who worked in the city.

The impressions of the “Contract” weekend, which were all over the social networks, were very often filled with art installations in both Kaunas and the Kaunas district. From the city centre, where many cultural institutions and other buildings came together for one spectacular light spectacle, to a narrow street in the Old Town, transformed into an artistic “Artery”; From the installation "Process" in Independence Square, which made everyone pause, to the stairs to the Mythical Beast’s lair, which appeared in the 1st Fort of Kaunas Fortress just for this weekend - all the artistic accents underlined that Kaunas is not only a beautiful city but also a city that wants to be happy in the future.

A contract with Oneself

The most important souvenir of “Kaunas 2022”  a contract signed with oneself and the city - was taken home by almost 4000 participants of the closing weekend. Just as during the first two acts of the Kaunas trilogy, “Confusion” and “Confluence”, people followed rules and collected stamps provided by colourful characters waiting at the game stops.

The signing ceremony of the “Contract”, which was not only visually spectacular but also personally dedicated to each individual, took place hundreds of times in a wishing-washed underpass by the river Nemunas. And, of course, in the hearts and minds of everyone who has lived through Kaunas’ transformation “from temporary to contemporary”. After all, as the last clause of the “Contract” proclaims, Kaunas is forever. 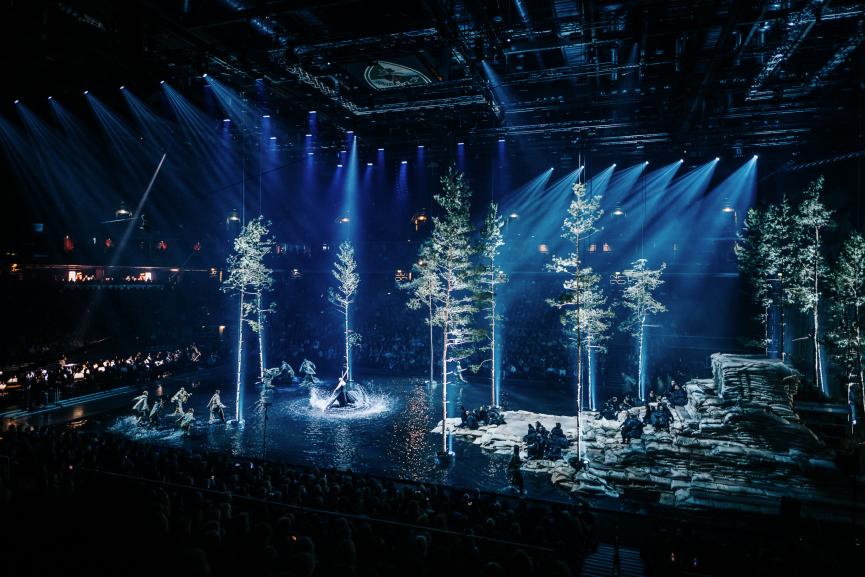