A doodle by a Kaunas-based artist turned out to become a homage to hip-hop icons as well as his hometown. 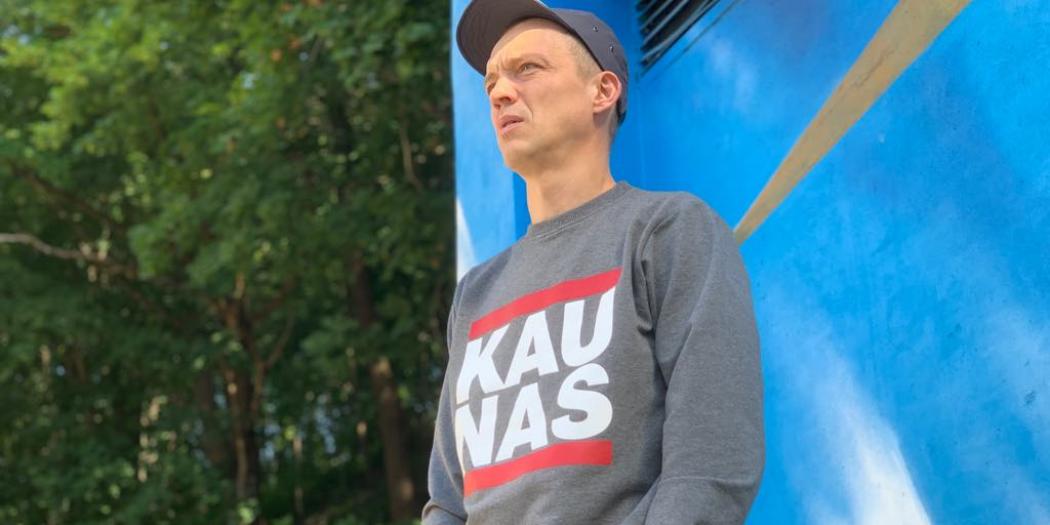 Tadas Vincaitis-Plugas is a well-known Kaunas-based mural artist and graphic designer. He’s been mastering his craft for almost three decades; his drawings can be spotted in abandoned industrial areas as well as new office buildings. Public transport, too! It’s time to find out the truth behind KAU NAS, a side project Tadas has been running for three years now.

“One day I simply doodled the word KAUNAS in the style of the iconic Run–D.M.C. logo that was designed by Stephanie Nash by more than 30 years ago,” remembers Plugas. He posted the doodle online, and, in the blink of an eye, his mates started demanding t-shirts with it. One thing leads to another – there were more than 100 people, including old friends, hip-hop fans and contemporary artists, that ordered t-shirts from the original batch. It was nothing more than a simple print on regular black t-shirts.

“I wasn’t too eager to do it, but I reckoned someone else will, as the drawing was already out there,” explains Tadas, who discussed the issue with fellow artists – they agree that if the credit is given and no profit is made, it can all be treated as inseparable part of hip-hop culture. One can find t-shirts, stickers, badges etc. inspired by the same iconic logo around the world, representing many different neighbourhoods, people or ideas. 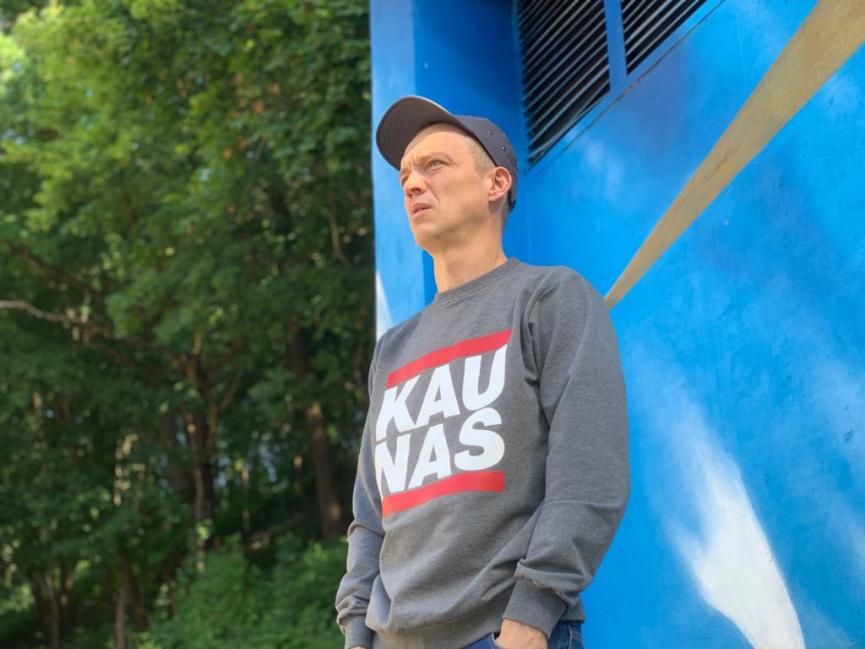 Plugas is posing at one of the murals he has done in Kaunas. Find Perkūnas (Thunder) behind the Kaunas Picture Gallery. More art by Plugas is listed in our Wallographer's Notes street art map. Digital copy available here.

As the first batch of KAU NAS t-shirts was sold out ages ago, and the idea has now spread to sweatshirts in various colours, as well as hats (all custom made under the label of Garbės Žodis, created by Plugas and meaning something like ‘I Swear’), it’s interesting to hear if the trend is still being followed mostly by hip-hop and graffiti enthusiasts.

“Not really – in fact, I do tell new people I meet about Run–D.M.C. and the band’s musical legacy, and quite a few of them have never heard of the collective; they just love Kaunas and want to express their feelings,” says Plugas, who wears the t-shirts or sweatshirts almost daily. The artist always carries some stickers in his pocket – ask for one if you meet him! 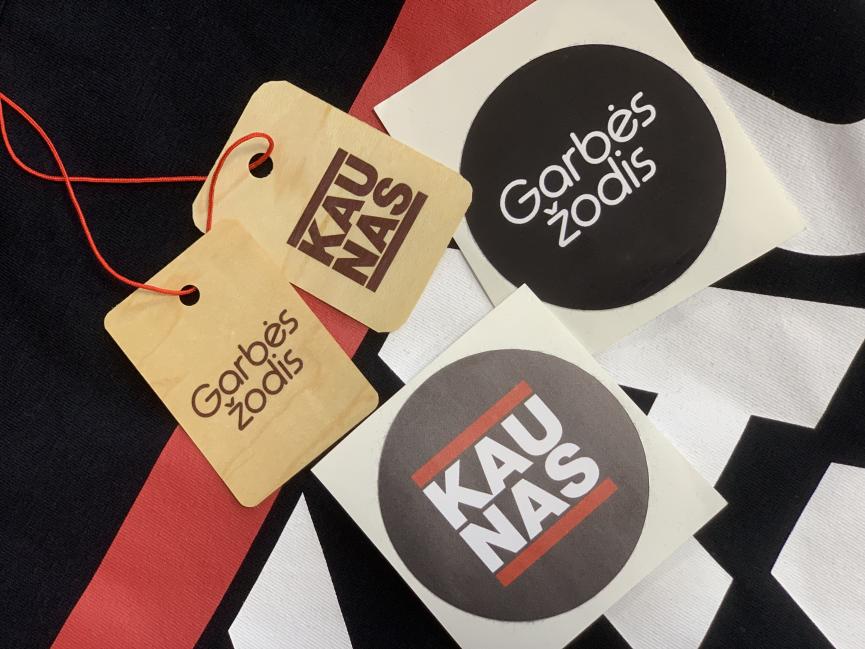 The truth is that contemporary, brave, minimal and comfortable t-shirts representing our city are in high demand – no wonder the KAU NAS line popped up around the same time as The Wall collection that was inspired by the street art of Kaunas. Kaunasians tend to wear KAU NAS when travelling abroad; expats have already fallen in love with the logo as well, it’s also proven to be a great souvenir and gift. 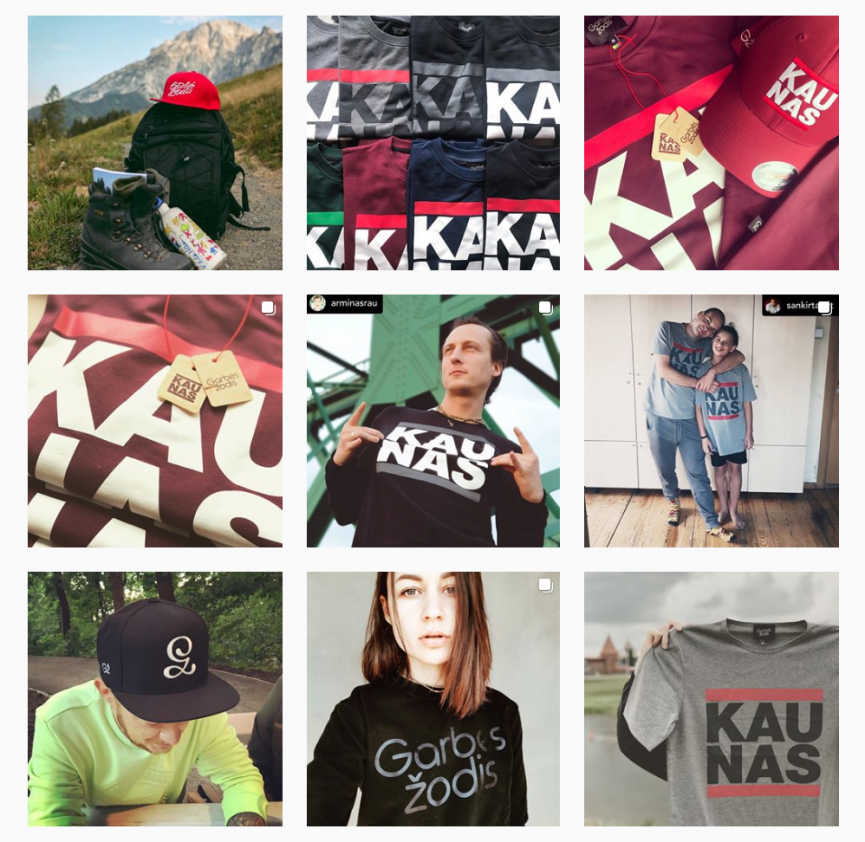