A handful of events initiated by Kaunas 2022 will already happen in 2020. Join us on our way from a temporary capital to a contemporary city! 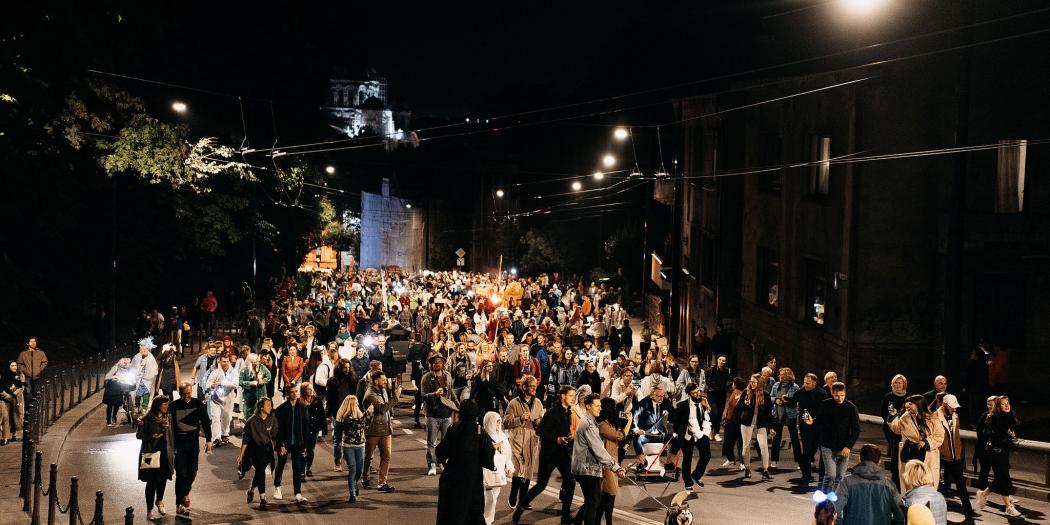 The year 2022, when Kaunas will become the epicentre of the continent’s culture – in other words, the European Capital of Culture, is approaching faster than you think.

European Capitals of Culture, which has started in 1985 and is ongoing for 34 years, is one of the biggest and most successful initiatives in Europe. Already more than 50 cities were honoured with the title of European Capital of Culture. It‘s an opportunity to reveal the uniqueness and diversity of European cultures, strengthen the amity of Europeans and to encourage urban development.

After taking all of the above into consideration and preparing a pitch about the transformation from ‘temporary’ (a link to the role of temporary capital that Kaunas served in 1919–1940), Kaunas won the title in 2017. Back then, the year 2022 seemed lightyears away. Despite that, the core team didn’t take the title for granted and started working right away. As of 2020, the Kaunas district (two dozen towns!) has been integrated into the main program and activities. All of the art, culture and community programmes for 2022 have already been launched, a lot of new people, including art, culture, finance, communication and management professionals, have joined the team, as well as the most enthusiastic representatives of local communities and a rapidly growing list of volunteers.

Dozens of both public and private cultural institutions have already expressed their wish to contribute to the programme; many of them have already developed their initial ideas and have included preparation for Kaunas 2022 into their daily agendas. The latter is crucial for later years – the Capital of Culture title will absolutely strengthen the cultural sector, reveal the opportunities it can provide by carrying out training programmes, discussions, international exchange and developing a strong network of partnerships.

The main agenda of Kaunas 2022 consists of seven programmes, each reflecting the history, present and future of Kaunas, as well as the contemporary city’s needs, in its terms.

Designing Happiness invites everyone to create traditions of acting in good taste, increase the density of good design, improve the creative ethics and aesthetics, increase the number of creative employees, grow the muscles of empathy, raise and solve uncomfortable questions about how much the city is accommodating and accessible, create in the city and around it an open-air gallery, celebrate happiness and stay together before and after 2022. Between October 21 and 23, 2020, the programme will host its first major event – the Kaunas Design Festival.

Emerging Kaunas is designed for the young generation of various ages: from babies to students. The youth programme carries out its activities in the Kaunas 2022 TEMPO space in a former theatre building in the Old Town of Kaunas, M. Daukšos g. 34. Stop by to become acquainted and share your ideas for the city if you’re a student in Kaunas! The youth programme aims to help the young generation to create a city in which they want to live. Emerging Kaunas consists of the following strands: a dance programme for toddlers, an educational programme for teens Kaunas Challenge, its alumni club and International youth summer camps for people from 18 to 29. The main goal of the camps is to inspire new, appealing and creative initiatives that would help to include the youth of the communities of Kaunas and Kaunas district into the activities of Kaunas 2022; In 2020, the camp will be held on July 5–12. Keep your eyes open for the application announcement! 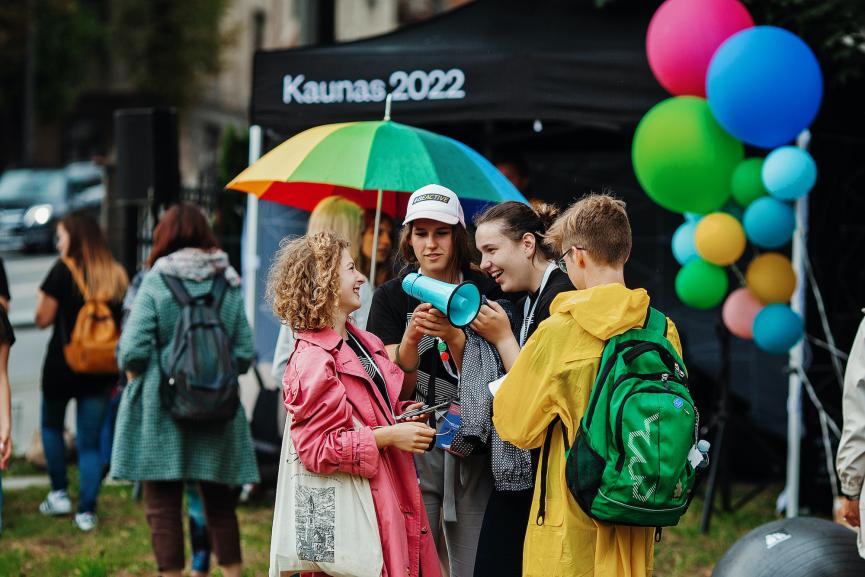 Memory Office aims to awaken the multicultural memory of Kaunas city and towns in its district and remind of its rich history, encourage pride in oneself and the place in which we live. By collecting stories and memories of people of various ethnicities and religions (check the stories here), the team wants to create a unique map of city memories. In October 2019, the programme’s first CityTelling festival was held in the Old Cemetery of Kaunas and various other locations and presented dozens of readings, workshops and art installations and other events. In 2020, the festival will be held on October 8–11. 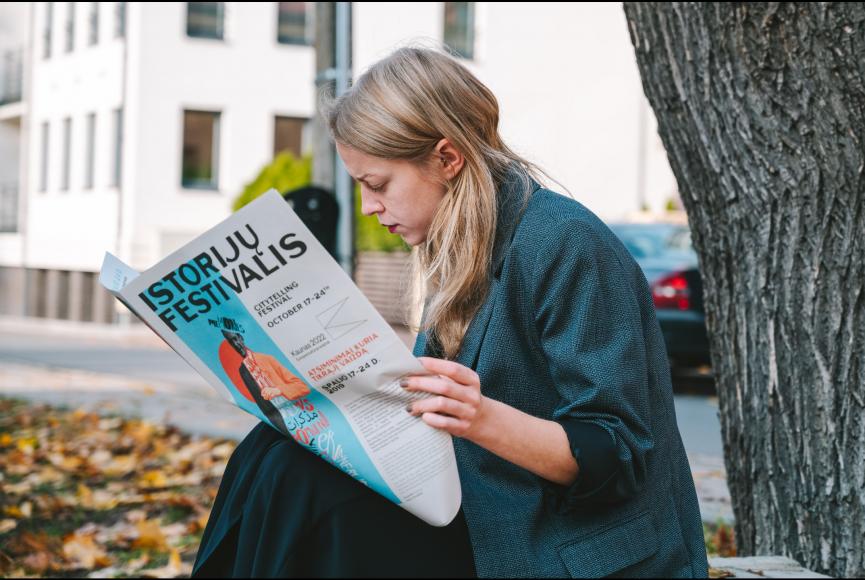 Modernism for the Future programme has a huge ambition to activate 365 houses representing the modernist style of architecture by 2022. Kaunas is a well-known destination for modernism and art deco lovers; its modernist architecture network is in UNESCO World Heritage tentative list. Around 6000 buildings: this is the number of modernist objects in Kaunas city and its district surviving to this day. From luxurious concrete villas, temples and public buildings, schools and cultural institutions, to small wooden houses. The programme will also commission a film on modernist architecture. It hosts international forums and summer schools for architecture and urbanism students and professionals, as well as various exhibitions and other events. The opening event of 2022, City Crown: Modernism-inspired festival of lights, will be co-curated by the programme’s team and will connect the modernist heritage, its ideas and urban spaces of the city. 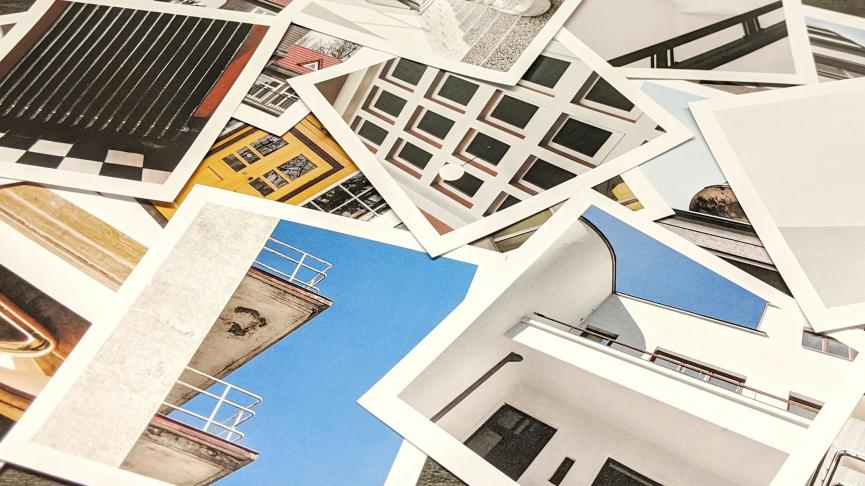 The Mythical Beast is the most mythical programme of all. It’s a storytelling project aimed to collect various legends about Kaunas, as well as inspire new ones. The beast already has an image, as well as a book called “The Great Fairy-Tale Book of the Beast of Kaunas”. 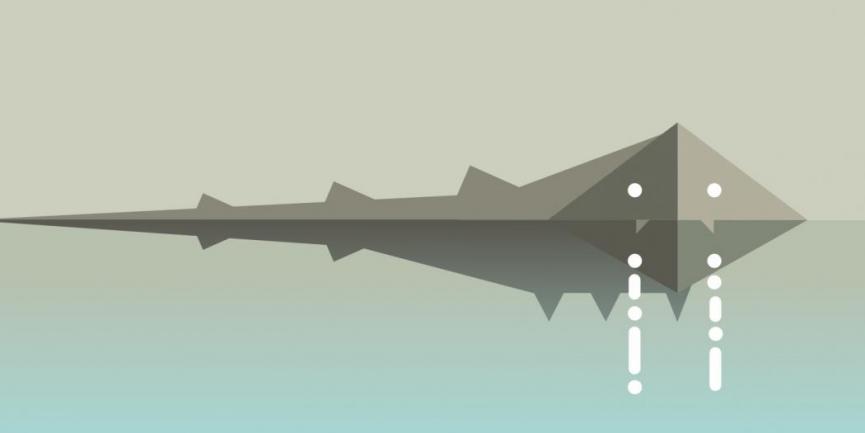 Wake it, Shake it is a programme designed to initiate changes in the cultural field. Its purpose is to strengthen the cultural sector, reveal its potential and help to meet the challenges of 2022. Trainings and workshops by lecturers from Lithuania and abroad have been taking place for some time now.

We, the People is a platform that promotes the sense of community through culture and currently consists of several closely related parts. Fluxus labs! are community labs set up in various places around Kaunas and Kaunas district. Fluxus agents strive to find local talents, unleash their potential and create conditions for creative self-expression, serving as intermediaries between communities and cultural institutions. Contemporary Elderships is a programme dedicated to highlighting the uniqueness of settlements in Kaunas district. Matters is a programme of industrial culture that offers residencies for artists working in the field, as well as events open for public. Upynės is a plan to make rivers and riversides relevant and activate them through culture, while Fluxus Yard invites to create professional art in public and private spaces. All of the above fluctuate into a major event of community programmes – Fluxus Festival. In 2020, it will be held on September 12–13. 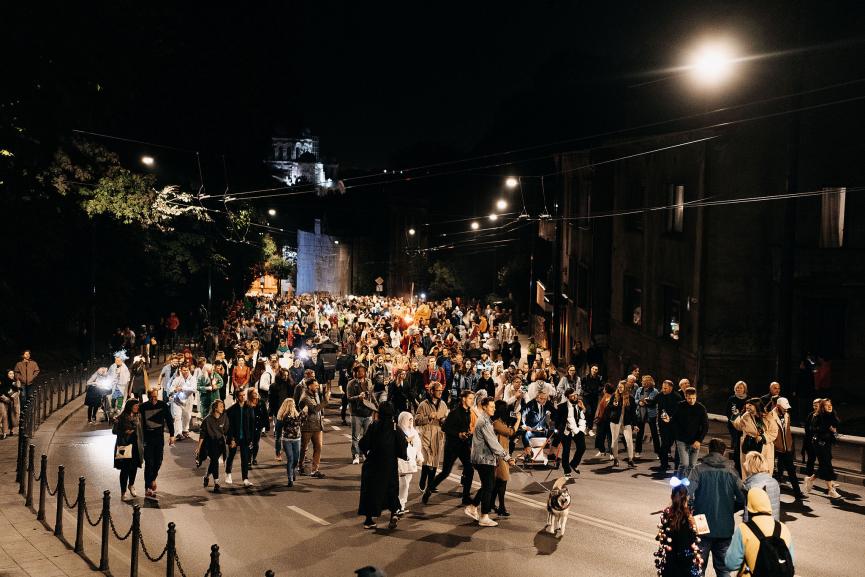 Previous editions proved to be a great success, partly to the fact that one of the crucial events of the festival is climbing up Parodos hill in central Kaunas, in the most creative ways possible. The climb starts at the square of George Maciunas, the founder of the Fluxus art movement, who was born in… Kaunas. All in all, the Fluxus festival is a great way to discover other sides of Kaunas than the facade visible on the internet and tourist brochures.

Other key events initiated by Kaunas 2022 that will take place this year already include the International Day of Happiness on March 20 (this year’s topic is sustainability), the European Capital of Culture forum on May 21-22, the Laisvės alėja-long Neighbourhood festival (a grand family dinner to which everyone’s invited) on May 28, and performing arts festival “ConTempo” on August 7–23 that will pop up in various open-air and indoor places in Kaunas and Kaunas district. 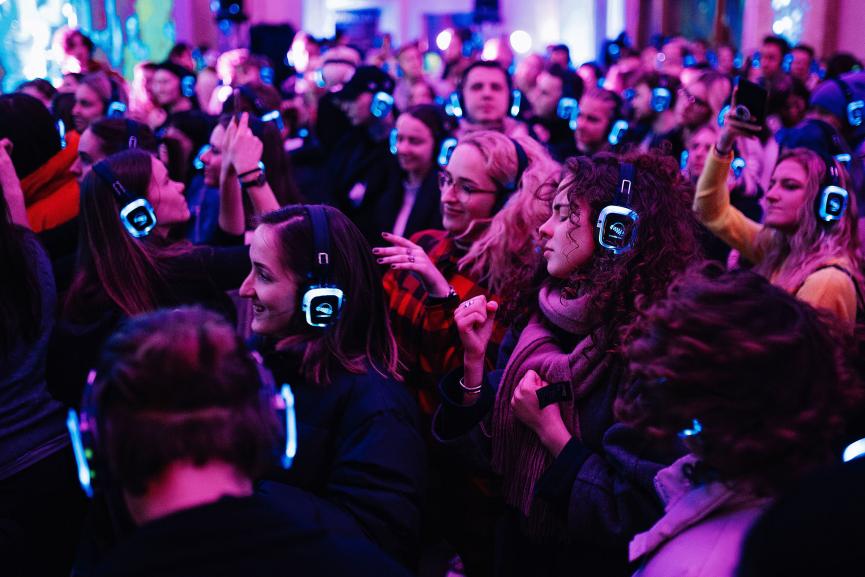 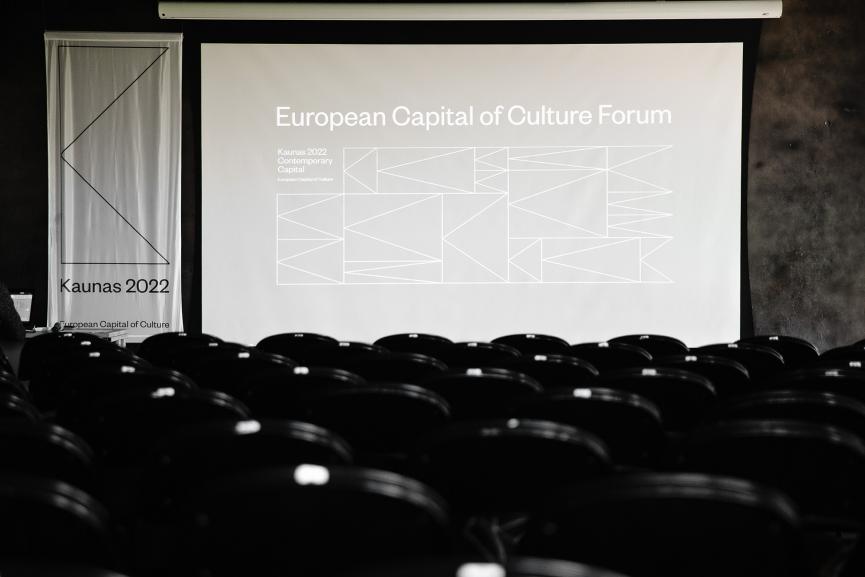 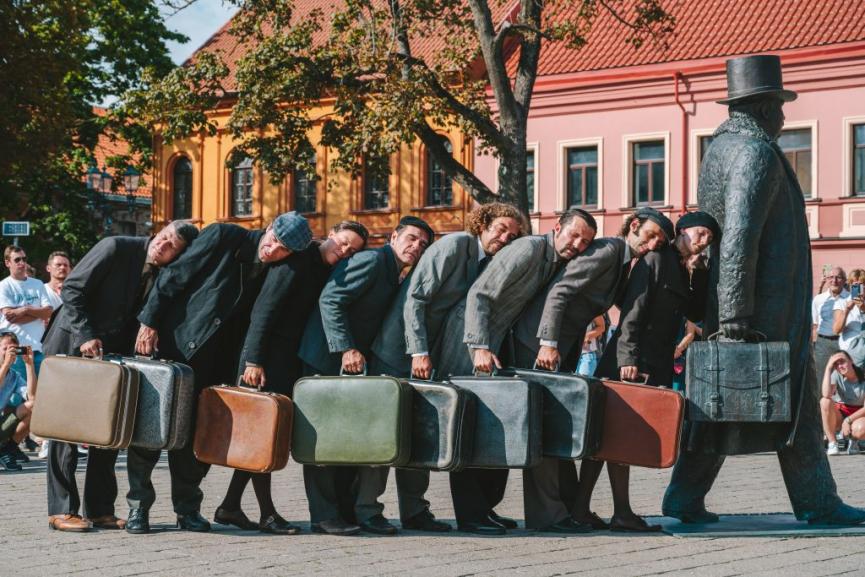 Kamchàtka at ConTempo festival. Photo by A. Aleksandravičius 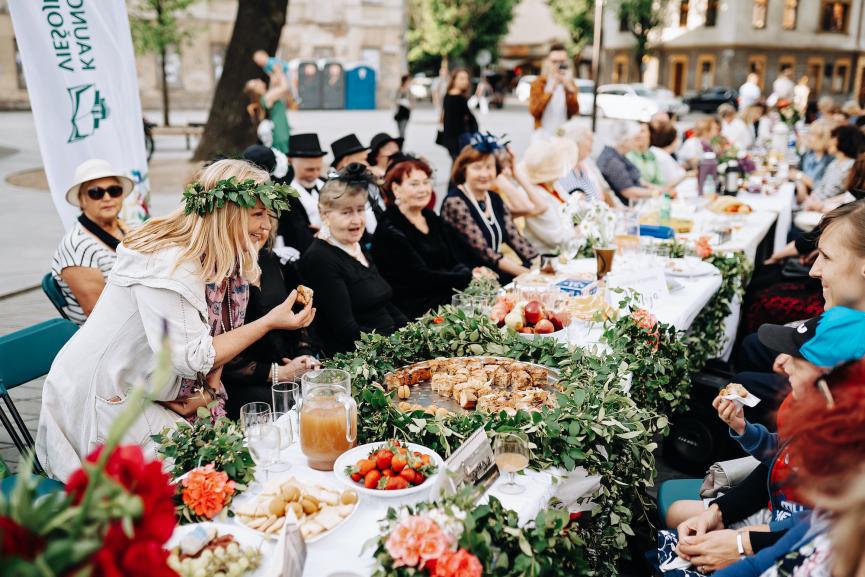