For the past two months, the enormous filming crew have been recreating the 1980s in Kaunas. In fact, Kaunas has been used to recreate the events in Moscow. 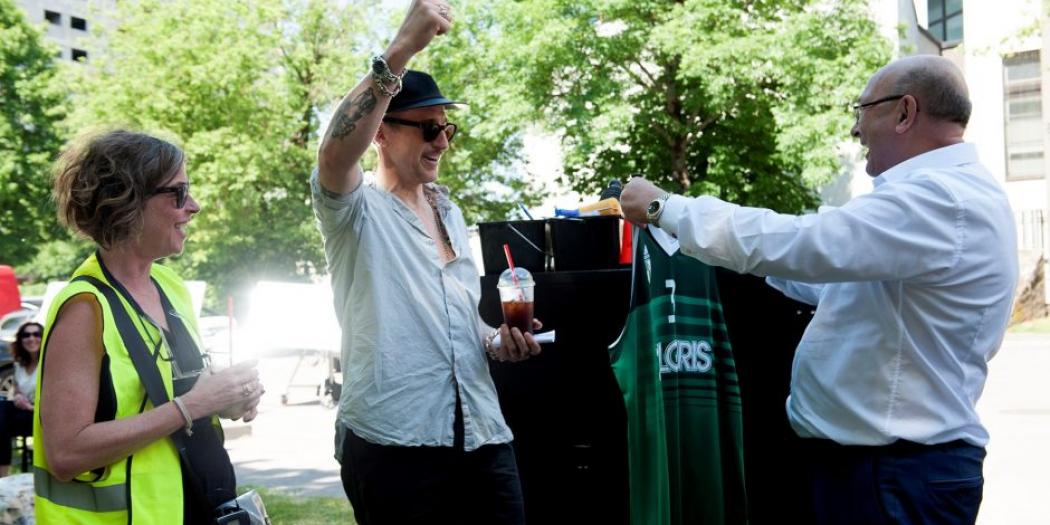 The first high-end TV drama co-production between Sky and HBO, a mini-series based on the real-life nuclear plant disaster at Chernobyl, is currently being filmed in Kaunas.

Johan Renck, a director known for his works with Madonna, David Bowie, Kylie Minogue and numerous worldwide brands, chose Kaunas without much previous knowledge about the city. In fact, only visited our city for the first time last October Unique locations and historic architecture, as well as a wide array of angles, have been mentioned among the reasons for the decision.

On April 26, 1986, the world was struck by news about a nuclear explosion in Chernobyl, Ukraine. The five-part drama will remind the viewers about the incident and tell the stories of people touched by it, including scientists, firefighters, soldiers and nuclear plant staff. For the past two months, the enormous filming crew have been recreating the 1980s in Kaunas. In fact, Kaunas has been used to recreate the events in Moscow.

“We did location scouting all over Lithuania, but Kaunas caught our attention for its unique historical context and a character much more impressive than elsewhere“, said Renck when visited on location. He also mentioned it’s very often the second city in the country that is filled with cultural energy and presents the national identity. “Capitals are often very busy with trying to be the most important cities; Kaunas, on the other hand, doesn’t care about that – it just wants to be Kaunas”. Renck and the rest of the crew were visited by Visvaldas Matijošaitis, Mayor of Kaunas, who awarded the director with a BC Žalgiris jersey. 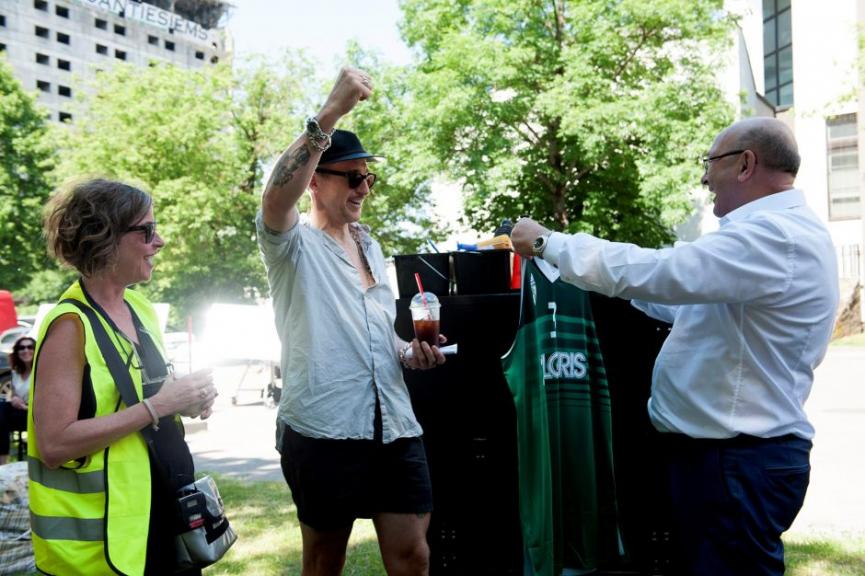 Lithuania’s filming profile has been rising in recent years, with high-profile, big-budget dramas such as the BBC’s War and Peace and Netflix’s Tokyo Trial basing production there. We’ve previously blogged about movies shot in Kaunas – read more on the subject here.