Finally! A Monument to Sugihara in Kaunas

The main accent of Sugihara Week this year was the newly unveiled bronze sculpture next to Laisvės avenue, which commemorates the brave consul. 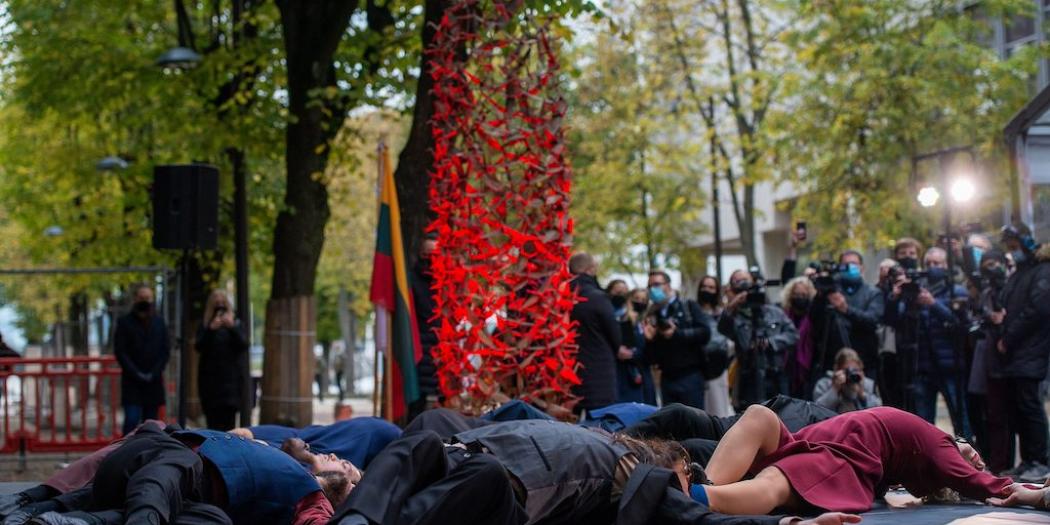 To commemorate the year of Sugihara in Lithuania, Sugihara Week returned to Kaunas. Last week, the festival invited visitors to learn more about Japanese culture and the history that unites Lithuania with Japan by participating in film screenings, concerts, lectures, fairs and other activities. The main accent of Sugihara Week was the newly unveiled bronze sculpture next to Laisvės avenue, which commemorates the brave consul.

“The memory of Sugihara and his moral legacy for present generations has been and is a strong bridge that connects Lithuania with Japan, Israel, USA, Australia and other countries that share the values of humanism. Let this monument always remind us that we must learn from Sugihara’s actions and the painful experience of World War II. Let us firmly adhere to the moral values confirmed by time, let us be righteous in the face of eternity,” said President of the Republic of Lithuania Gitanas Nausėda at the unveiling ceremony of the sculpture. 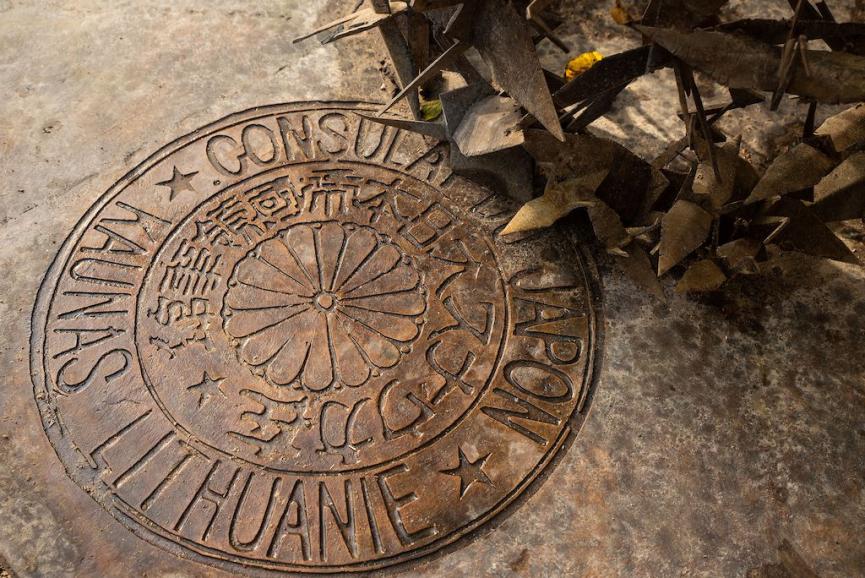 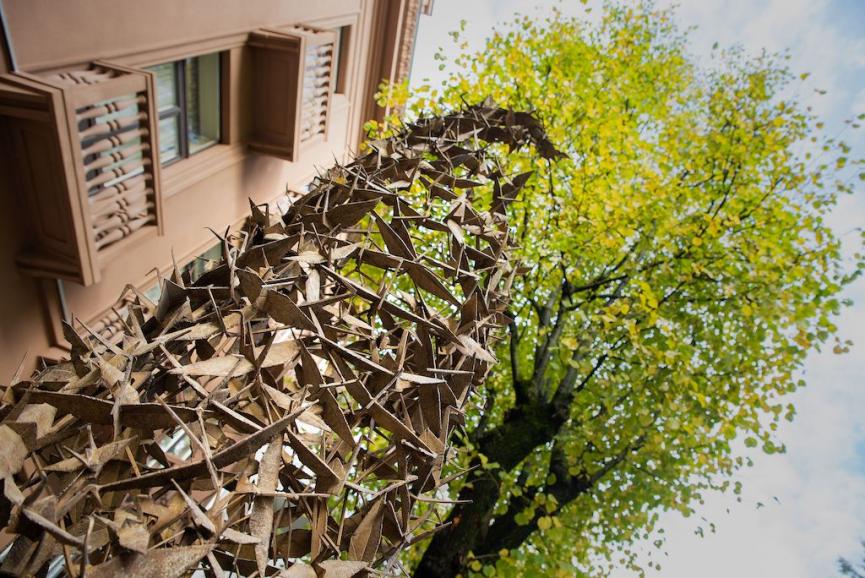 A place of historical memory

The bronze monument decorated the space next to the Metropolis Hotel, where the Japanese consul spread the idea of humanity before leaving for Berlin.

“It is symbolic that on the occasion of the 80th anniversary of the consular activity in Kaunas, the monument was built right next to Laisvės avenue – after all, Sugihara gave thousands of people freedom. He extended a helping hand and granted “Life Visas” to thousands of Jews when they were especially needed. It is a great honour to know that all of this is an integral part of Kaunas history,” said Mayor of Kaunas City Visvaldas Matijošaitis.

The 4-meter-high sculpture “In Memory of Chiune Sugihara” by sculptor Martynas Gaubas was made from origami-shaped winches made of platinum bronze spinning into the sky in a circle. The base of the sculpture depicts the seal of Sugihara and words “Whoever saves a life, saves an entire world” meaning the activities of the Japanese consul, engraved in Lithuanian, Japanese, English and Yiddish. 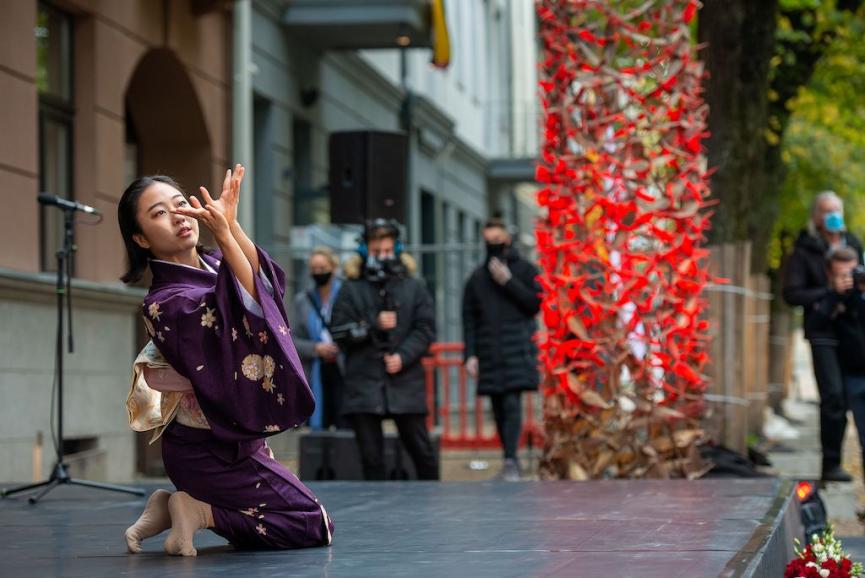 The nobility that has changed the world

Chiune Sugihara was a Japanese diplomat that resided in Kaunas from 1939 to 1940 as a vice-consul of the Japanese Empire. During World War II, he helped about 6000 Lithuanian, Polish and German Jews to escape from Europe by issuing them transit Japanese visas. He risked his career in this way because he did not have the official approval of the Japanese government. In September 1940, when the consulate in Kaunas was closed, C. Sugihara continued to sign visas at the Metropolis Hotel. It is estimated in total there were given that up to 10 thousand “Visas for life”.

For his actions, which have saved thousands of lives from a terrible fate, the Israeli government has called the Japanese diplomat as the Righteous Among the Nations.