February 2020 in Kaunas: Theatre and Dance

The January blues is over, and Kaunas is ready to rumble. Our cultural institutions are busy polishing their schedules! 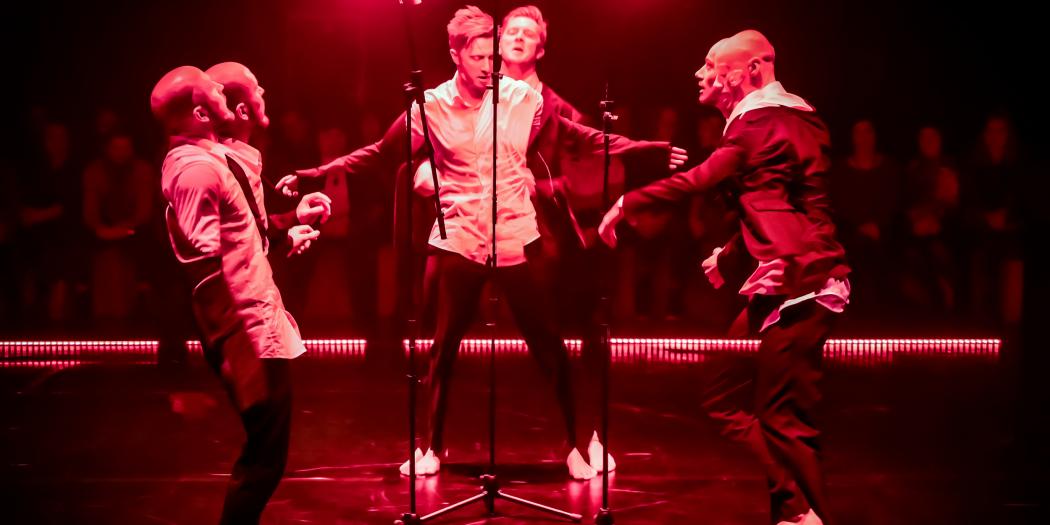 The January blues is over, and Kaunas is ready to rumble. Our cultural institutions are busy polishing their schedules, and we’re thrilled to announce some of the most interesting theatre and dance performance  events you can attend in February.

“Ghetto”, a performance directed by Gintaras Varnas and based on a play by Joshua Sobol, was the highlight of the theatre’s 99th season. The play focuses on the experiences of the Jews of the Vilna Ghetto during Nazi occupation in World War II, as well as the story of the Jewish theatre inside the ghetto. Theatre became the source of strength and resistance. It’s a story about a collective fight for survival, both physical and spiritual. Varnas added a lot of documentary material to the work of Sobol. You’re now able to see it surtitled in English. 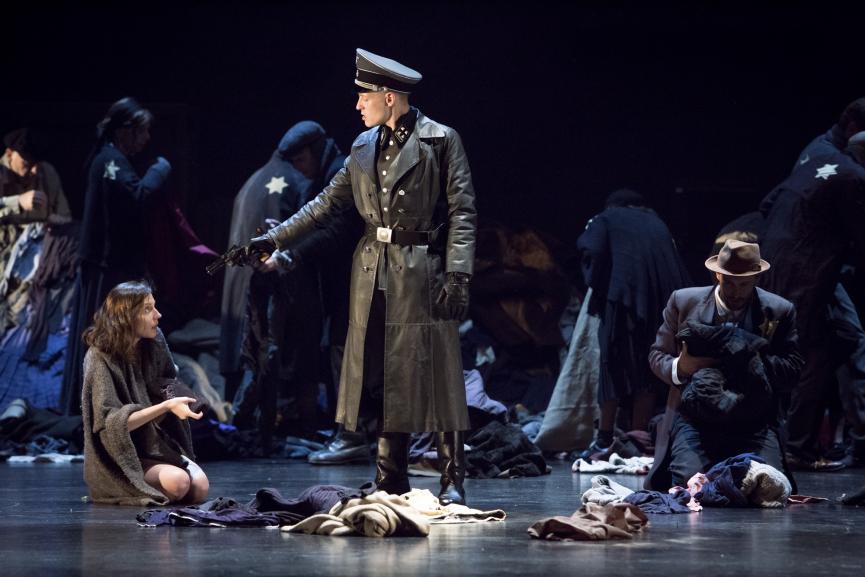 In today’s world, we are unlikely to find a modern human being who has never been burned out in his or her life. Such snowmen simply do not exist anymore. After all, we live on a planet that, over the last few decades, has learned to rotate around its axis, disregarding the laws of physics. Knowledge here is ageing faster than one can possibly read it. While being in a hurry at every step, we take it not only as a natural status but also as a trendy sensation. Surrounded by virtual reality, we live in times of constant competition and seek for statuses. It’s getting easier and easier to get lost in a variety of identities and responsibilities that we ourselves created. It is getting easier and easier to burn out. Inspired by such contemporary modus vivendi and their own burnouts, dancers and founders of the Dance Company “Nuepiko” Marius Paplauskas, Marius Pinigis and Andrius Stakele in their latest dance performance explore the phenomena of the so-called overheat. 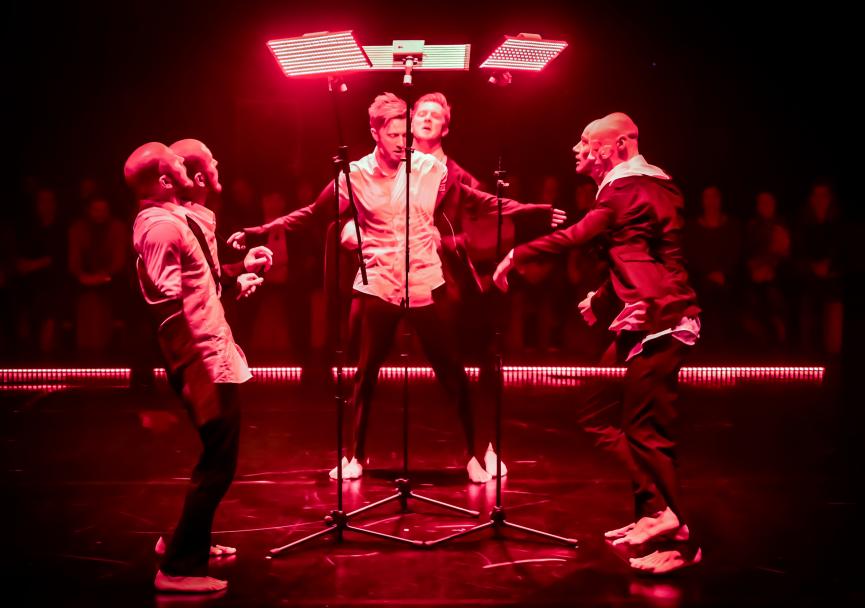 Dance and music performance “Oneiro” is about the magic of an intermediate state. The centrepiece of the performance, presented by the Šeiko Dance Company, is David Lang’s “World to Come”, which he created in the wake of the September 11 tragedy, when the world was standing in the midst of great uncertainty. The creators of the performance were inspired not only by the deep, mathematical music but also by the name of the piece, which indicates limbo. The intermediate stage between the end and what’s behind it can be fascinating. 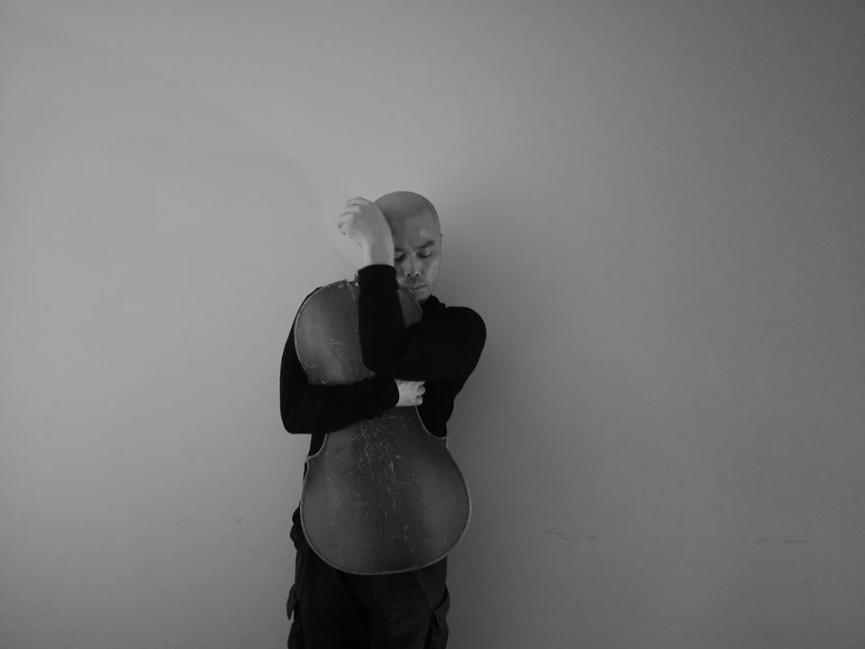 Photo by the organizers

This unique dance and live music performance by the Šeiko Dance Company has evolved from a thought that occurred to cellist Mindaugas Bačkus. The idea was to make a cello version of “Boléro”, one of the most famous orchestral works by French composer Maurice Ravel. Renowned Danish choreographer Palle Granhøj was invited to create choreography for the performance. In “Boléro–Extended” Granhøj employs his obstruction technique, which reduces movement and creates a specific repetitive motion for the dancers, based on the rhythm of Ravel’s “Boléro”. The music, performed by one to eight cellos throughout the piece, gets deconstructed and therefore sounds quite unexpected and modern. The stage setting here is no less surprising: an ordinary situation with musicians in the orchestra pit and dancers on stage appears to be turned upside down. 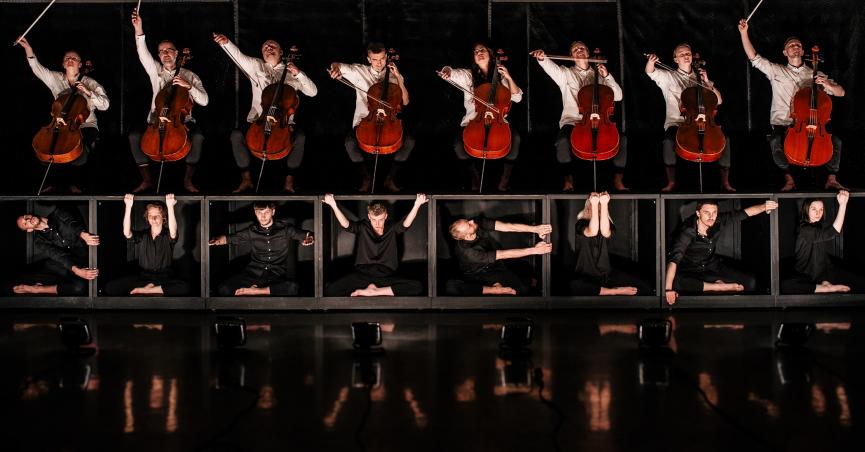 Photo by the organizers

Dance theatre “Aura” and improvised music band “Kaunas Zoo” invites you to a performance of dance and live music, which analyzes the topics of beauty, fashion cults, the aim of luxury and demonstrates the vanity which living with “masks” brings forth. 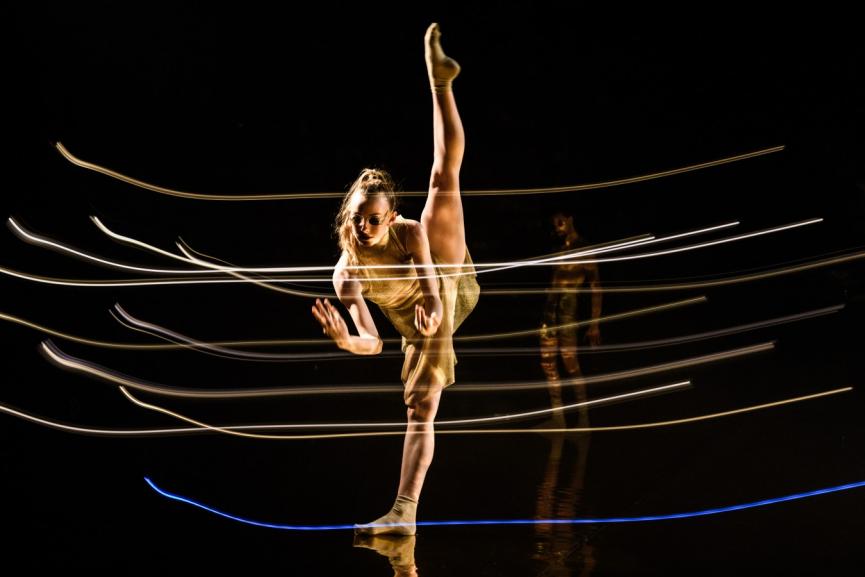