Music, sports, cinema, architecture and beyond. What will be your reason to visit Kaunas in 2019? 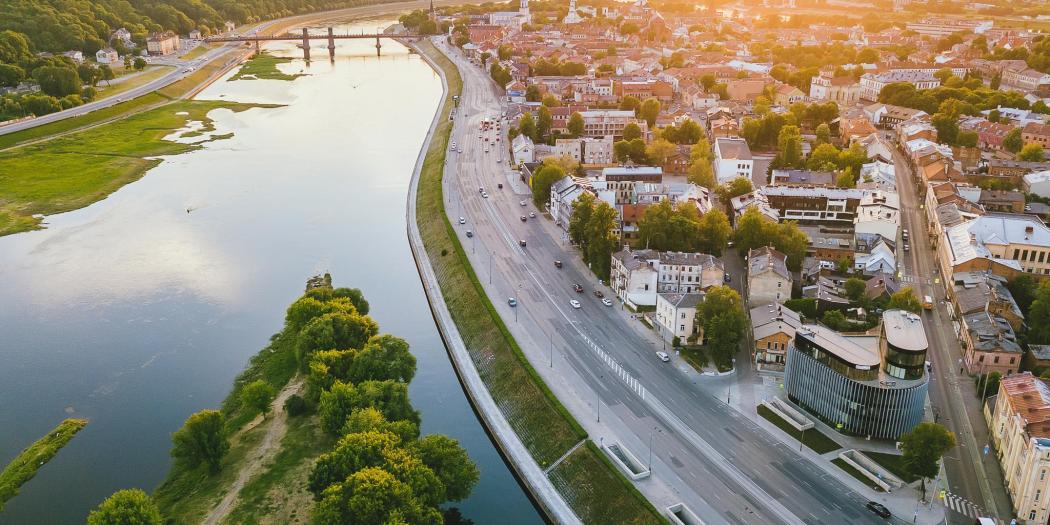 Interested in visiting an upcoming European Capital of Culture? Want to catch your favourite artist somewhere in Europe? Interested in modernist and contemporary architecture, Fluxus movement, art, sports, community projects or music? No matter how extensive or focused your interest scope is, this one’s for you, our dear traveller - we’ve compiled some of the most anticipated events in Kaunas in 2019 so that you can start planning your kaunastic getaway.

The best-attended arena in the Euroleague network is right here in Kaunas. There’s no better place to fall in love with the beautiful sports of basketball that has been flowing in the veins of Kaunasians for almost 100 years now. Click to see the official schedule of Žalgiris home games and join us in Žalgirio arena. Our only advice is to plan ahead as the tickets sell out very quickly. 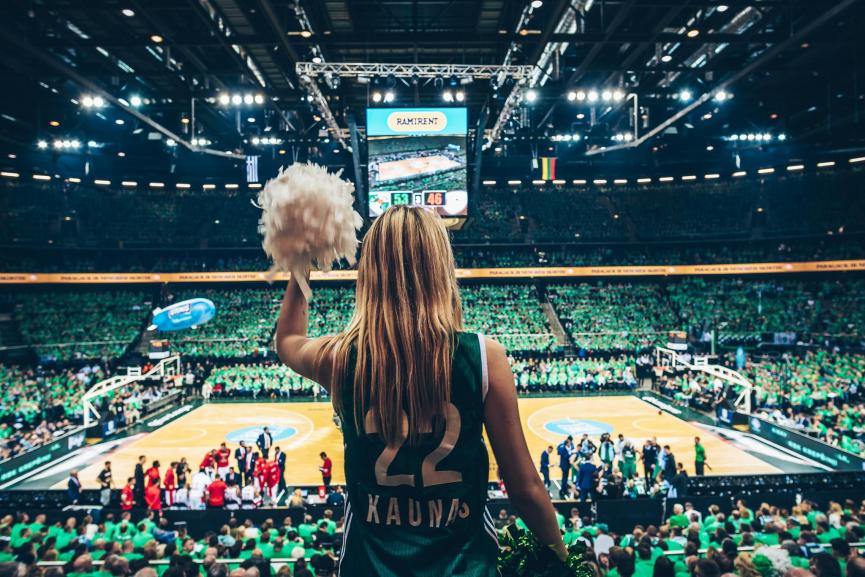 Known for performing in retro 1930s cabaret-style costumes with heavy theatrical makeup, The Tiger Lillies originated in 1989 in London and billed themselves as messengers of obscenity, the bizarre, and decadence. They’re coming back to Lithuania with a brand new album! Catch the band in the VMU main hall.

The legendary Spanish tenor will be visiting Žalgirio arena on the Day of Restoration of Lithuania’s Independence.

The Month of La Francophonie
March


Little Paris, the interwar nickname of Kaunas, isn’’ the only thing in common between Lithuania and France. In fact, the friendship between the two countries is very close, and there are a lot of stories to tell, starting much, much earlier than 1930. That’s why March in Kaunas and pretty much the rest of the world is The Month of La Francophonie. Expect lectures, exhibitions, film screenings and food tastings.


March 20th is the International Day of Happiness, which was celebrated in Kaunas for the first time in 2018. The day turned out to be a massive success, so get ready to experience all forms, shapes and colours of happiness again in Kaunas and Kaunas district in 2019 (and 2020, and 2021 etc.).


The heads of culture capitals, participants from many EU states, politicians, culture operators, artists and other public figures will become the guests and speakers at the second European Capital of Culture Forum organised by the team of Kaunas 2022. 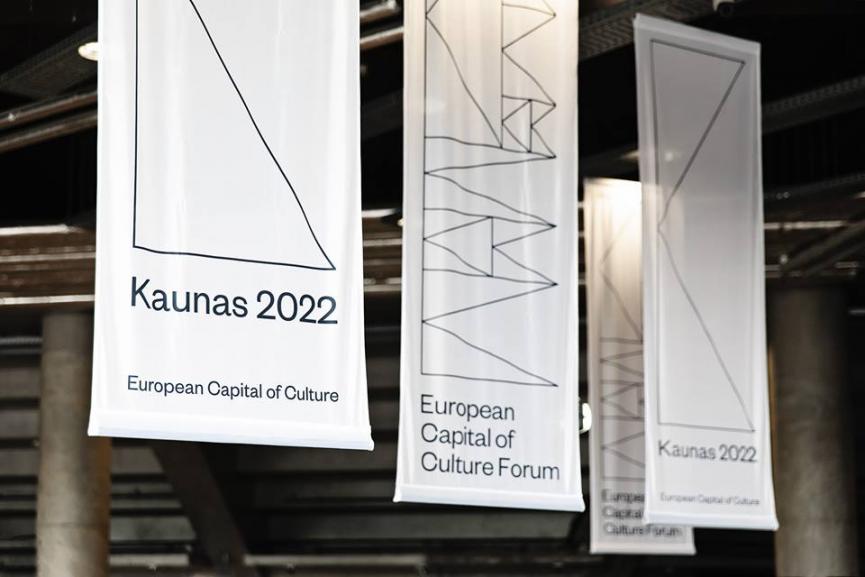 Picture from the archive of Kaunas 2022

UIM F2 World/European Powerboat Championship Round
End of May

The Kaunas Reservoir has already witnessed the speed of powerboats and the strength of some of the best pilots around the world, as well as successful performances by Kaunas-born racer Edgaras Riabko. The spectators in Kaunas quickly fell in love with the sports, and we can’t wait for the upcoming session!

Born in 1990 together with independent Lithuania, the festival brings local and foreign jazz musicians to indoor and outdoor spaces all around Kaunas. It has extended the legacy of jazz outside the city limits, too – a couple of Kaunas Jazz concerts are held in Vilnius each year. In 2019, the biggest star of the festival will be Bobby McFerrin. He’ll perform in Žalgirio arena on April 28. 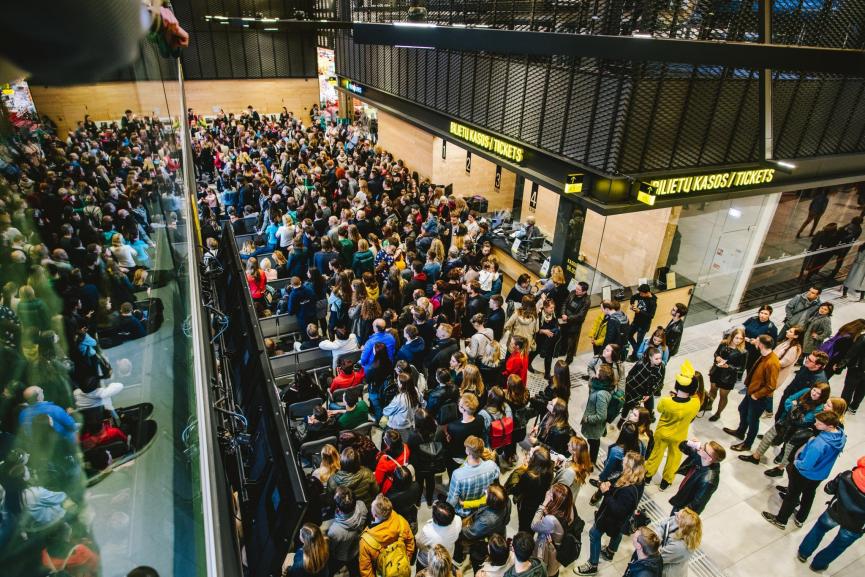 Last year, the festival kicked off with a free concert at the Kaunas Bus Station. Picture by Andrius Aleksandravičius

FIMBA Maxibasketball is the last category of basketball, and it can be called basketball nonstop! It creates space for high-performance competition for each age group, once the time of high competition is over. Thousands of players around the world show the advantages of the sports continuity for improving the quality of life in maturity. We’re thrilled to be hosting the games in Kaunas, the city of basketball, in 2019.

For almost three decades kite enthusiasts, mostly families (thousands of them!), have been gathering in Nemunas valley in Zapyškis, district of Kaunas, near a charming little church, to colour the sky for one day.

A nation-wide initiative of bringing designers of all kinds closer to people has planted its roots deeply in Kaunas, occupying numerous spaces all around town to celebrate Lithuanian talent for one week every year.


Well known all around the world, the tradition for most galleries in town to showcase what they have and know best in the scope of one weekend, arrived in Kaunas in 2016. The event turned out to be a great success and has already become an important tradition. 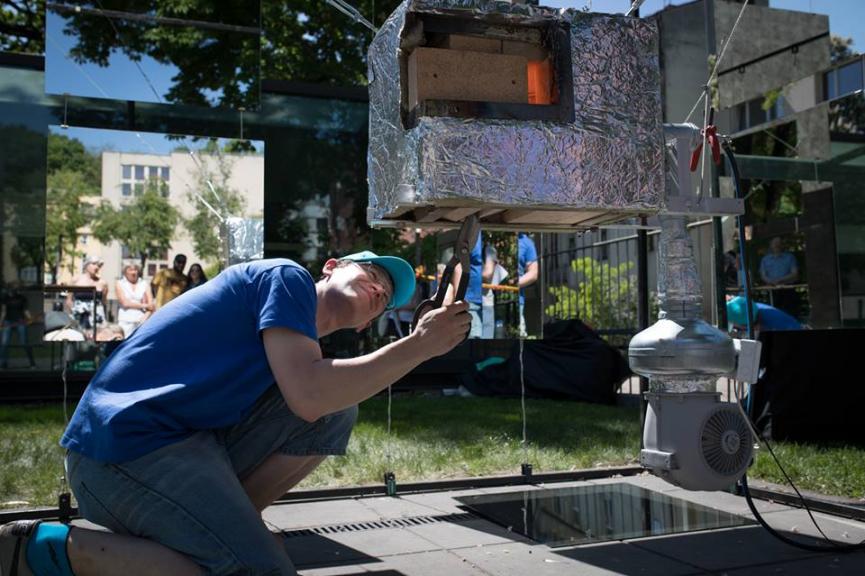 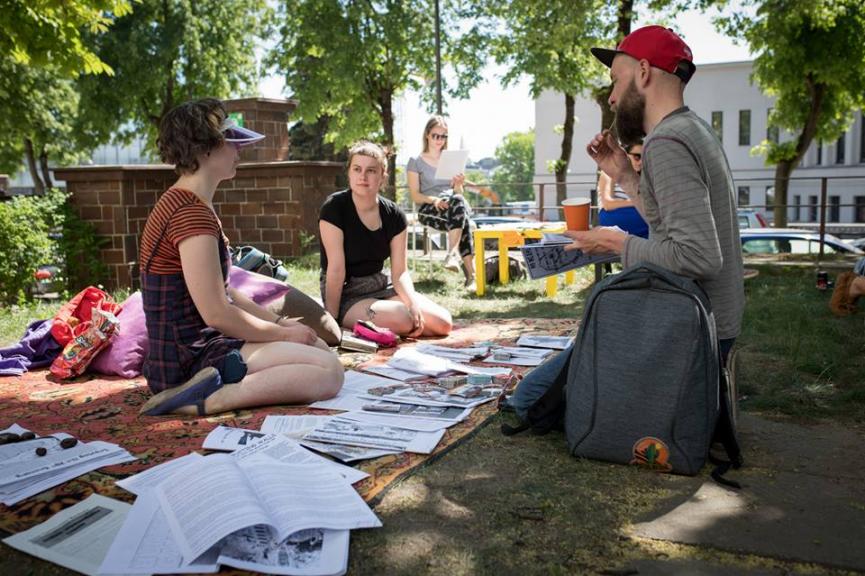 Pictures from the archive of GWK


The traditional folk festival is held annually in May since 1984. Last year, the festival was visited by participants from as far as Cape Verde! The program stretches from traditional song and dance performances to photography exhibitions, arts and crafts workshops and music lessons.

The worldwide event is much-celebrated here in Kaunas; most of the city’s numerous museums host special events planned long in advance and, of course, grant free entry till wee hours. 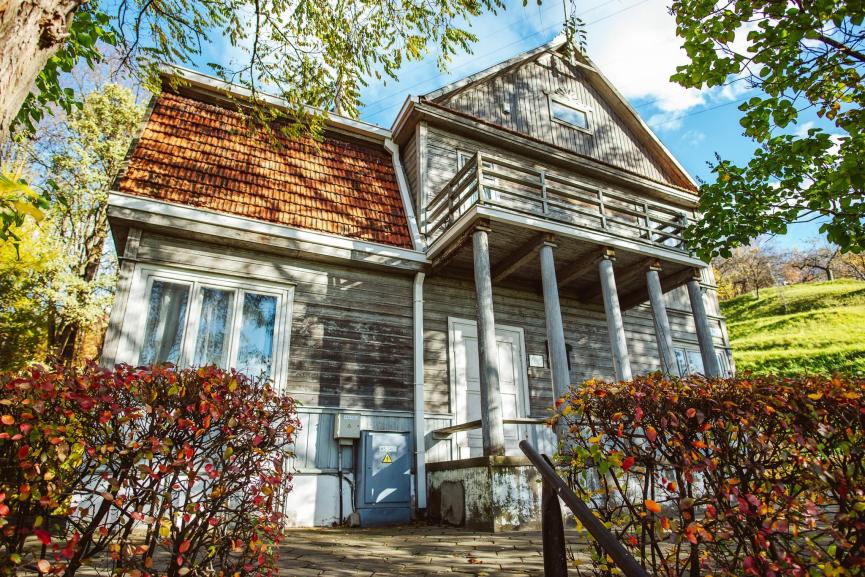 The historic wooden house of composer Juozas Gruodis is part of the Kaunas City Museum. You can even taste the apples from the trees the composer planted himself! Picture by Andrius Aleksandravičius


One of the most significant cultural events in Kaunas is the city-wide birthday of Kaunas city. The medieval theme and intense program of the annual celebration distinguish it from the rest of Lithuania. Yes, that’s true – Kaunas is the only Hanseatic city in the country. The House of Perkūnas is one of the most original and Gothic secular buildings, located in the Old Town of Kaunas, Lithuania. Originally built by Hanseatic merchants and served as their office from 1440 until 1532, it was sold in the 16th century to the Jesuits. A must-visit during the Hanseatic days - or any other time of the year. Picture by Andrius Aleksandravičius


Imagine bringing your dinner table to the longest pedestrian street in the region and sitting down for a pleasant evening with neighbours and friends you’ve just met. That’s possible every May in Laisvės Alėja, thanks to the artist Vytenis Jakas whose projects aim for a happier community. Join us if you don’t have a table, too! 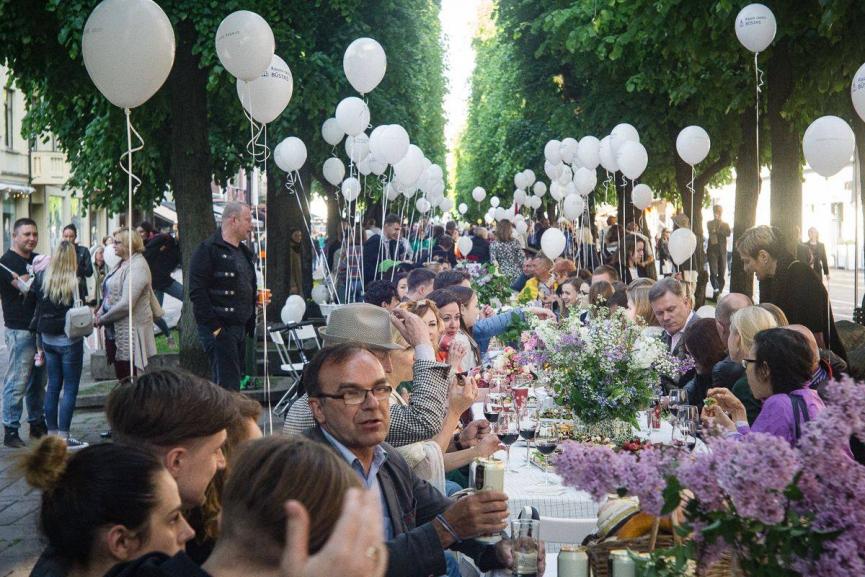 That was one of the best parties in 2018. Picture by Remis Ščerbauskas for Kaunas 2022

Kaunas Artists‘ House and the community of V. Putvinskio street are building a new tradition that gathers everyone to this historical axis of Kaunas. Concerts, games, flea markets, readings and other activities have proven to be the highlights of the block party like no other. 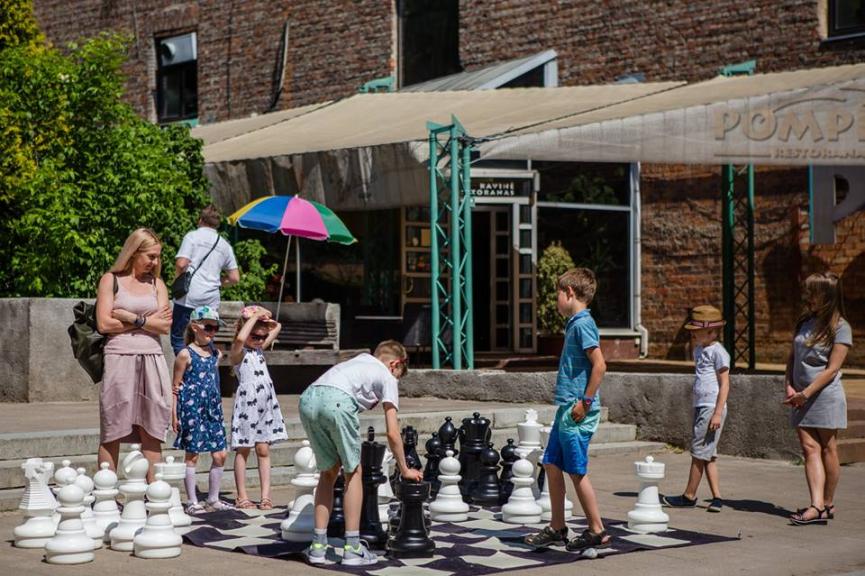 
What started as a small music festival at the Pažaislis monastery garden in 1995 today is a catchall name for numerous classical music events taking place all over Kaunas and elsewhere in Lithuania for three months each year. 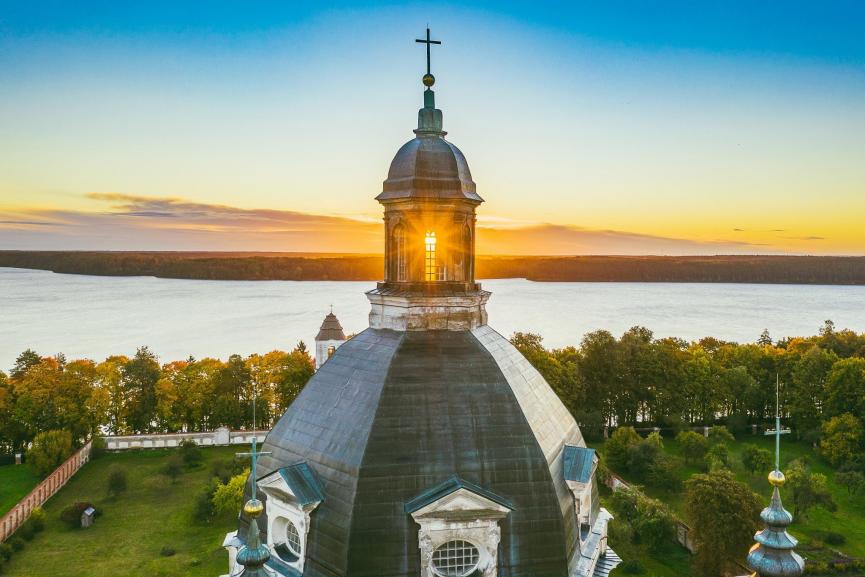 The iconic dome of the monastery. Picture by Andrius Aleksandravičius

The gig in Žalgirio arena will be a rollicking, dynamic show focusing on the most beloved songs written by the British musician and spanning the 16-time Grammy Award winner’s prolific career with The Police and as a solo artist. Fans can expect to hear “Englishman In New York,” “Fields Of Gold,” “Shape Of My Heart,” “Every Breath You Take,” “Roxanne,” “Message In A Bottle” and many more, with Sting accompanied by an electric, rock ensemble. 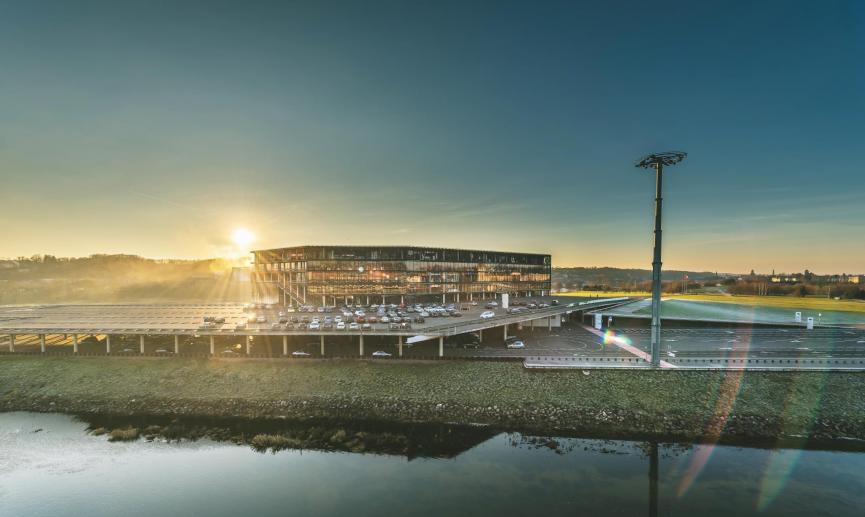 So many good vibes fit inside! Picture by Andrius Aleksandravičius

A marathon with a view! Start in the city hall square, thriving with life from the 16th century, run by the remains of Kaunas castle, built in the 14th century. Enjoy the wide and flat route near two of the biggest Lithuanian rivers and examples of Lithuanian architecture from the Medieval, Gothic, Renaissance, Baroque, Modernist, Soviet-era to modern times. In 2019, the event will be back for the 7th time. 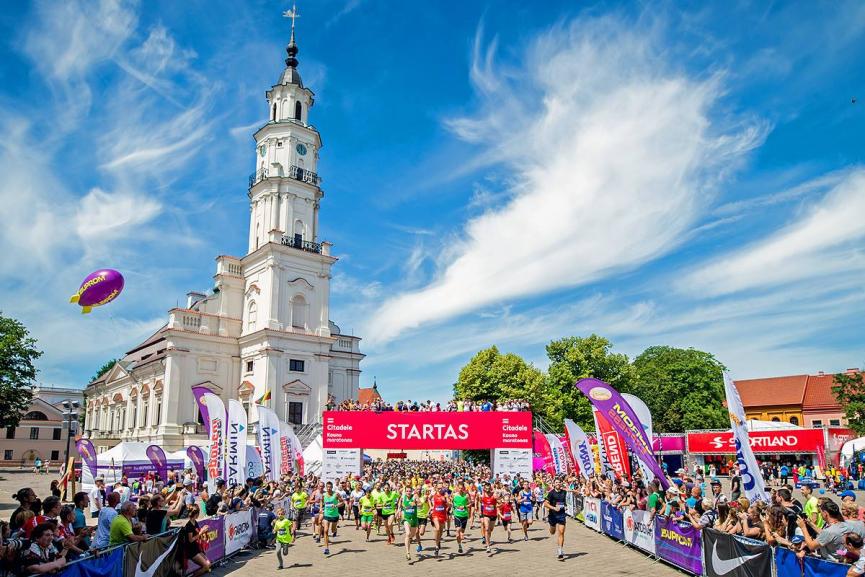 
Kaunas Biennial aims to become the most significant event for contemporary art in Kaunas, Lithuania and Europe. It reflects analytically the art processes currently taking place all over the world, by bringing up the priorities of creative collaboration and openness in the operations of artistic creation and its perception. The 12th edition of the biennial will be held in and around the Kaunas Railway Station. Its topic is set for “After Leaving. Before Arrival”.


The third edition of the festival will feature classical, folk and electronic music, performed by well-known Lithuanian carillonneurs and guests from abroad. The citizens of Kaunas and city guests will also have the opportunity to have a look inside the carillon tower: the concerts will be broadcast live on a big screen at the Vytautas the Great War Museum garden.

Every resident of Kaunas and Kaunas district is invited to join the unpredictable event that will take place in yards, balconies, staircases and other areas both public and private. The festival is one of the many steps of Kaunas in becoming a contemporary capital.


Žemieji Šančiai is a colourful historic neighbourhood by the Nemunas river and one of the most successful examples of community art projects in the region. The first-ever nonpolitical street parade in Kaunas, the community opera and many other fascinating events have already happened. What’s next?!

The festival takes place every September around the Autumn Solstice. The event is a brave attempt to gather stylistically diverse musical projects that are based on folklore and traditional cultures in one place.

Every three years the festival invites people to explore and question the city. In 2019, the topic of the festival will be “Landmark architecture – creating or destroying the city’s identity?”. The programme will consist of exhibitions, lectures, seminars, talks etc.

It’s the longest-running annual photo art festival in the Baltic States (since 2004). It’s also the most attended photographic event in Lithuania, comprising 200-300 participants per program and counting its audience by tens of thousands of visitors. The exhibitions and activities of the festival have outgrown the limits of traditional galleries and spread all over Kaunas. 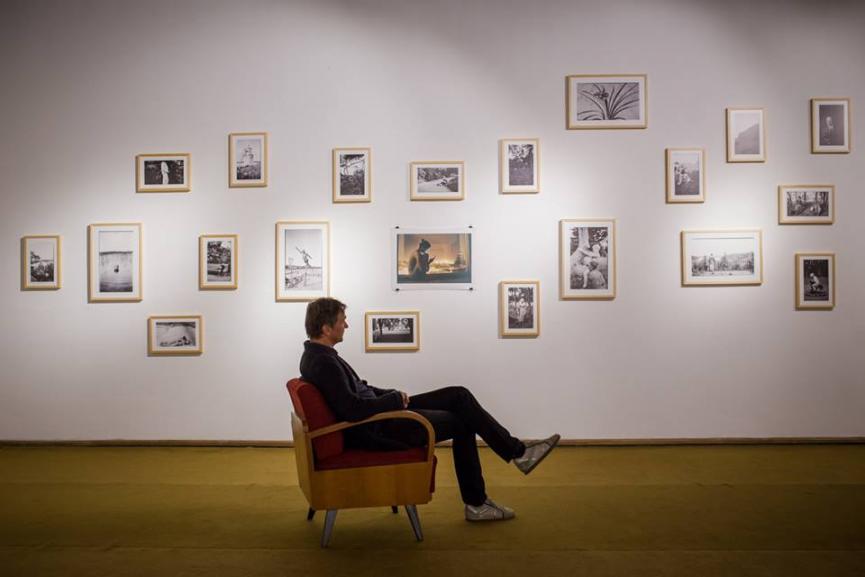 
AURA is the only municipal theatre of contemporary dance in Lithuania; its history dates back to 1980. The international dance festival was for the first time organised in 1989 and is now an important tradition that encourages the popularity of contemporary dance and enriches the cultural life of Kaunas and beyond. 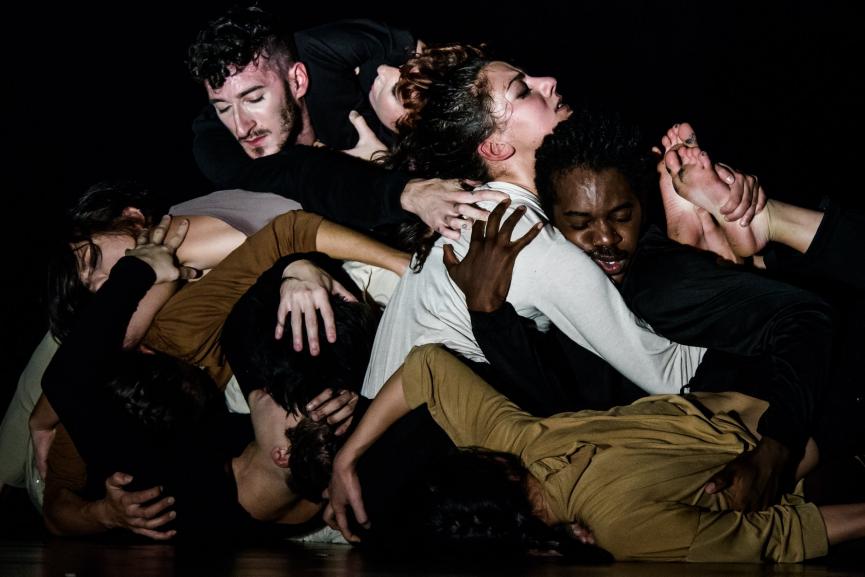 Aura premiered 'Damage' in the last edition of the festival. Picture by Laura Vansevičienė for Aura


The festival aims to enable undiscovered and unknown filmmakers to present their works to the audiences. The programme of the festival includes film screenings, debates, lectures and meetings with filmmakers. 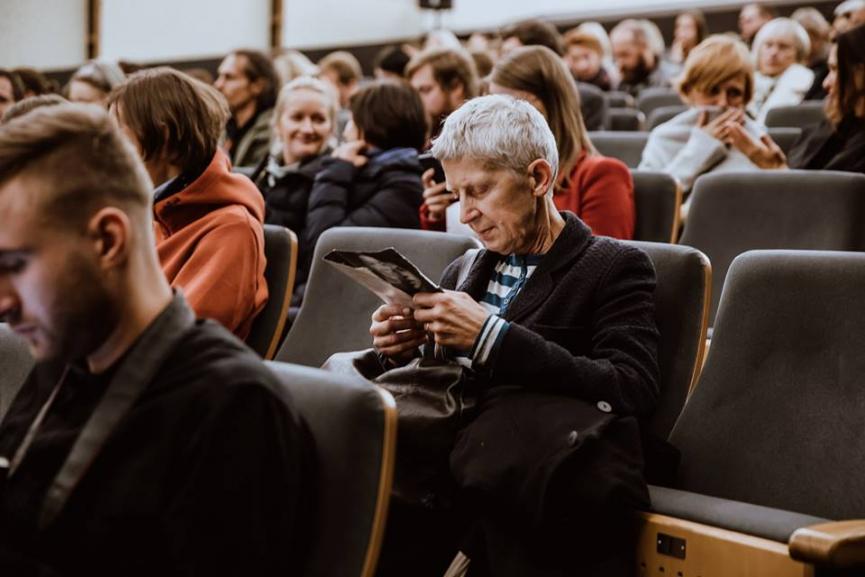 
Memory Office, a program of Kaunas 2022, is working on its first festival. The event aims to tell the city and reveal its stories. The latter can be sad, happy, well known or completely unheard of. The stories will be presented in spoken word, sound, light and visual language.

The Italian superstar released a new album called “Vita ce n’è” at the end of 2018. It’s his 14th record, and the artist is bringing it on a world tour. The only stop in Lithuania will be a concert in Žalgirio arena.


The contemporary music festival was born in 1997 out of the desire to promote the work of Kaunas-based composers and encourage relationships between Lithuanian musicians from different regions and grew into a solid annual showcase of modern music.


The patron saint of Kaunas is St. Nicholas; the fact makes Kaunas the unofficial Christmas capital of the Baltics. Each year an original Christmas Tree is set up in the Town Hall Square, and a vibrant market stays open until January 6. December is also full of gift bazaars, concerts and other festive activities all around Kaunas. 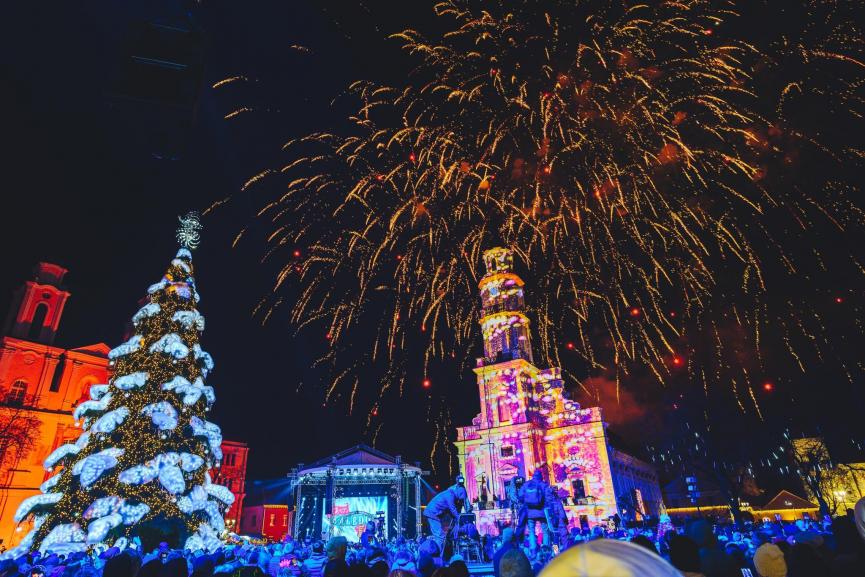 Christmas in 2018. Picture by Andrius Aleksandravičius