Discovering New Angles of Kaunas With a Norwegian Freestyle Champion

It’s Friday evening, the golden hour, and it’s the first time during his three-day trip to Kaunas Adrian Krog is not carrying a ball with him. 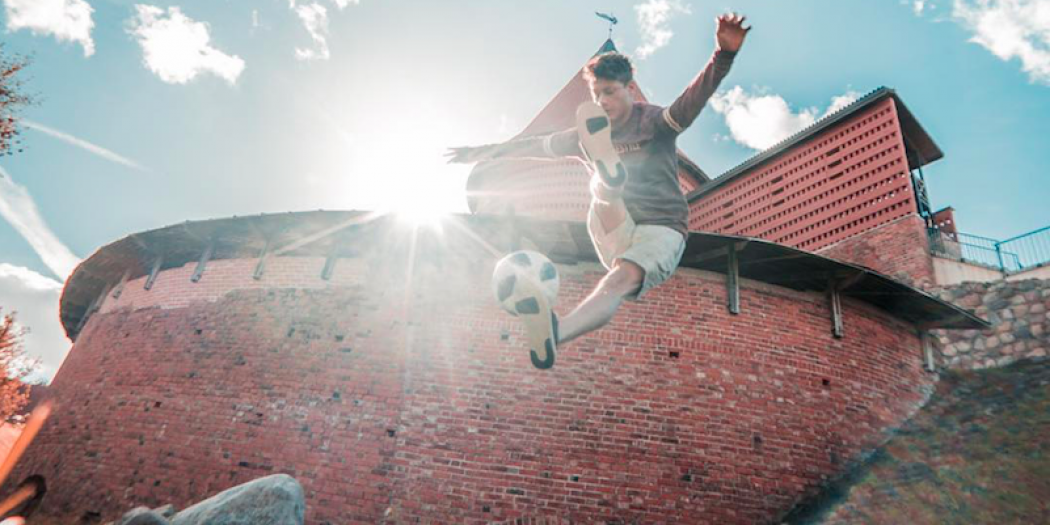 It’s Friday evening, the golden hour, and it’s the first time during his three-day trip to Kaunas Adrian Krog is not carrying a ball with him.

The Norwegian & World Football Freestyle champion has arrived at Monte Pacis, a hospitality complex and restaurant at the baroque Pažaislis monastery, for his last dinner in Lithuania. He’ll be heading home in the early hours on Sunday, and it has been an intense trip.

Adrian does not travel without a ball – not since some ten years ago. A professional athlete has managed to combine what he does best – freestyle football – with discovering new places, cities and countries. Kaunas has been an entirely new spot for him – the Norwegian admits he hadn’t heard much about it before.

Nevertheless, after a tour around the city’s best-known places, which would be it for many short-term visitors, he walked (should we say kicked?) the extra mile to find the most exciting angles for his photos and videos. A picture tells more than a thousand words – here are a few thousand. 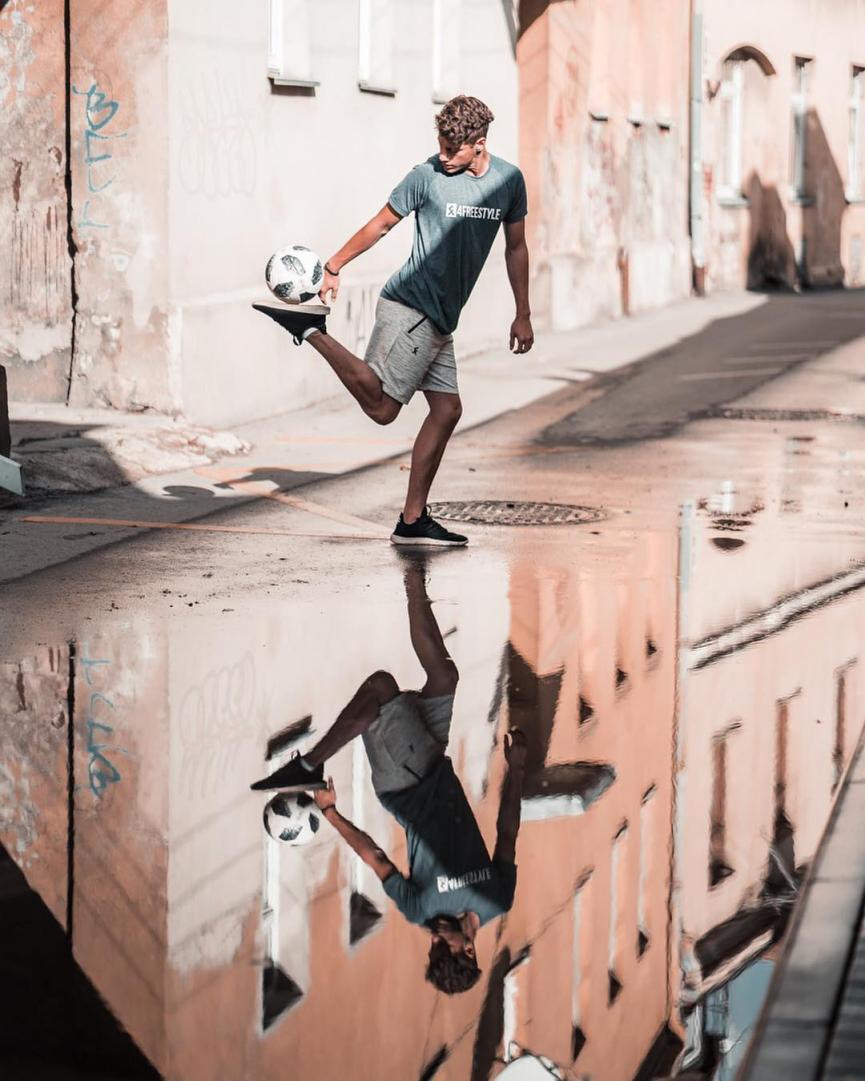 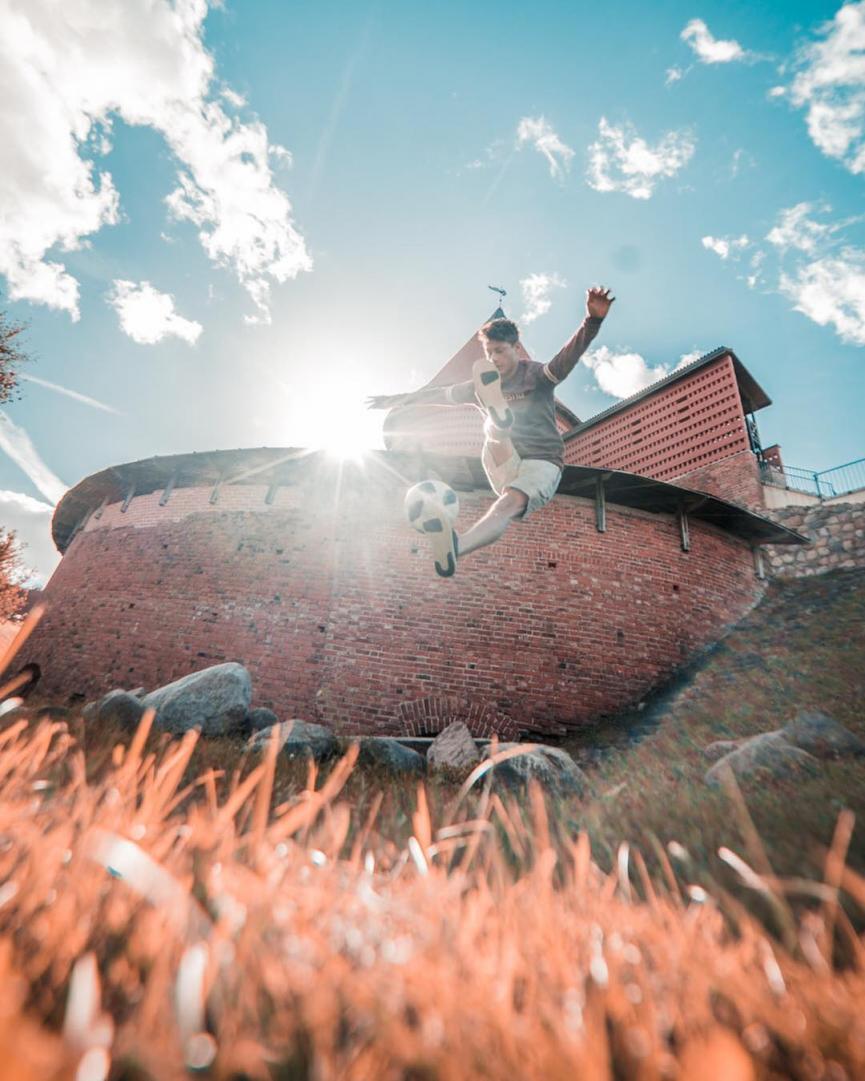 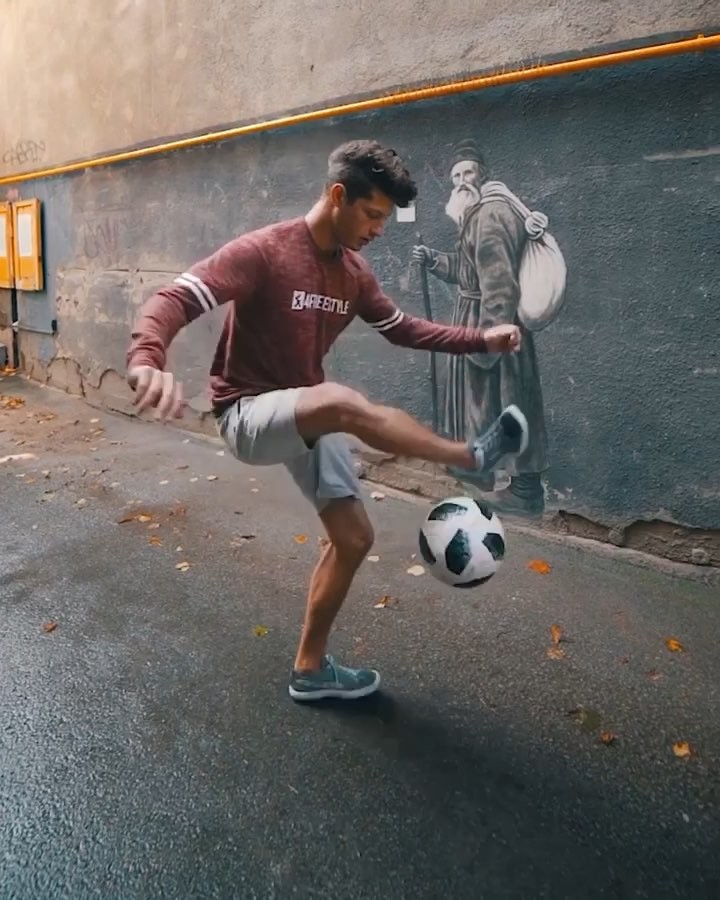 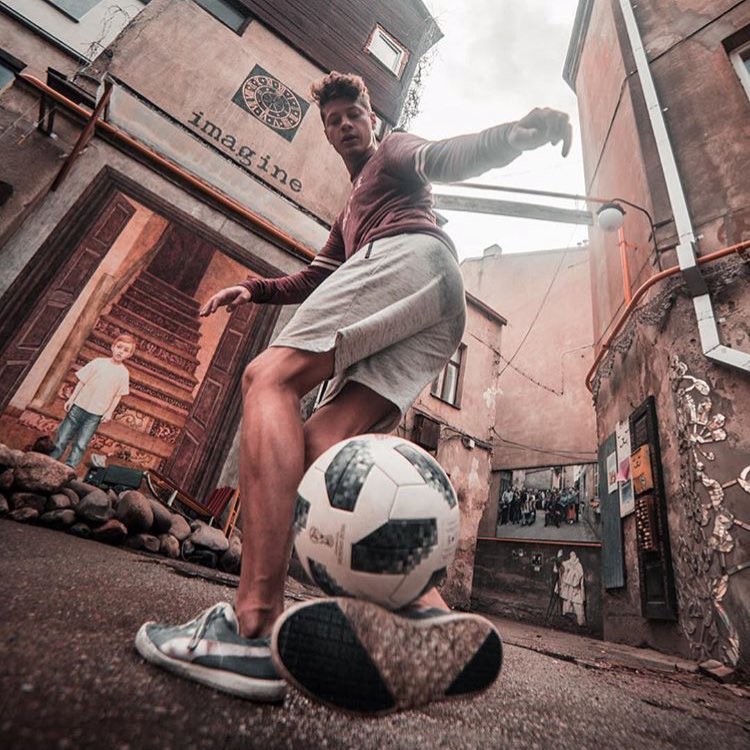 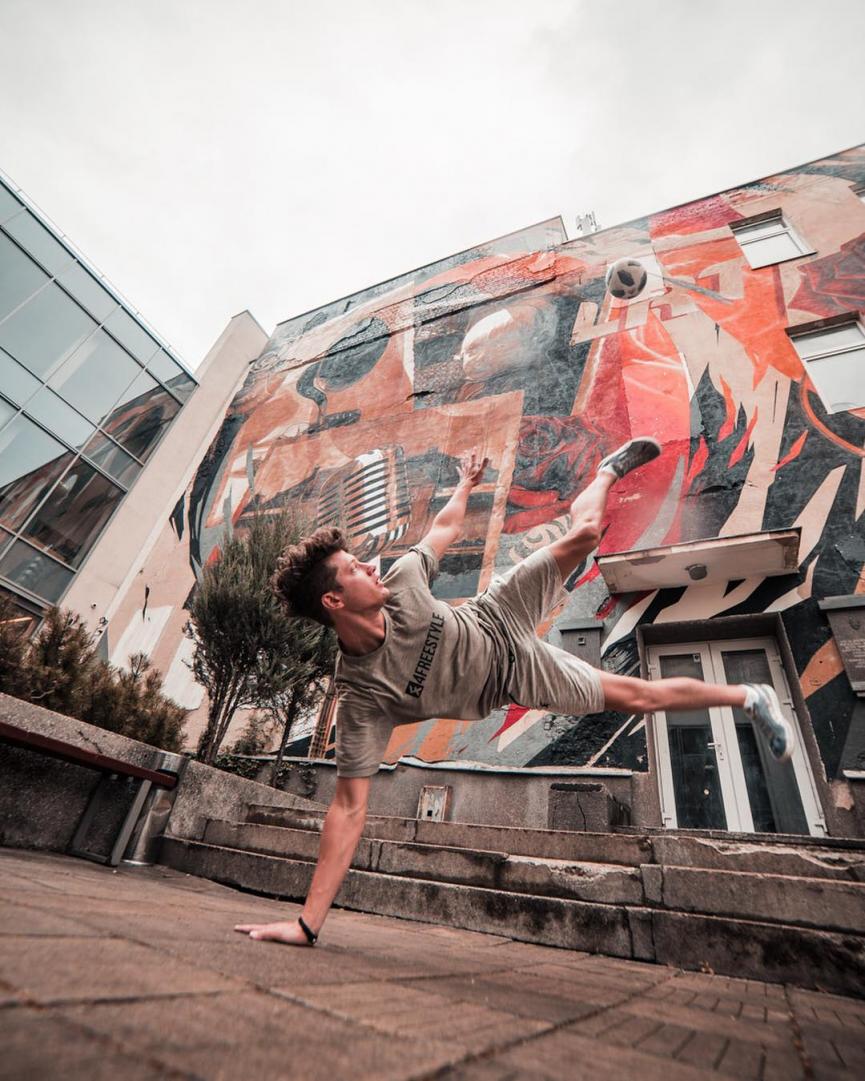 And a secret courtyard at S. Daukanto street! All pictures by @krogfreestyle. Don’t forget to follow him on Instagram for more freestyle and travel videos.

The constant freestyle itch didn’t stop the Norwegian traveller from exploring other sides of Kaunas, too. He tried the local drink culture at the Volfas Engelman brewery studio and indulged into local dishes. On many of the occasions, he shared the insights to Kaunas with fellow Norwegians Sofie Laxaa and her sister Eilin Laxaa – both from Ålesund.

The girls also told us that while Adriaan was tasting drinks, they explored the Museum of Illusions located at the Akropolis mall and dove in the vast Lithuanian art collection at the National M. K. Čiurlionis Museum of Art. Check out Sofie’s Instagram profile for more stories from Kaunas. 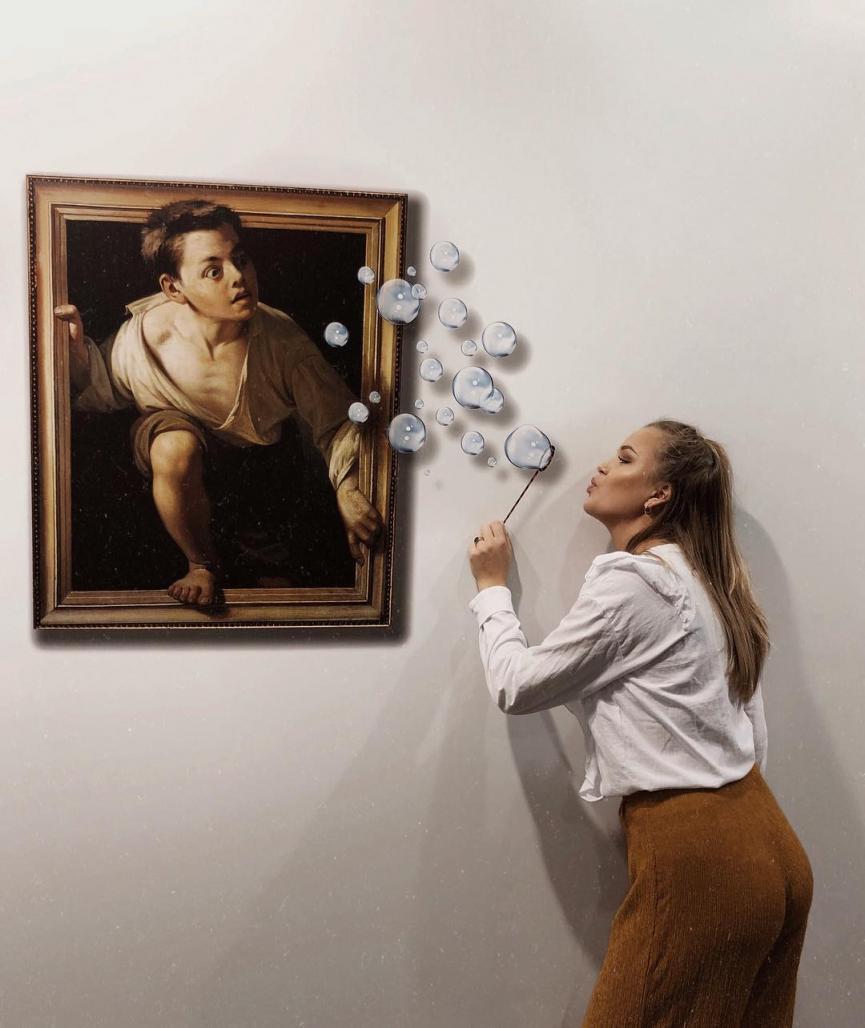 Is it Sofie or just an illusion..? Photo by @Sofielaxaa

As we mentioned above, we met all of the Norwegian crew at Monte Pacis, where they were treated with various culinary experiments and compliments of the chef, as well as Lithuanian fruit wine. Unanimously, Adrian, Sofie and Eilin also sent their love to Višta Puode, a traditional food restaurant that makes you feel you’re at your Lithuanian grandma’s. The guys also were among the first visitors of the new location of Ieti, one of the top foodie picks in Kaunas. The restaurant has just moved to the Town Hall square!

Adrian, Sofie and Eilin stayed at Park Inn by Radisson Kaunas. Kaunas IN sponsored their trip.

Wizz Air flies to Kaunas from Bergen, Stavanger and Ålesund. Check the timetable and book your tickets here.