Lithuania’s cultural heritage suffered over the centuries due to political and historical events hence the importance of the remaining items. 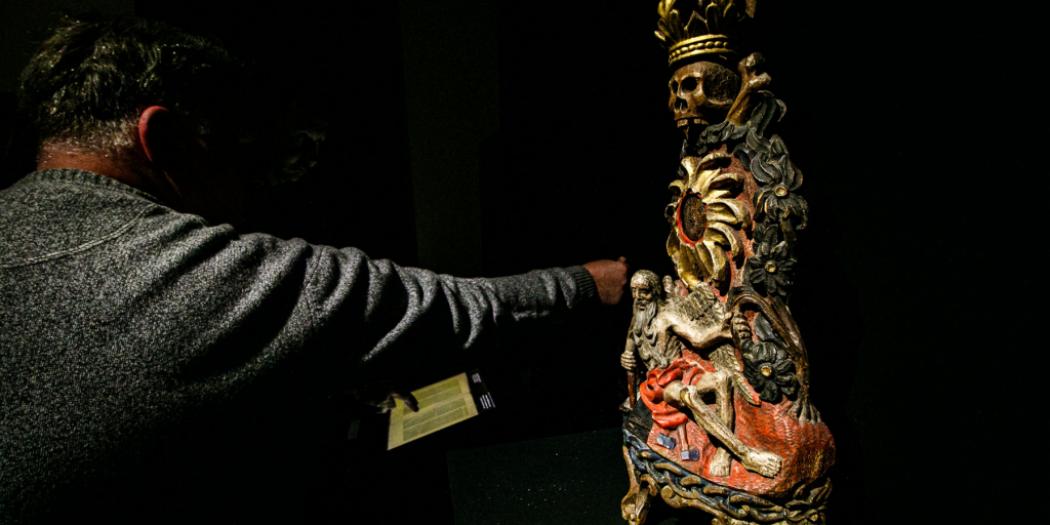 Medieval treasures, legends, rarities, death, church and the world of the rich. All of the above welcome visitors to the new permanent exhibition “Lithuanian Art. 14th – 19th centuries“ at M. K. Čiurlionis National Museum of Art. The exhibition presenting the development of visual and decorative arts in Lithuania over 600 years was opened on the occasion of the museum’s 98th birthday in December. Recently renovated to the tiniest detail, the colossal building on V. Putvinskio street is a work of art itself. Some even call it the crown of the modernist architecture network in Kaunas. The new exhibition is a great reason to visit or revisit!

Lithuania’s cultural heritage suffered over the centuries due to political and historical events hence the importance of the remaining items. Room I of the exhibition presents early examples of art created in our country, including treasures of coins and jewellery; tiles and plates excavated in Kaunas; the oldest known Lithuanian sculpture – “The Žygaičiai Lion”; rare books including the privilege of land and population granted to the Bishop of Samogitia and the Capitula by Vytautas the Great; the painting “Memento Mori” which is complemented by the extremely rare sculpture “Time allegory” used in monasteries. 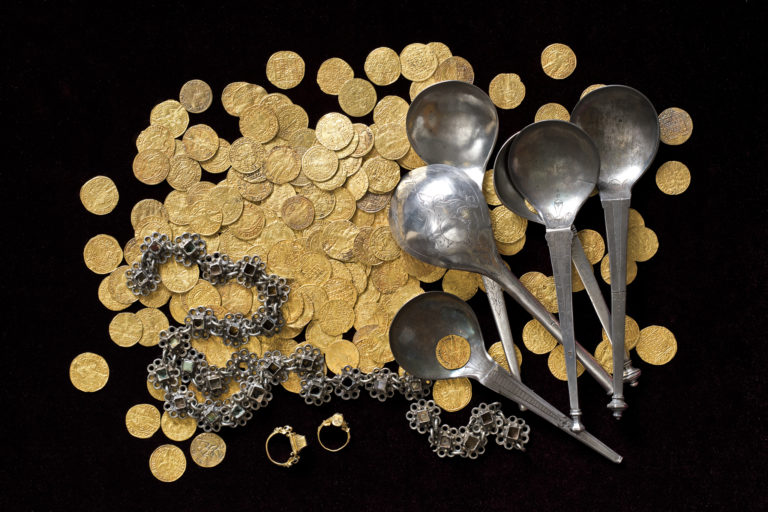 In Room II, the visitor can witness examples of ecclesiastical art: Gothic Madonnas. Gothic sculpture appeared in Lithuania after 1387, date of the state’s official Christianization and was initially executed by sculptors from the Czech Republic, Poland, Livonia, Prussia, and Germany. Inspired by the work of foreign artists, local sculptors also began to produce works.

Room III provides glimpses into the life of the nobility: elements of interiors and apparel; works of art. As in the rest of Europe, portrait painting had become popular in Lithuania the 16th century. From the 16th to the 18th centuries, portraits of the clergy, gentry, and nobility were executed by local artists. Portraits were often given as diplomatic gifts – they served to decorate private residences and churches. Families started to set up portrait galleries; bishops collected works depicting high church figures and monasteries held portraits of their superiors and patrons. 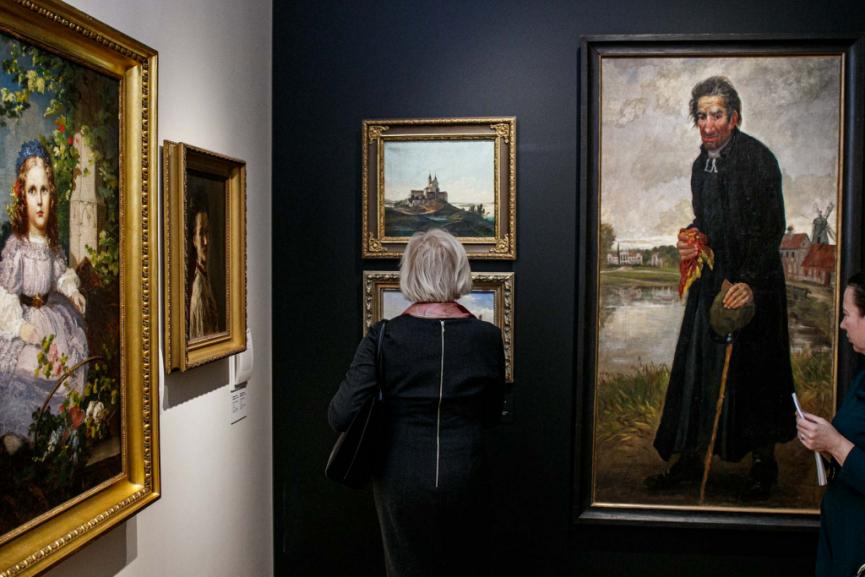 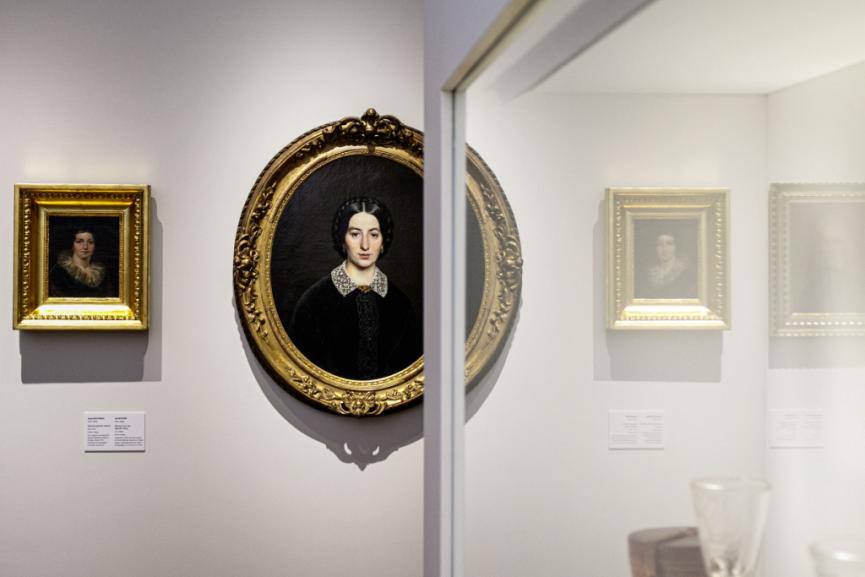 Nobles invited foreign artists to Lithuania or commissioned portraits from abroad, which resulted in an influence on local artists. At the end of the 18th century, most of the visiting artists were academic painters. Some excellent examples of the late 18th century to early 19th-century academic portraiture is shown here.
The first local professionals, working in Classic and Romantic styles, emerged from the Departments of Architecture and Art (eventually known as the Vilnius Art School) established at the University of Vilnius. Portraits by Jonas Rustemas, Head of the Painting Department and Karolis Rypinskis, a graduate of this school, are exhibited here. Also included in the exhibition are card sketches by Rustemas and the “Siberian Drawings” by Jonas Damelis, also from the Vilnius Art School.

The stylistic development of Lithuanian art diversified in the middle and second half of the 19th century. With the closing of the University of Vilnius after the 1863 uprising, students went to study art in St. Petersburg, Moscow or Western European countries. Works by students from the St. Petersburg Academy of Art shown here are by Tadeusz Gorecki and Jan Chrucki (new academics); Michał Elwiro Andriolli, Vincent Dmochovski, Edward Mateusz Römer and others.